Shanked
7 years • Edited
300th reply, you should be on vacation the day you play Man U and let giggs manage your team

The arrival of Ryan Giggs as assistant manager has not done much for Aston Villa with the team still having mixed form, something David Beckham has described as "not good enough". The Lions barely scrapped through the Capital One Cup Quarter Finals after winning a narrow penalty shootout against Brighton and suffered an embarrassing loss to high-flying Newcastle. On the bright side, players are returning from injuries, giving Becks and Villa a boost. 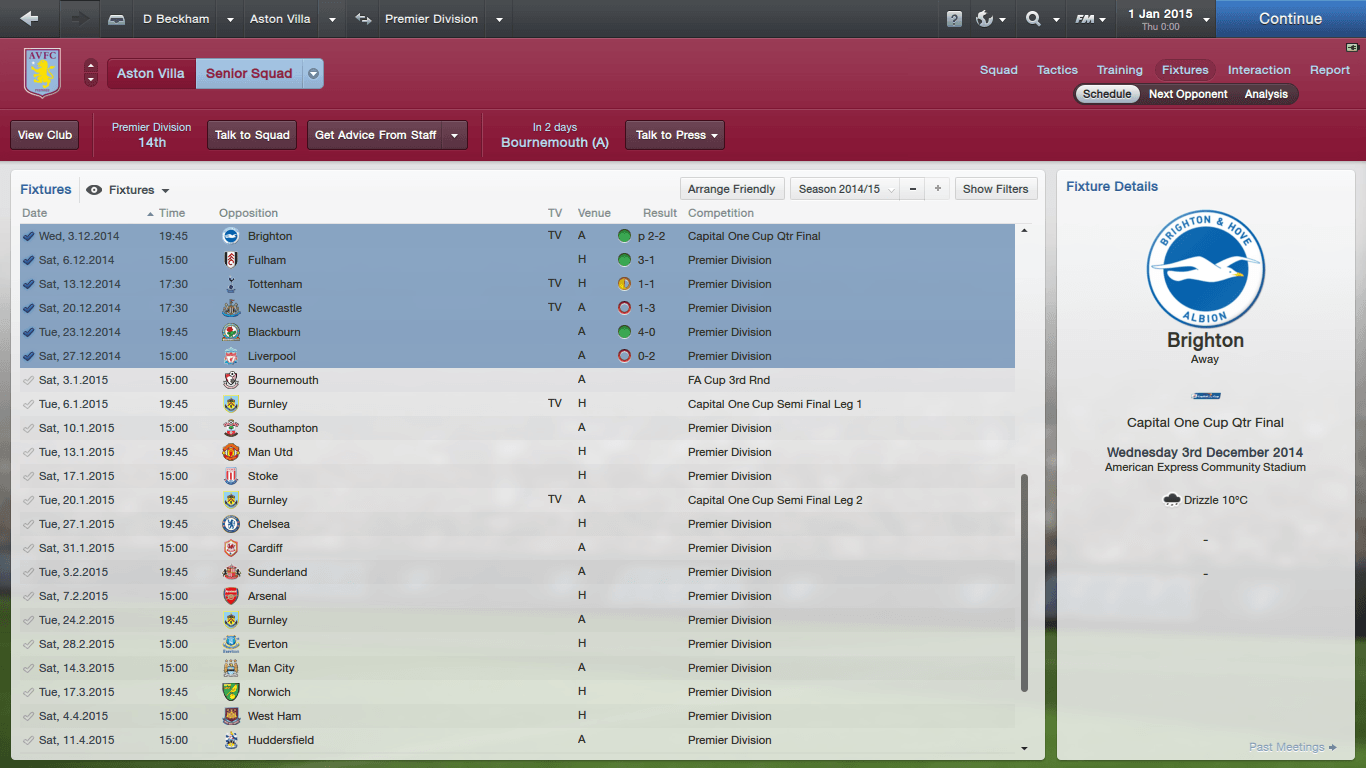 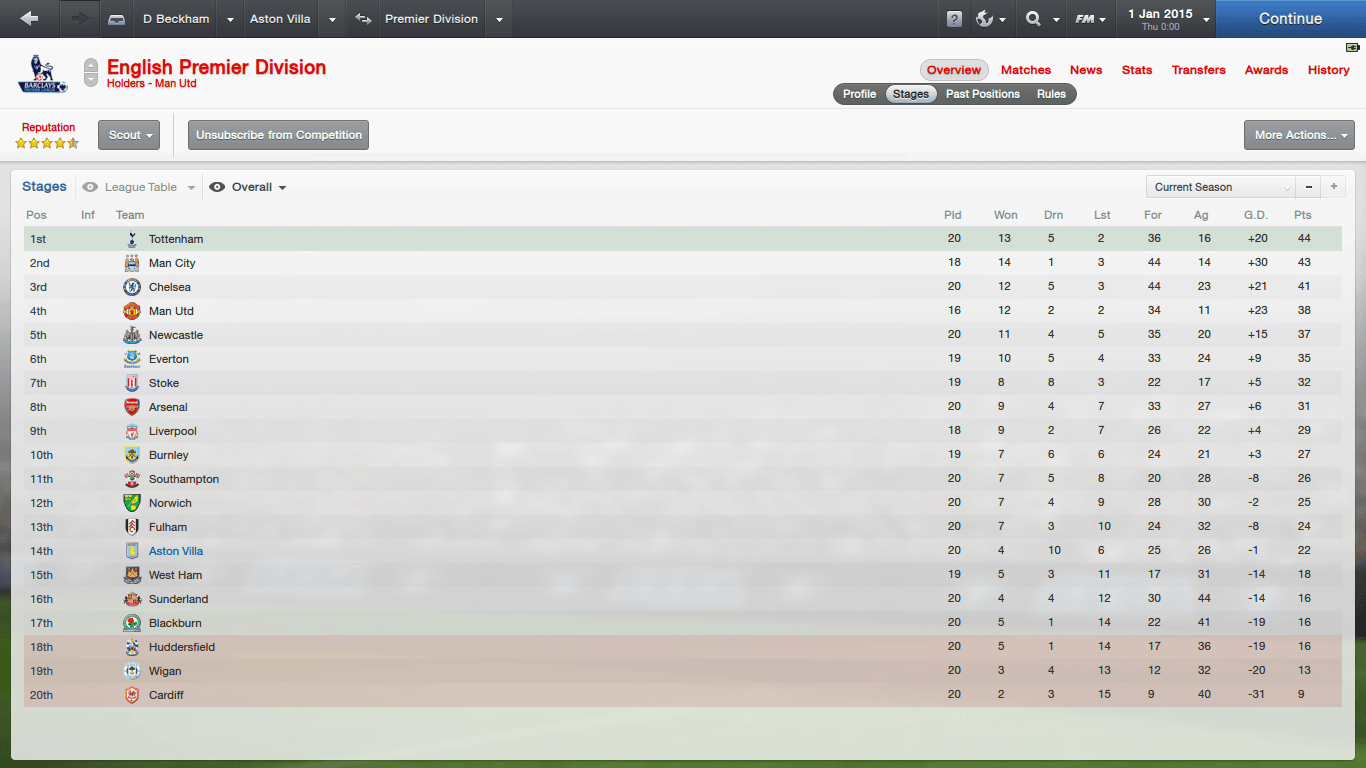 An Aston Villa youngster has won the Young Player of the Month award again and this time it is Colombian John Romero, who came 3rd in the exact same award last month. 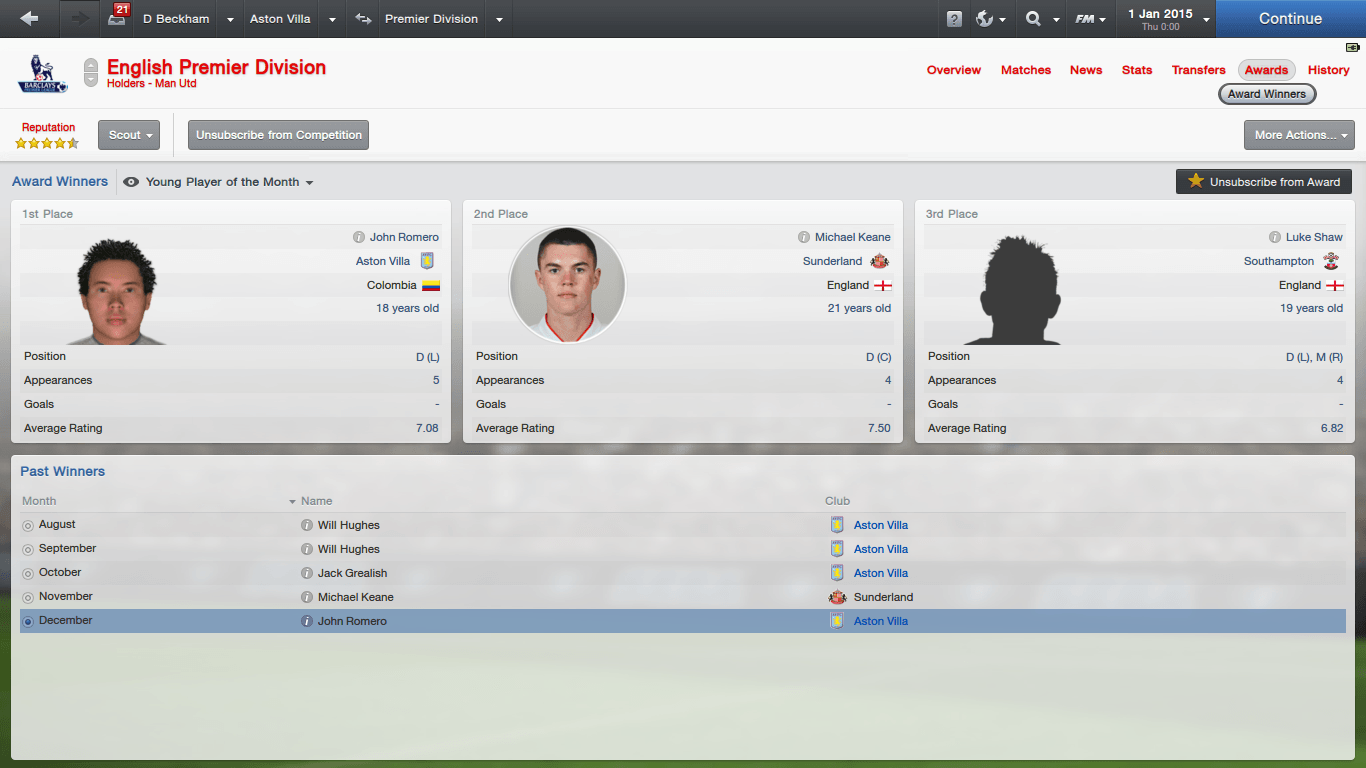 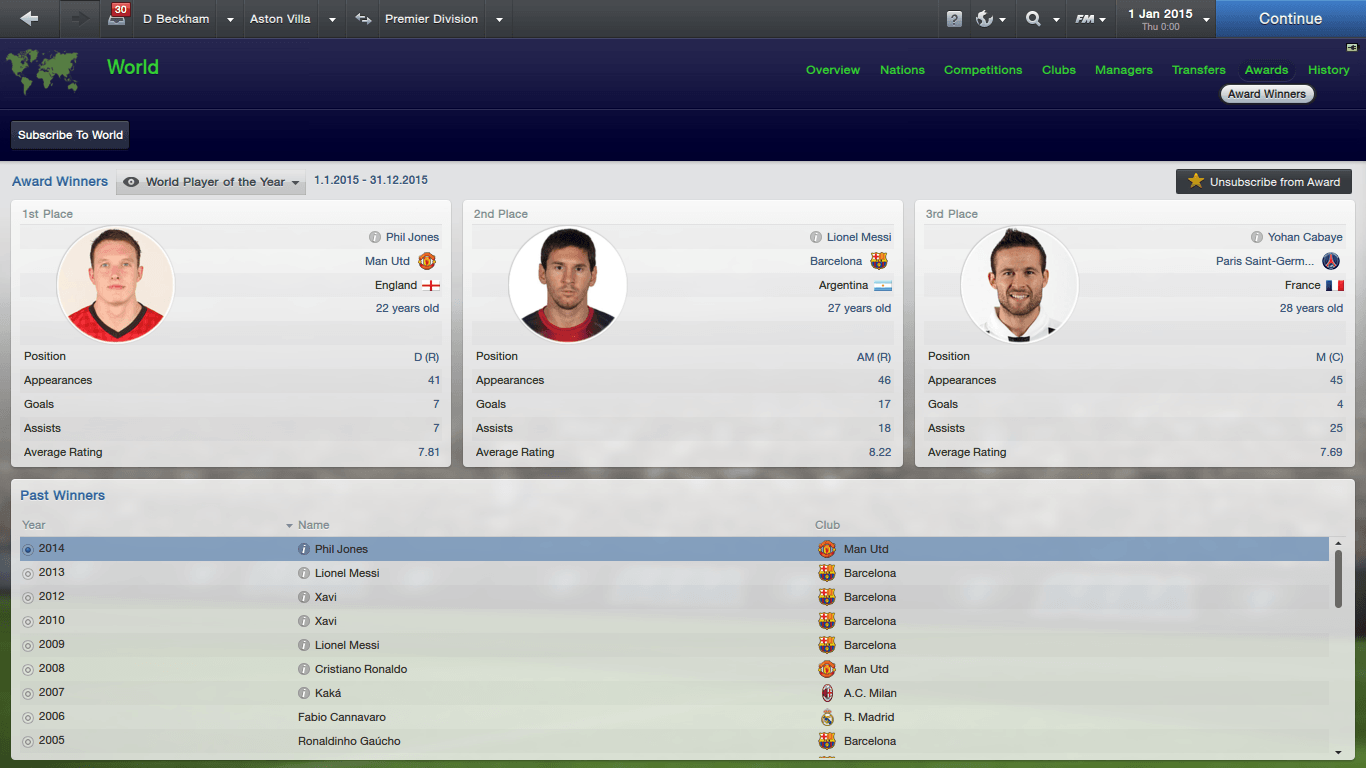 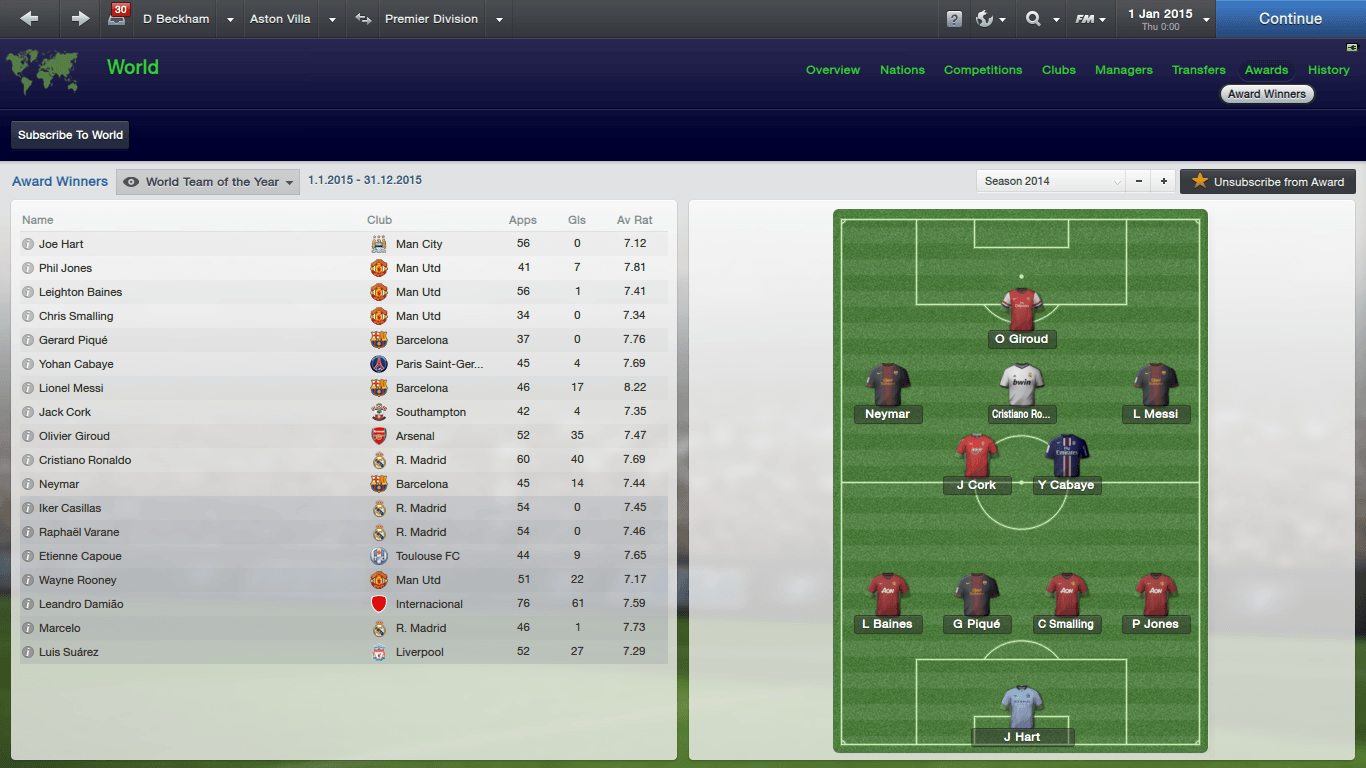 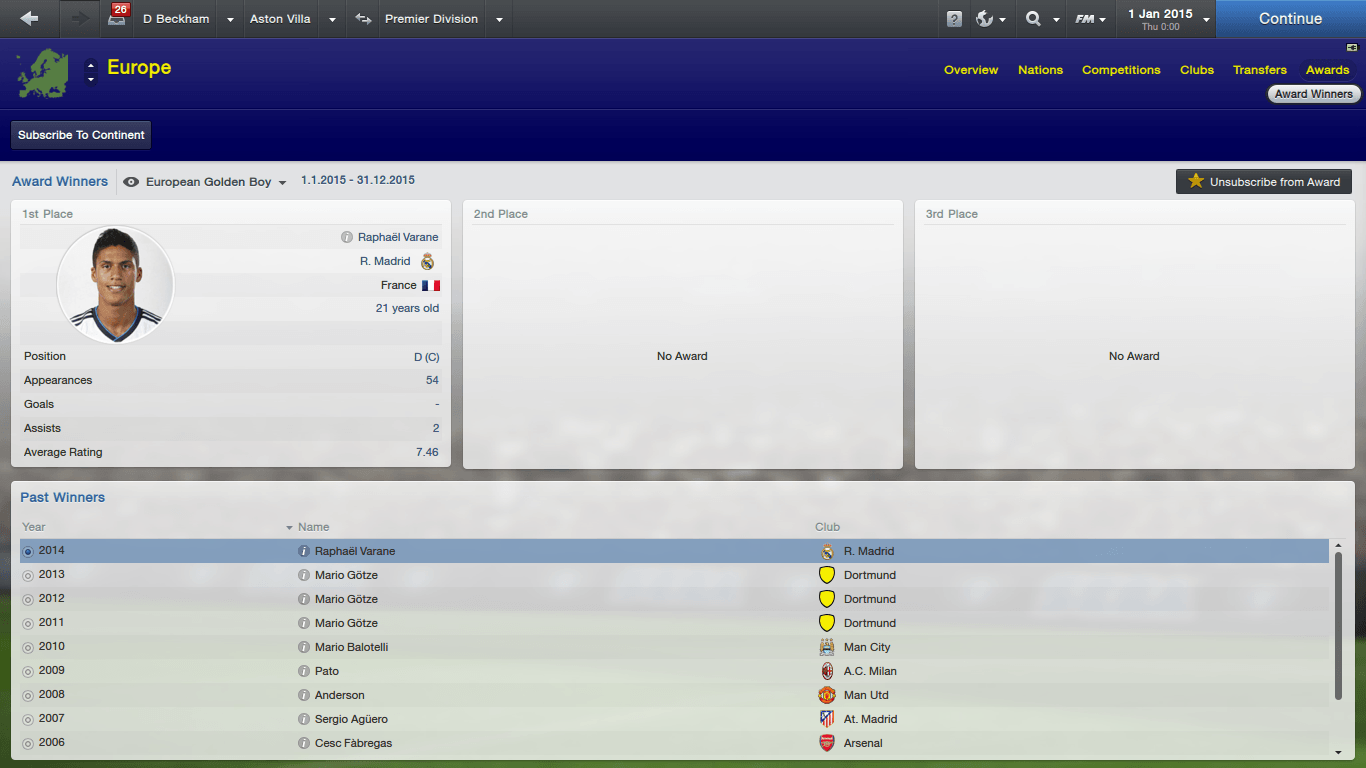 Beckham: England at the Top

Former England talisman David Beckham has stated his opinion on his country's national side. 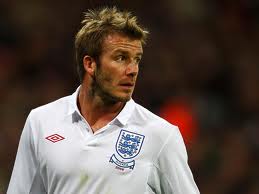 "England is definitely the best national side in the world as of now," said the 39-year-old, who now manages Aston Villa in the Premier League. "We've won the World Cup, we're first in the national rankings, and now here we have two guys who made the top three for the Ballon d'Or, and one of them won the World Player of the Year. It will be hard for anyone to argue we are not the best side."

The players Beckham was referring to are Steven Gerrard and Phil Jones. Both came in 2nd and 3rd for the Ballon d'Or respectively, with Lionel Messi winning the prestigious award. Jones also won the World Player of the Year.

"For Stevie, I was surprised, but glad," Beckham reveals. "He is a great man and a fantastic player. To be able to be named runner-up to the Ballon d'Or at the age of 34 is a massive achievement. He's done so much for Liverpool and it's great to see that his form in recent seasons are being recognized. "Phil Jones is also another lad who has done our nation proud. He's only joined United in 2011 but he's improved so much and there is no doubt that he is England's best player at the moment, and the best defender in the world. He's only 22 as well so he's got years ahead of him. United and England are both lucky to have such a player on their hands." 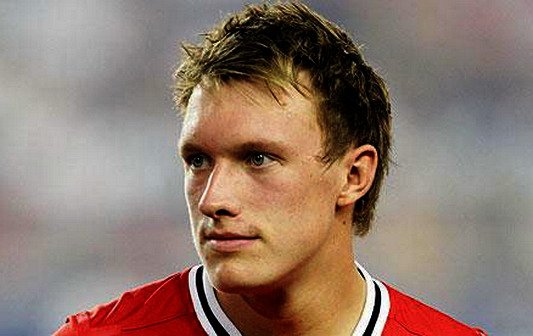 Beckham also paid tribute to Wayne Rooney, who was hotly tipped to be in contention for the Ballon d'Or but failed to make the top three.

"It's disappointing to see Wazza not in the top three at least. He's such a good player and he to Manchester United is like what Stevie is to Liverpool." Your game is seriously messed up.
Login to Quote

Your game is seriously messed up.

Bent: Beckham is the Best

Aston Villa striker Darren Bent has called for the fans and board to "back the manager" and has paid tribute to David Beckham for keeping faith in him after his return from a three-month injury. 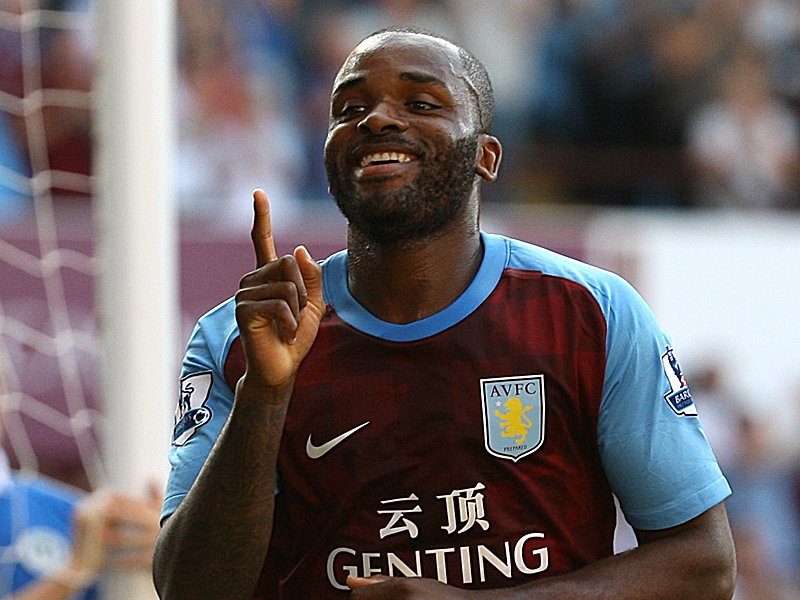 While recovering from an initial injury and regaining match fitness, Bent joined the Aston Villa Reserves in a match against Liverpool Reserves but tore his hamstring, and his comeback to the senior team had to be put off for three months.

Now, he has returned to full fitness and Beckham has immediately put his faith in the forward by playing him in the FA Cup tie against Bournemouth.

Bent repaid this faith by scoring 4 goals in a 3-6 win over the League One club, and he followed this up by scoring another two goals in the first leg of the Capital One Cup Semi Final, against Burnley, as Villa won 5-2.

The Englishman is set to make his return to the Premier League against Southampton next week.

"Becks was really good with me," said Bent. "He put a lot of faith in me. I feared I would lose my touch after this horrible injury but now I know I'm still at my best.

"He's given me the chance to prove myself again and because of that, I think he is the best manager in England right now. He trusts his players and his players trust him.

"If you play under or work with someone like David, then you are a lucky man." 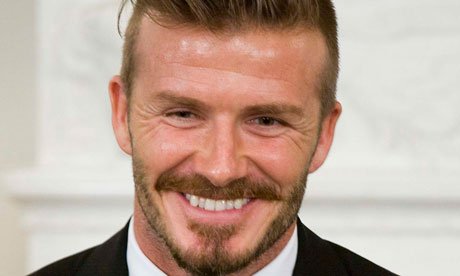 A Touch of French 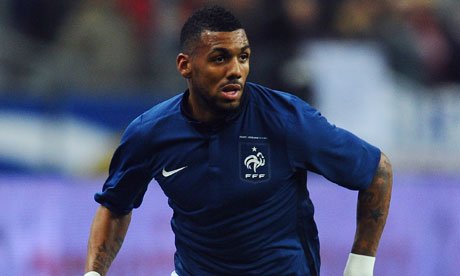 24-year-old French international Yann M'Vila has agreed to join Aston Villa on loan from Chelsea until the end of the season.

M'Vila joined the Blues in 2013 for a mega fee of 18 million but has failed to live up to expectations and quickly found himself rotting in the Reserves.

However, he has now been offered a first-team chance at Aston Villa, with the Villans paying a hefty 1.9 million per month for his temporary services, adding up to an eventual 9.5 million at the end of the season. 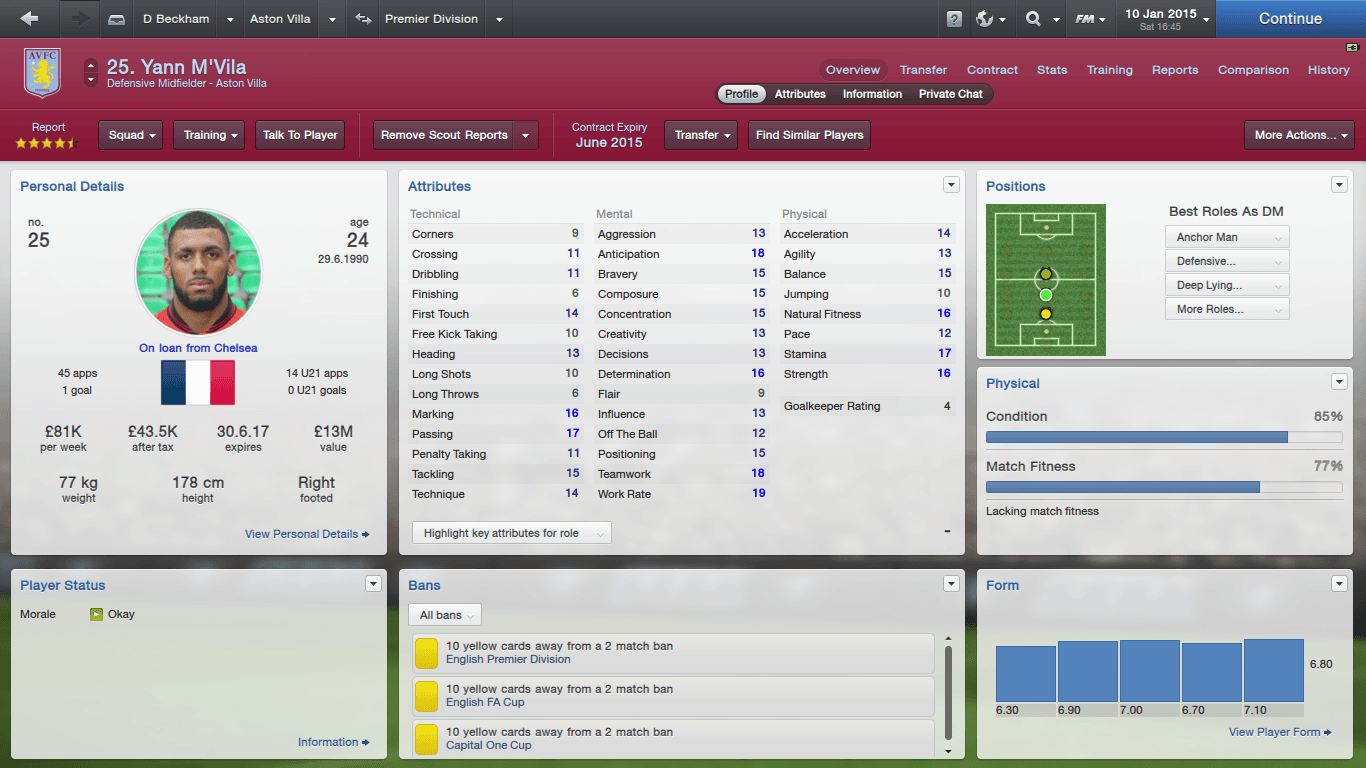 However, David Beckham still reveals that he is "pleased" with the deal.

His arrival could signal the departure of fellow defensive midfielder Ashley Westwood, who has been struggling to regain his spot in the first-team, with the signing of M'Vila only further limiting his chances.
Login to Quote

Thanks Blue!
Login to Quote

patrick1
7 years
Awesome signing, surprised Chelsea were willing to loan him out lol and lmfao at Jack Cork being named in World Team of the Year

Jamesg237
7 years
M'Vila is a fantastic signing, especially for a Villa side. I have always been interested in signing him. Keep up the good work Glenn.
1
Login to Quote