It was a packed month for Aston Villa as they played a whooping 9 matches in total in January. Despite getting all the way to the Final, a massive achievement for Villa and Beckham, they have been disappointing in the Premier League this month and Becks knows that he will have to improve on the squad's inconsistency. 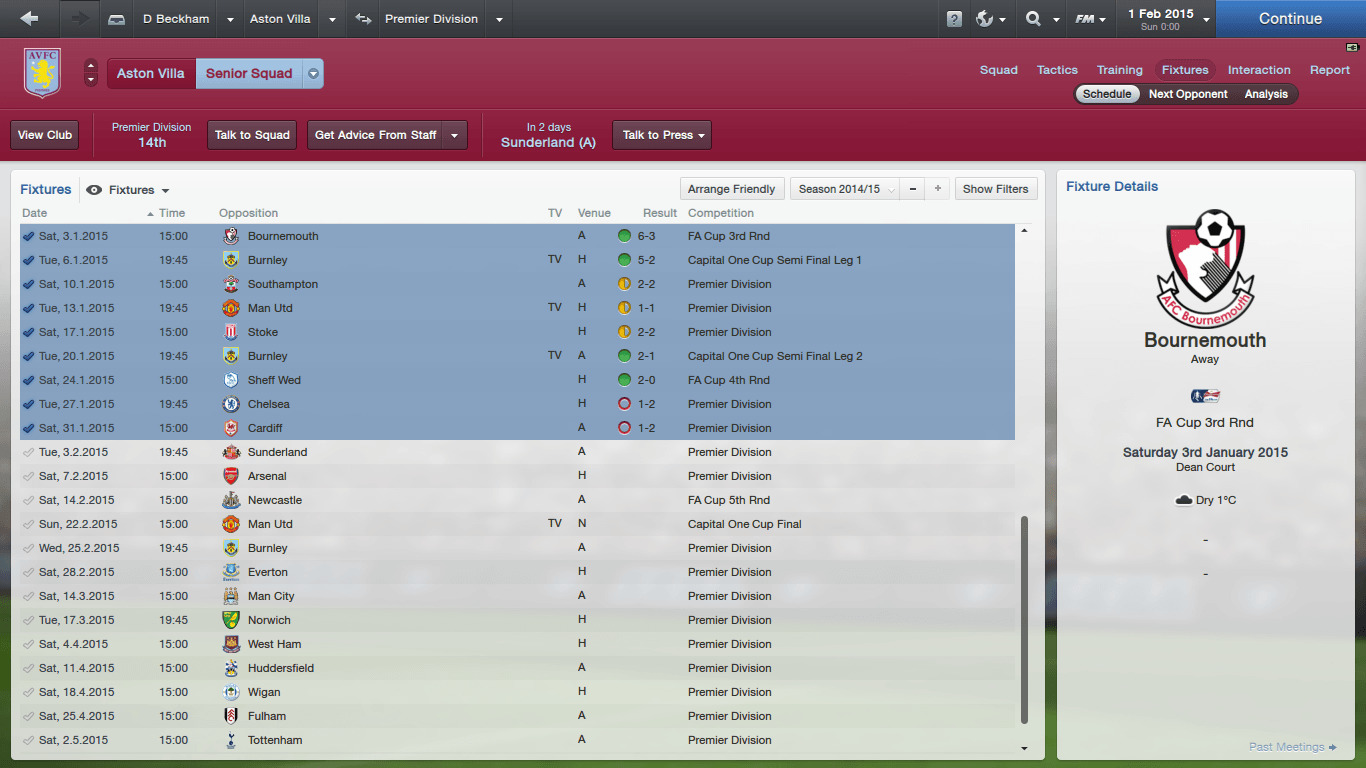 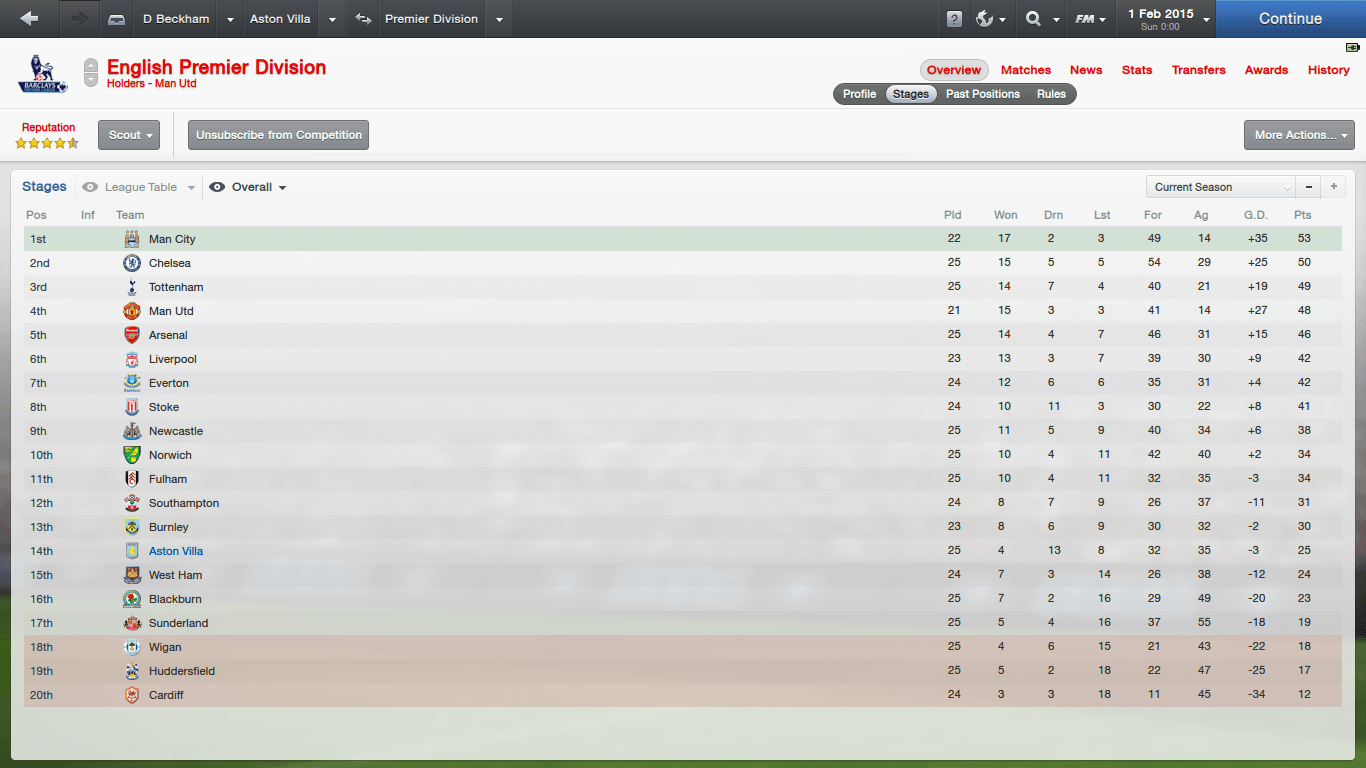 It has been domination on the Young Player of the Month charts for Aston Villa again as Doria has now won the award. Will Hughes has also done well to make a comeback from his long-term injury and comes in runner-up, while Andrew Black is in 3rd place for the month. A spectacular month for the youngsters. 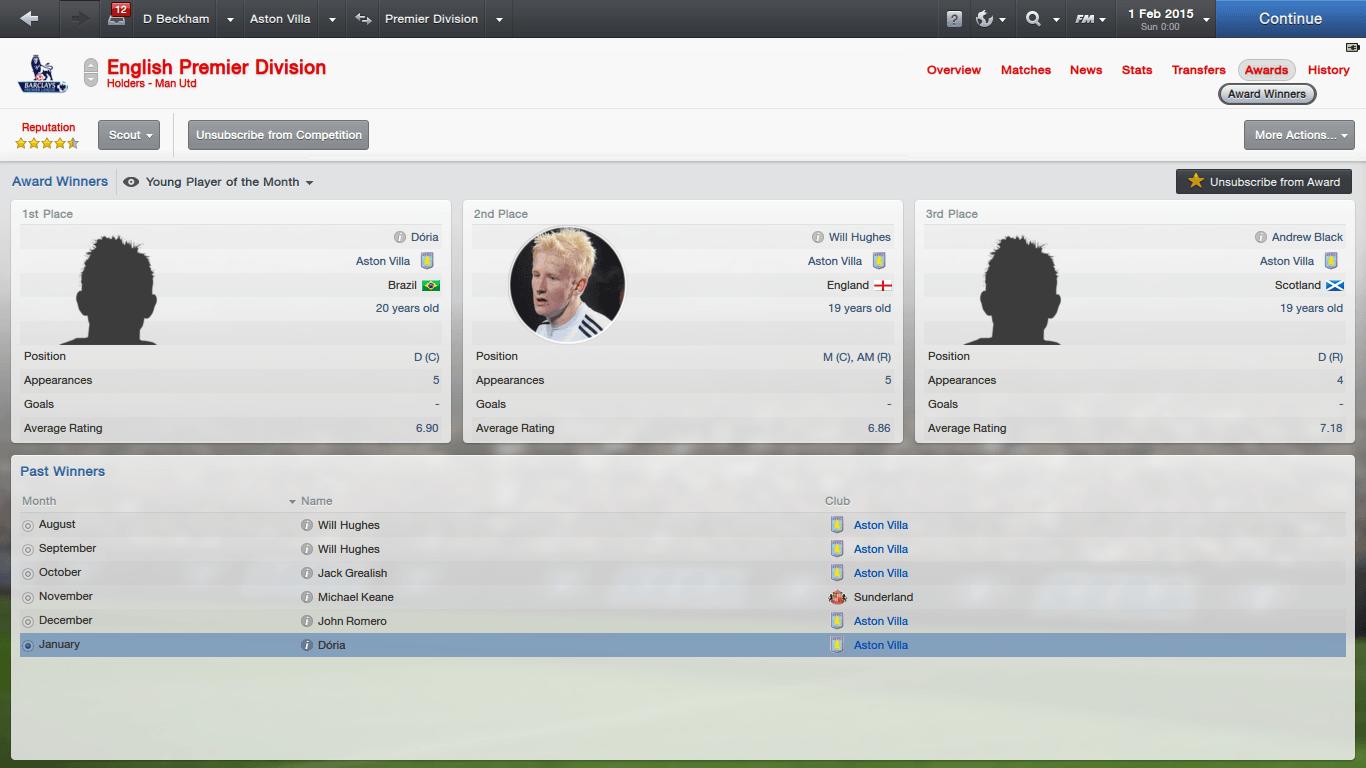 Ashley Westwood and Mattia Destro have departed Aston Villa with manager David Beckham describing the reasons as "not enough places (in the team)".

Westwood joins Championship side Swansea for a fee of 2.4 million while Destro will link up with fellow Premier League club Southampton for 5 million. 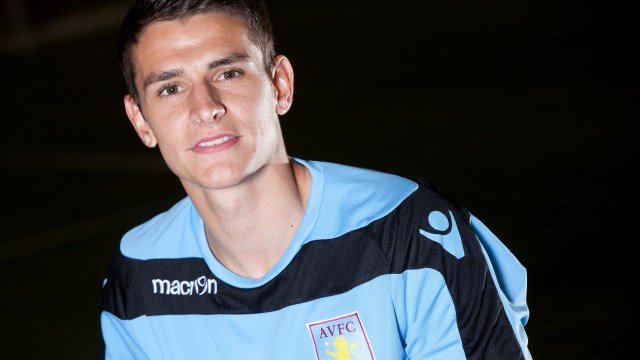 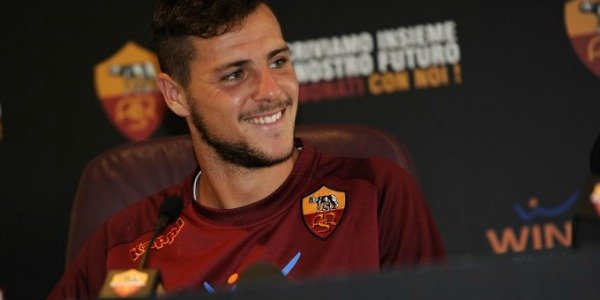 Westwood has been struggling to prove his worth under Beckham since both arrived in 2012, making only 49 appearances in two and a half seasons. The defensive midfielder will now drop down to the Championship to help new club Swans fight for promotion back to the English Premier League, after falling behind Fabian Delph, Gary Gardner and Frank Lampard in the central midfielder position at Aston Villa.

Destro has found himself unable to live up to potential, scoring only 3 goals in 13 appearances this season and has been shipped off to Southampton after his fairly unsuccessful stay at Villa since joining on a free transfer from Genoa a year and a half ago.

With the departures of both players, Aston Villa have raked in a record income of 22.5 million this entire season, with Beckham having been more keen on selling than buying.

Not a very busy transfer window for David Beckham but nevertheless the signing of Yann M'Vila could prove to be a very good one. 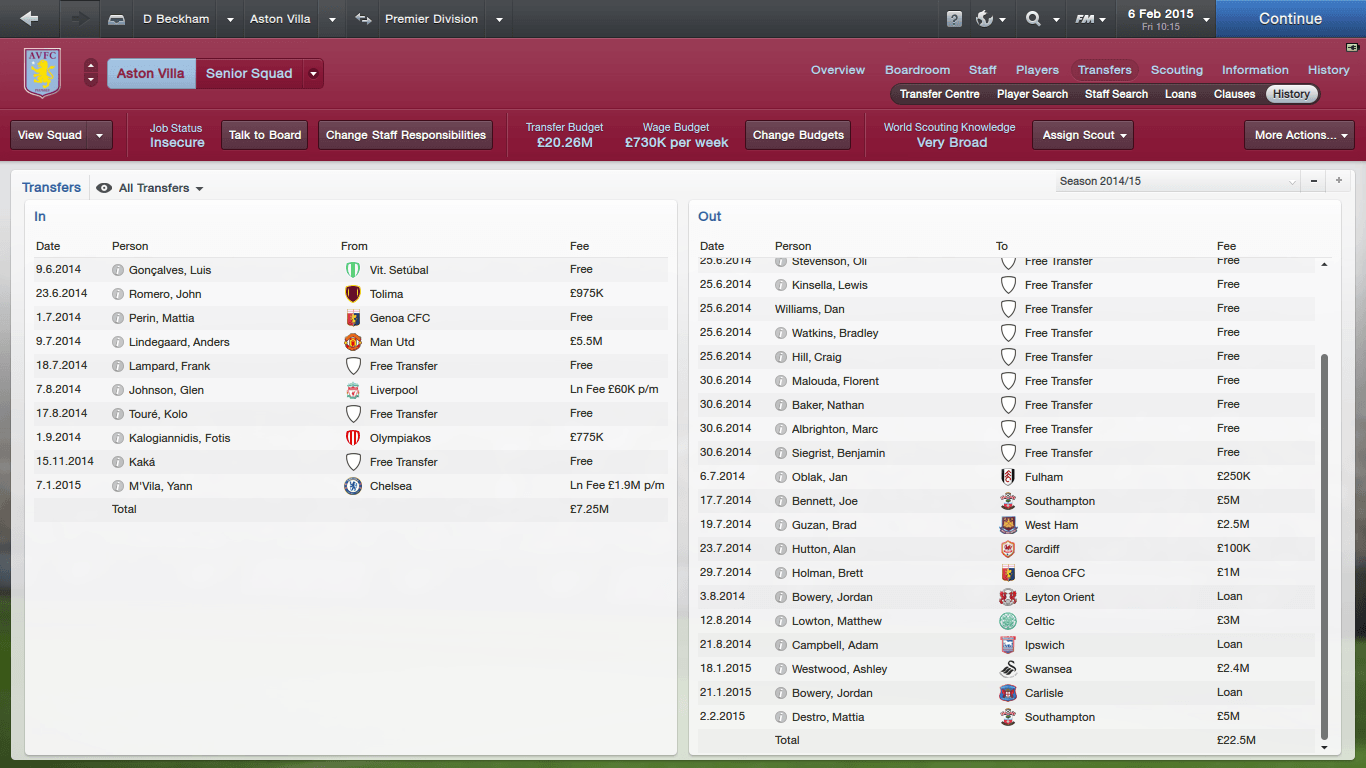 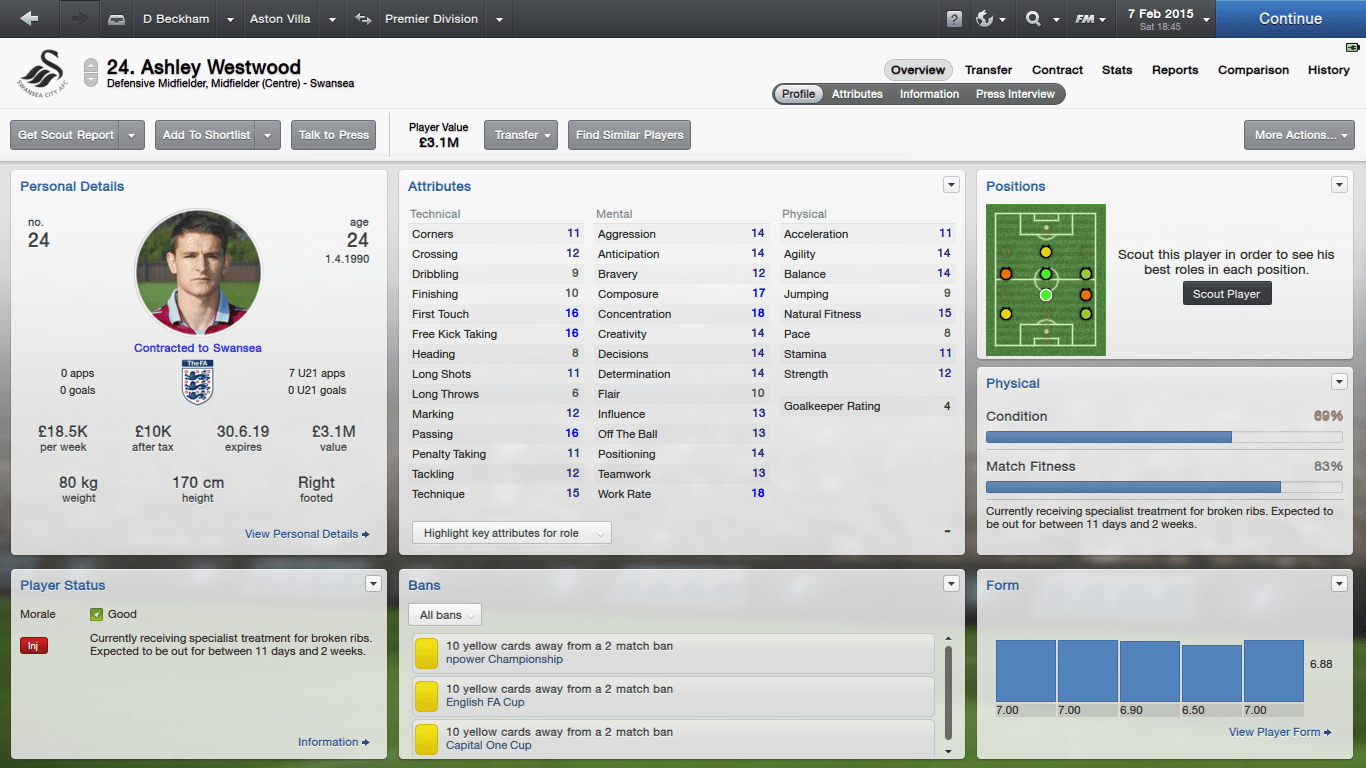 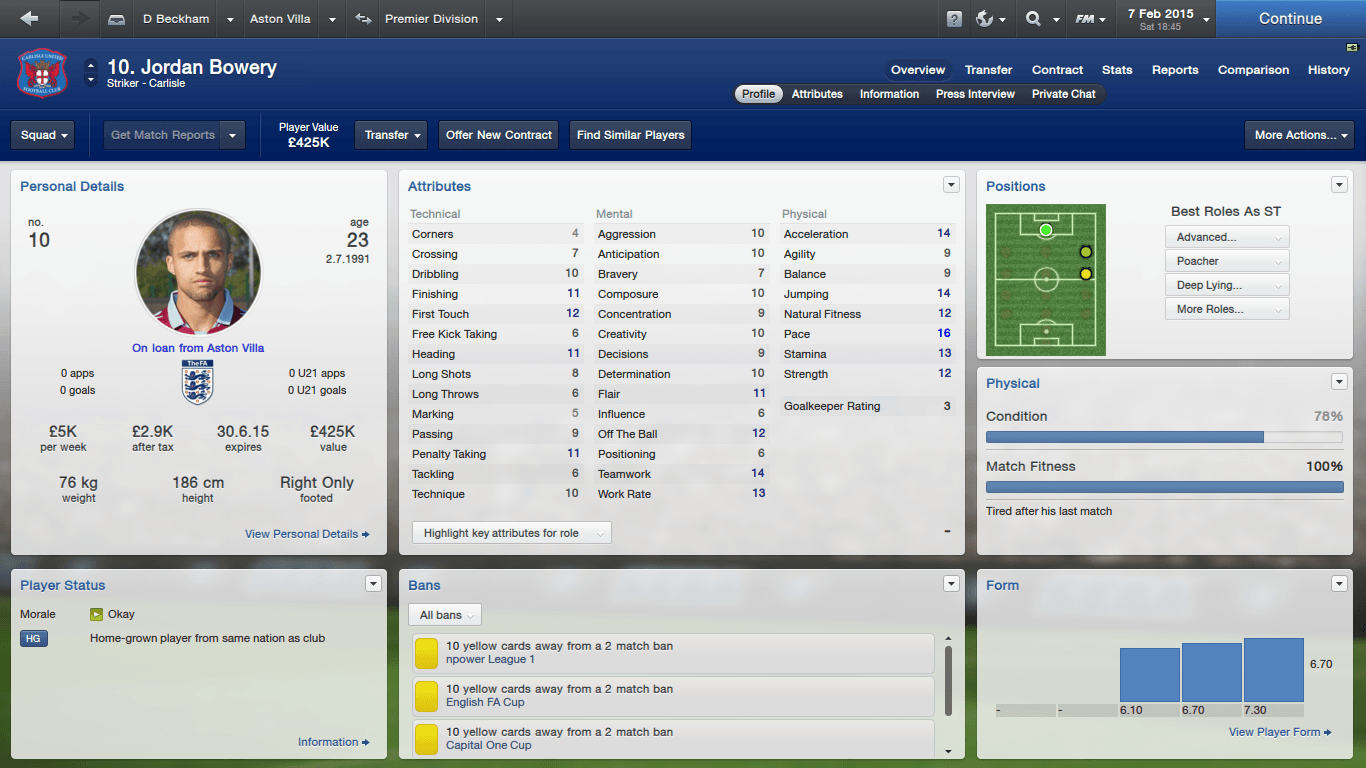 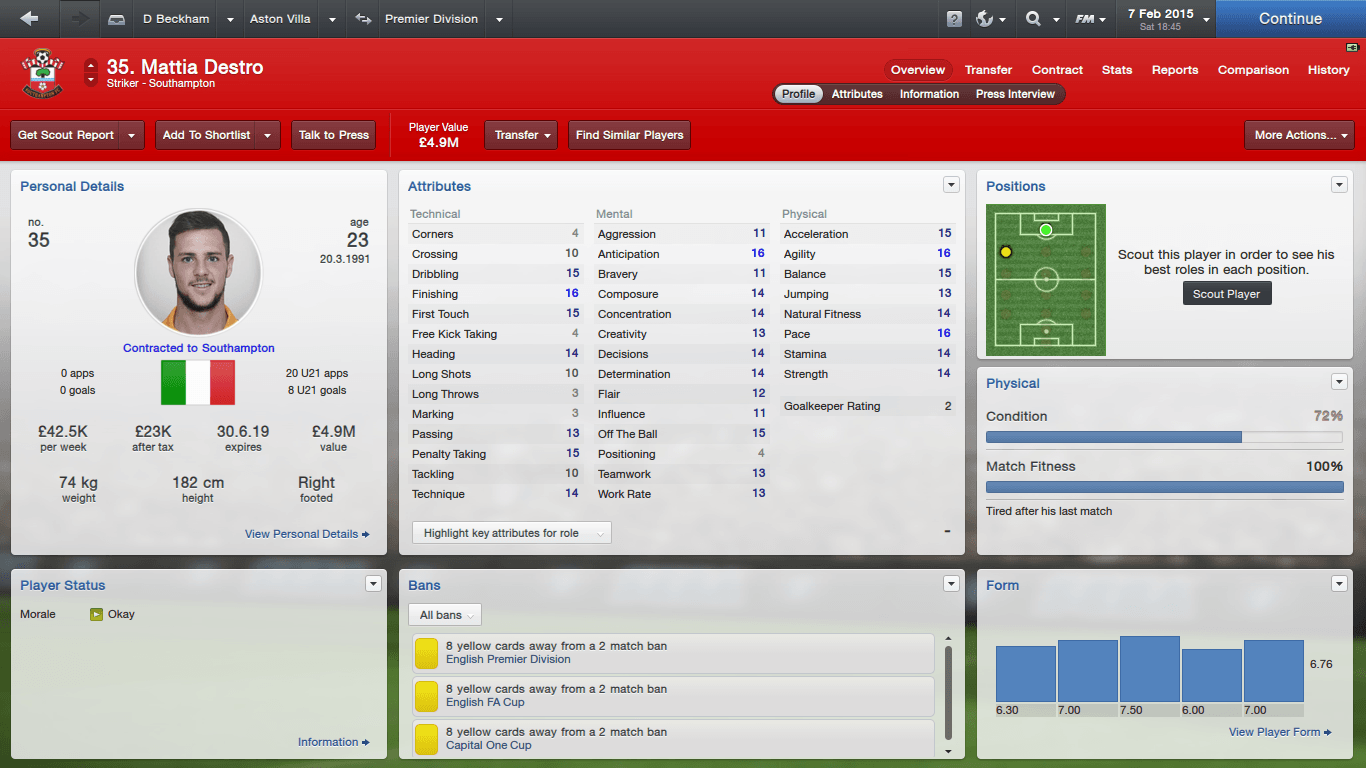 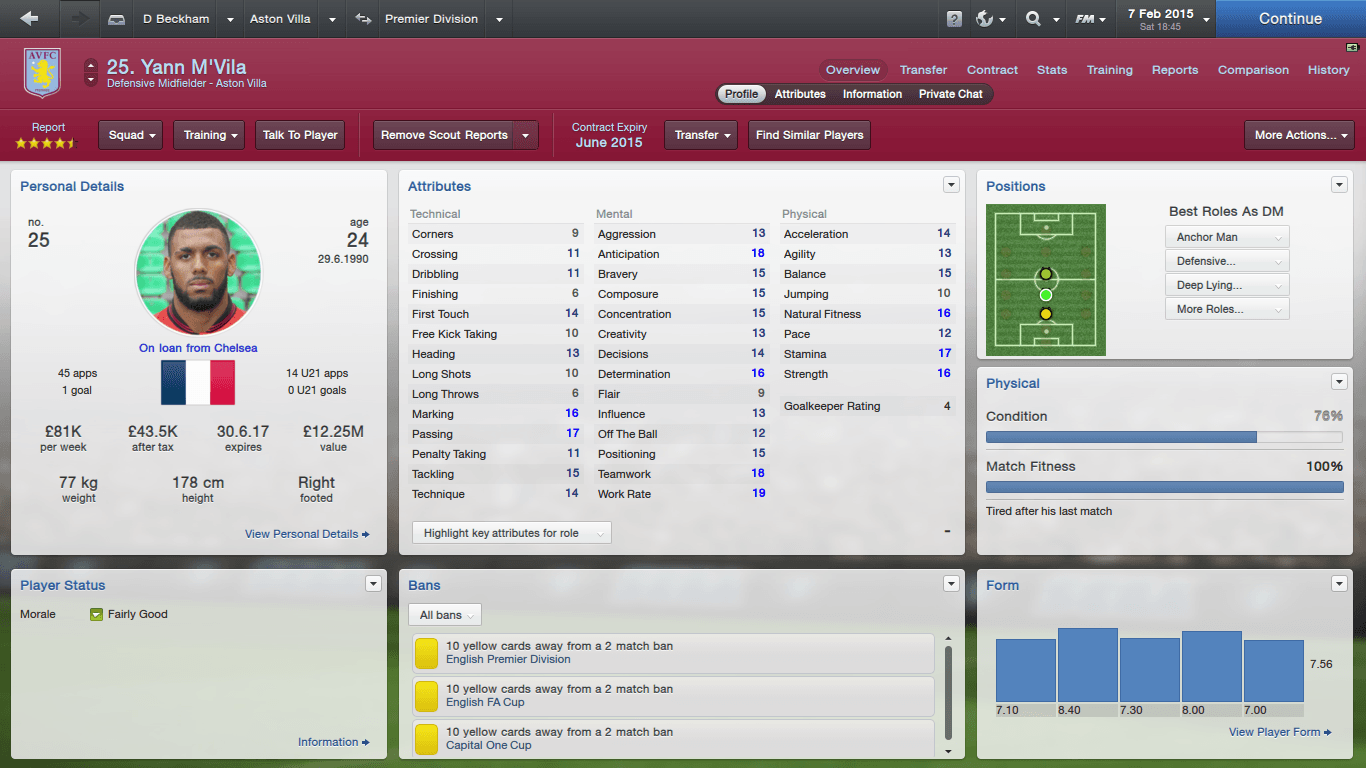 Absolutely no place for him in the team

Louis O.
9 years
I agree with Pauker, you should have a buy-back clause.
Login to Quote 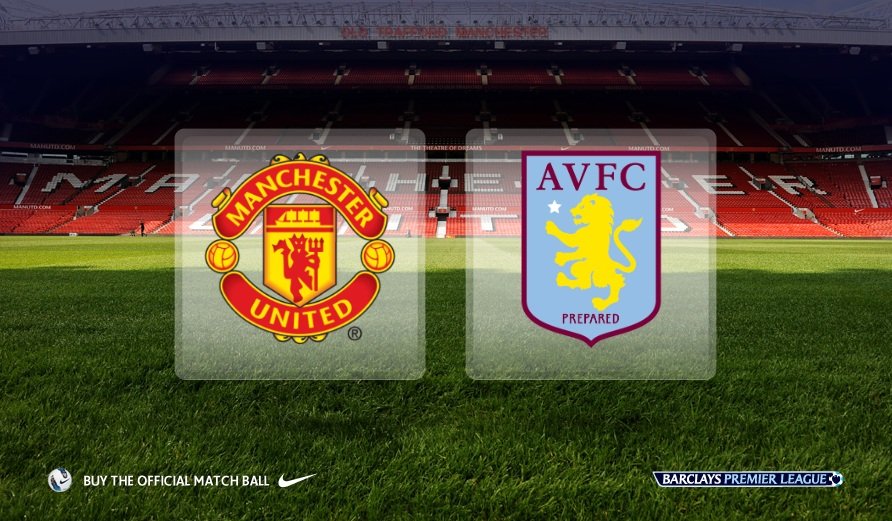 Gary Neville: Good afternoon everyone, and welcome to the Wembley Stadium. Today, we watch over the epic match of Aston Villa vs Manchester United as both teams fight it out for the right to lift the League Cup, or as it is known, the Capital One Cup. Beside me I have my old teammate Paul Scholes.

Gary Neville: So, Scholesy, what do you think about David's campaign so far with Villa?

Paul Scholes: Amazing. He's done really well for a rookie manager and although he has not been getting the results he wanted, I'm sure he'll turn the tide around pretty soon, but we've gathered here today to talk about the Final, so let's get to that.

Gary Neville: It's quite the reunion isn't it? Becks and Giggsy, versus United!

Paul Scholes: Certainly is. Here's the team sheets for today. 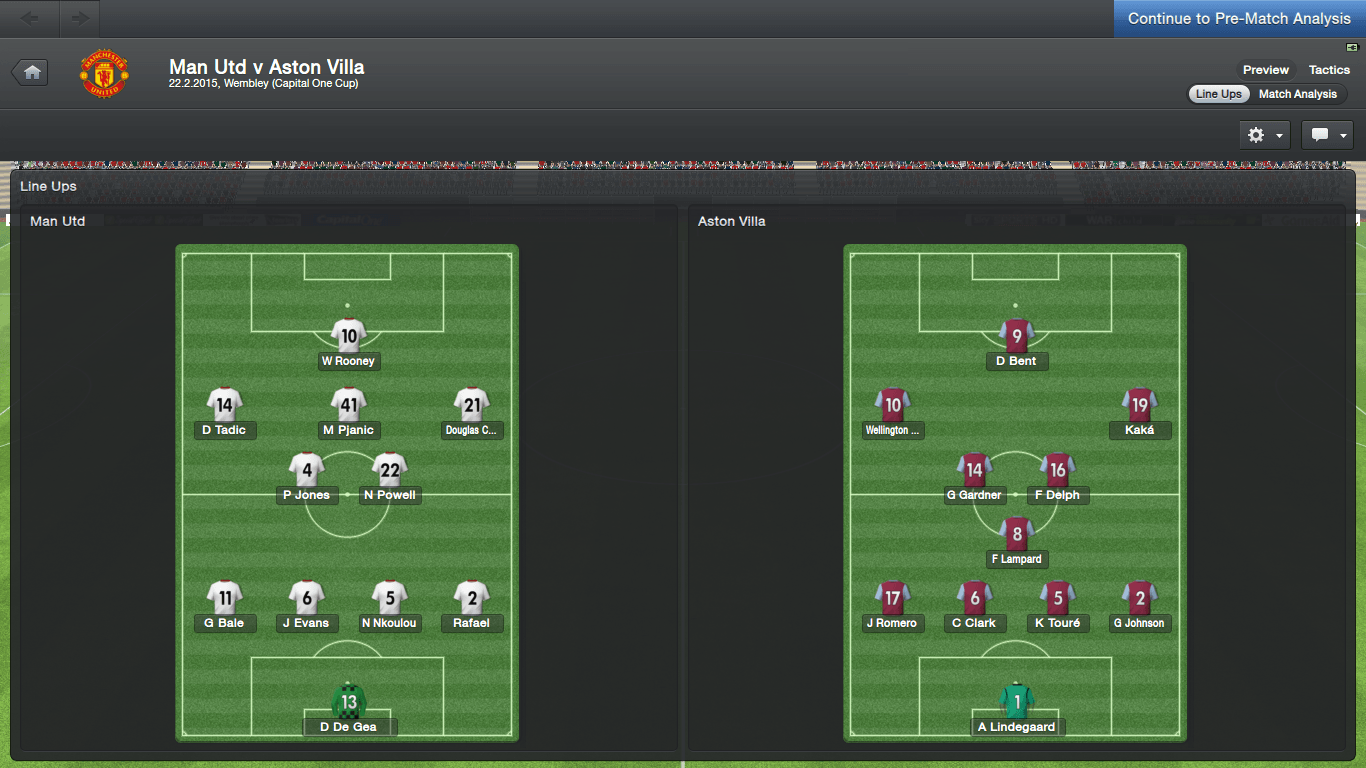 Gary Neville: United choosing to play a sturdy defense with Rafael, Nkoulou, Evans and Bale. Rooney is also an obvious choice in the striking role. However Jose Mourinho's choice on Powell, Costa, Pjanic and Tadic in midfield could really backfire. Phil Jones obviously has the quality, but do the rest?

Paul Scholes: I think the Special One is underestimating Villa and Becks today. Will it backfire? We will see.

Gary Neville: What about the squad David has picked out then?

Paul Scholes: It's a fairly interesting one. With Glen Johnson, Kolo Toure, John Romero and Ciaran Clark in defense, he obviously wants to go all out. It's a shame Ron Vlaar cannot be here for the Final due to his injuries but it will be interesting to see if John Romero can put on a good performance here. Including Lampard in defensive midfield is a bit of a funny call, although he can also perform there, I suppose. Gary Gardner and Fabian Delph is a killer pair and will cause a lot of problems for United so they'll have to watch out for these two.

Gary Neville: Indeed, Scholesy. Wellington Nem and Kaka in the wings for Villa.

Paul Scholes: Both are very good players, game changers, but I'm surprised David is willing to take out Will Hughes for Kaka. I think Hughes and Nem work very well together.

Gary Neville: Lastly, we have the reliable Darren Bent who will spearhead Villa's assault on United.

Gary Neville: The players are coming out now. On to the game!

1' - We kick off here at the Wembley Stadium.

3' - And it's Aston Villa with the first chances, as a one-two played by Bent and Nem enables Nem to have a cracker, but it's saved by De Gea.

13' - A great effort from Douglas Costa but Anders Lindegaard meets it with his own great save. United forwards race for the ball but it's cleared by John Romero.

45' - HT: Aston Villa 0 - 0 Manchester United. A bore half and hopefully we will see more chances created in the second.

45' - We return to Wembley for the second half with two substitutions made by Villa. Kaka is out for Will Hughes to come in and Andrew Black will fill in for the tiring John Romero.

60' - A great swinging cross from Hamsik and Rooney meets it with his head, but Anders Lindegaard pulls off a quality save to deny his former teammate.

- Extremely poor from Kolo Toure as he allows Wayne Rooney to outmuscle him and send a shot past Anders Lindegaard. United 1-0 up.

66' - Christian Benteke is on for Darren Bent, whose normally lethal finishing has failed him today.

- A red card for Rafael after his trip on Wellington Nem sees United reduced to 10 men!

- Wellington Nem next sees a second yellow for diving in the penalty box.

90' - FT: Manchester United 1-0 Aston Villa. United have won the Capital One Cup, but Villa have put up a brilliant challenge indeed and it has been unlucky for them not to win it. Both David Beckham and Ryan Giggs will be heavily disappointed with this loss, and more so Kolo Toure, who will most certainly be on the receiving end of a harsh lecturing. 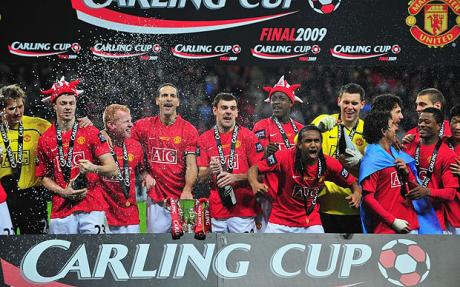 swag
9 years
Unlucky, you can bounce back!
Login to Quote

Justice
9 years
So unlucky Glenn, you can win it next year

Jer
9 years
Unlucky mate. I think that next season will be your season.
1
Login to Quote 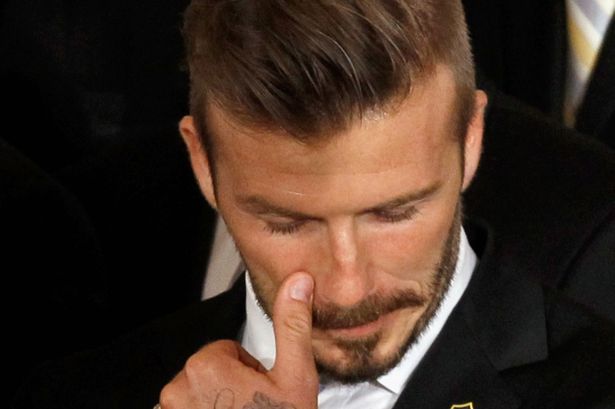 Aston Villa boss David Beckham has assured the world that "Aston Villa will bounce back" after the Villans lost the Capital One Cup to Manchester United in a spirited 1-0 loss. 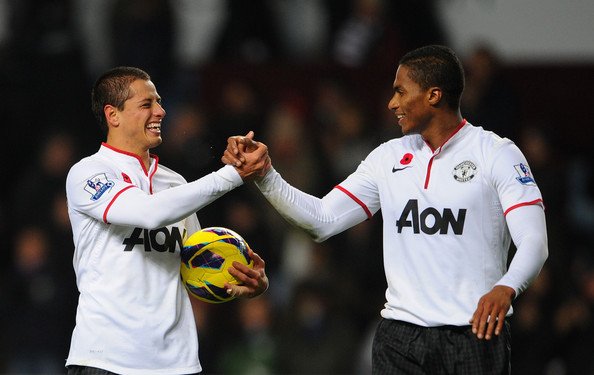 "We lost 1-0," said Beckham. "United are one of the best sides in Europe so for me, losing 1-0 is quite an achievement. However, obviously I think we should have won. We were the better side and we simply could not take our chances.

"Aston Villa will bounce back from this very soon, I'm sure of it."

Assistant manager Ryan Giggs has also offered his opinion on the match.

"It was an epic match, and credit has to go to Manchester United for the win, but Villa played superbly. They did exactly what we told them to. The lads have been brilliant and it is just a pity we haven't managed to secure the trophy at the end, where it mattered most." 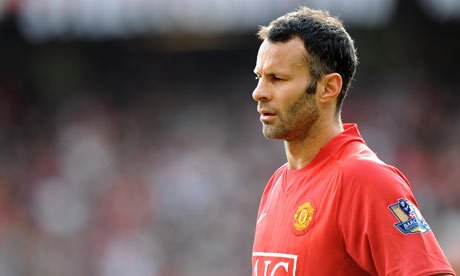 Manchester United manager Jose Mourinho has heaped praise on Aston Villa and his counterpart at the club David Beckham. 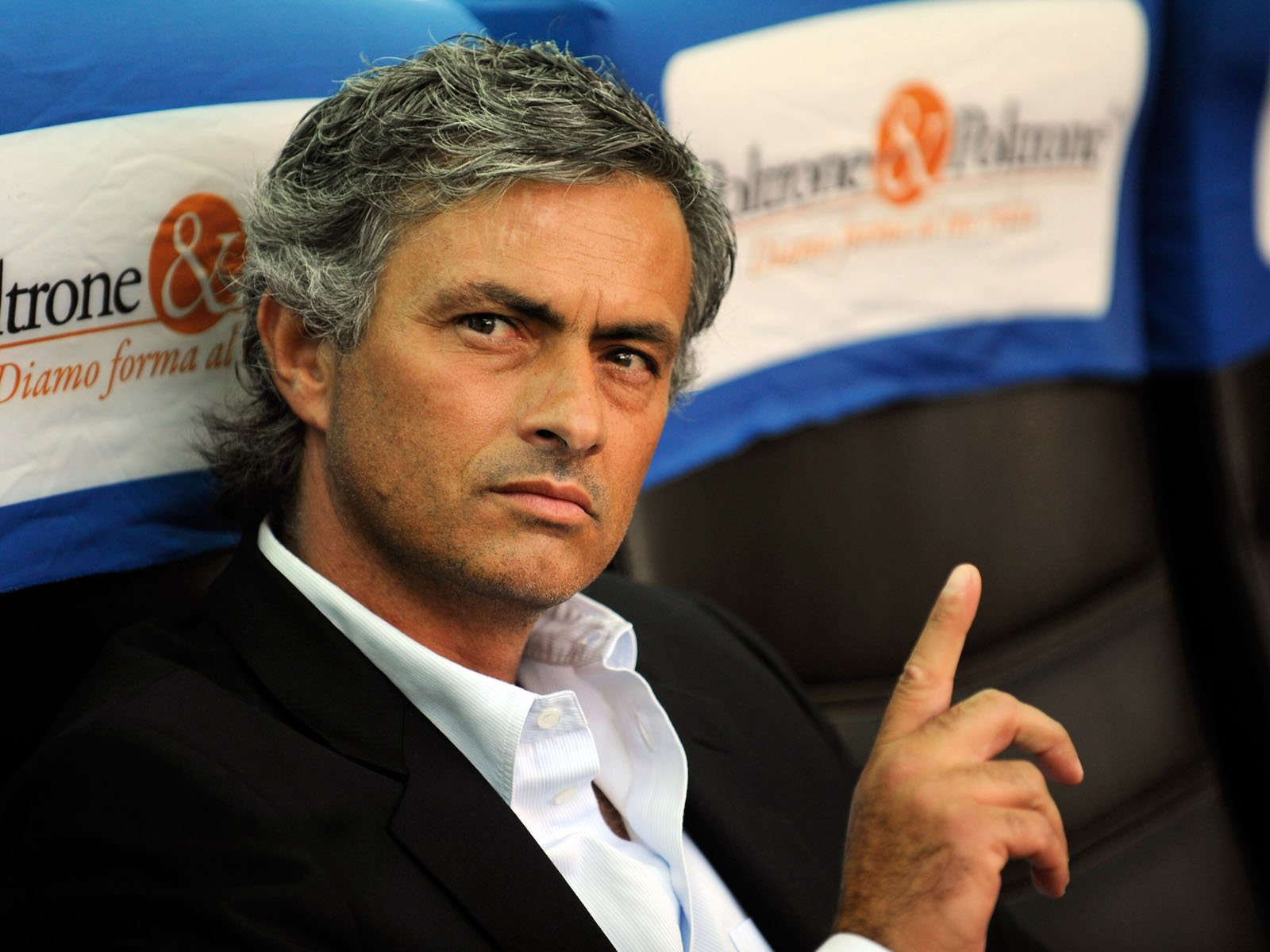 "Villa played superbly and we were lucky to win," said the Special One, who succeeded Alex Ferguson at the start of the season. "We benefited from their lack of quality finishing.

"David (Beckham) was also a very sporting man and he took the loss well. My opinion of him really went up during the match. He is young but he can manage very well. The tactics he instructed his squad to come out onto the pitch with was fantastic. Darren Bent let him down however and that's what helped us to win."

The Old Trafford boss also reveals that he thinks Beckham would be the perfect man to manage Manchester United.

"He is a Manchester United legend. That's my opinion. He is also young. If he comes in to manage United, he will do brilliantly and maybe even serve longer than Fergie. He is doing well with a squad like Villa although other people don't think so. Imagine what he can do with the United squad. I like him, he is going to become one of the best managers in England. That's what I think."
Login to Quote