What's interesting is that there are more local talent than foreign talent! Hard to find that in an English academy these days.
Login to Quote

Deleted
7 years
So much talent at Bayern. Golden Generation
1
Login to Quote

Back to Club Business 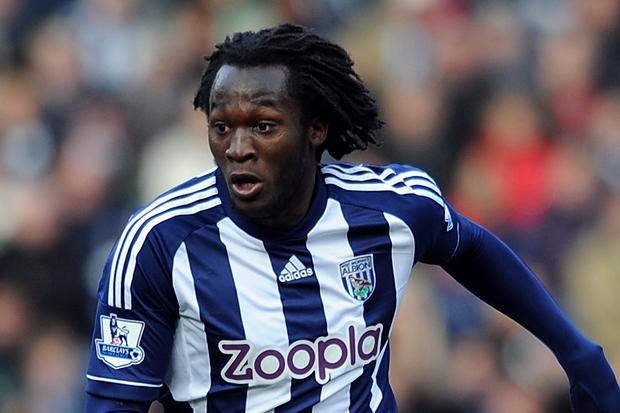 After a week in London finalizing his appointment as England manager, David Beckham has jetted back to Munich and is back to club business, with Bayern raking in the cash as players are sold.

Pushed out of the first team by January signing Ademilson, Romelu Lukaku has now returned to the Premier League to join Everton with the Toffees paying a hefty 18 million sum for his services. The towering Belgian striker played for Chelsea and West Bromwich before and will be familiar with the English league.

"I wanted to stay, but there was simply no room for me," said Lukaku. "I am very excited about this new project at Everton. I want to be the one leading Everton to glory, and hopefully I can do that."

The second one out is Argentine defender Mateo Musacchio, who was a rotation player last season under Beckham. The Bayern boss has revealed he is looking at other central defender targets, meaning the sale of Musacchio was due to happen sooner or later.

The defender has a World Cup medal to his name after his nation won the world competition on Russian soil, although he was a backup player for the majority of the World Cup campaign.

He will now ply his trade in the Serie A with Sampdoria, for a fee of 15 million. 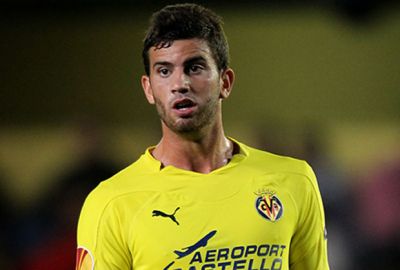 John Heitinga has also made the move to ACF Fiorentina in Italy after the expiry of his contract with Bayern Munich. The Dutch defender was not favored by Beckham and has now seized the opportunity to leave the club. 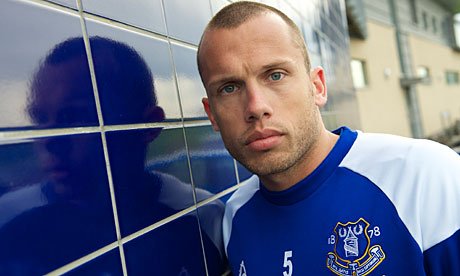 Bayern youths Bright Martins, Pavle Cecaric and Yusuf Dadzie have also left the club, to Mainz, VfL Bochum and Juventus respectively, with Bayern raking in a total of 3.5million. 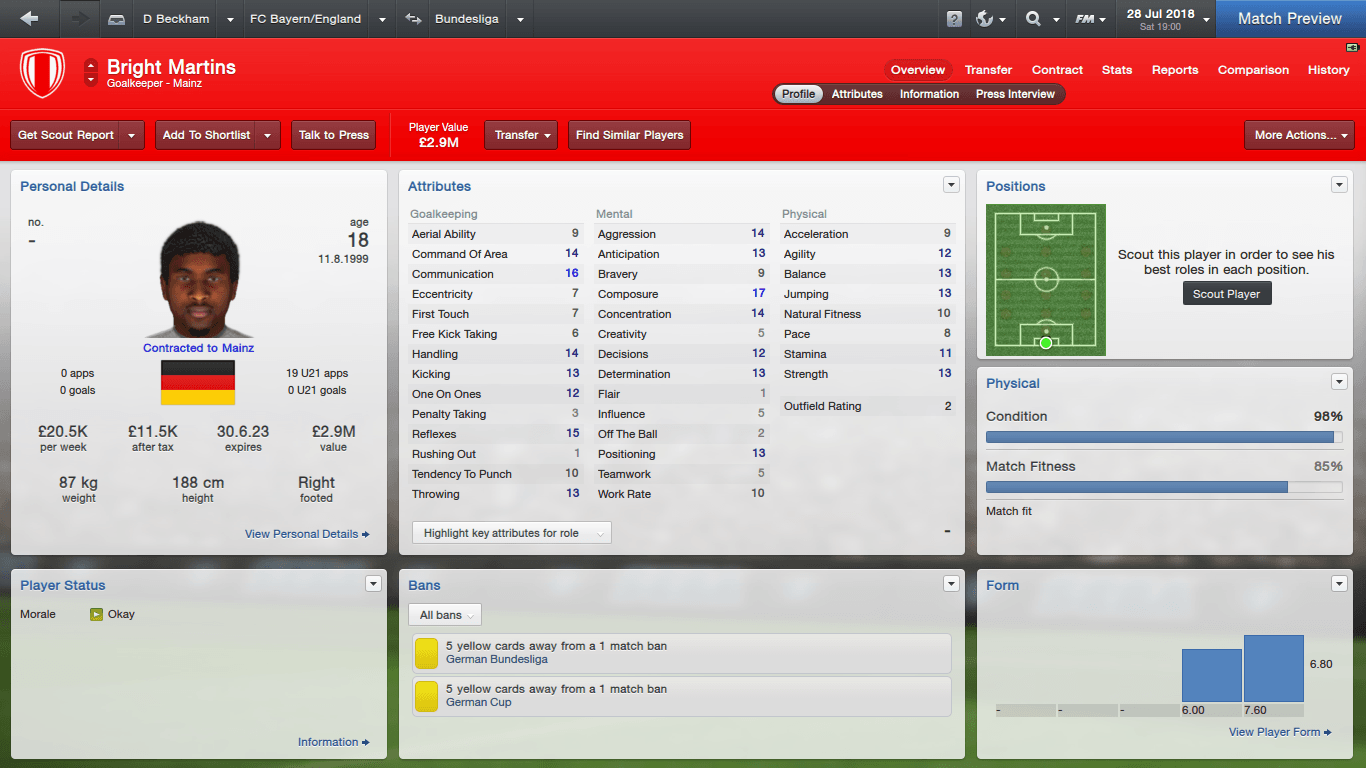 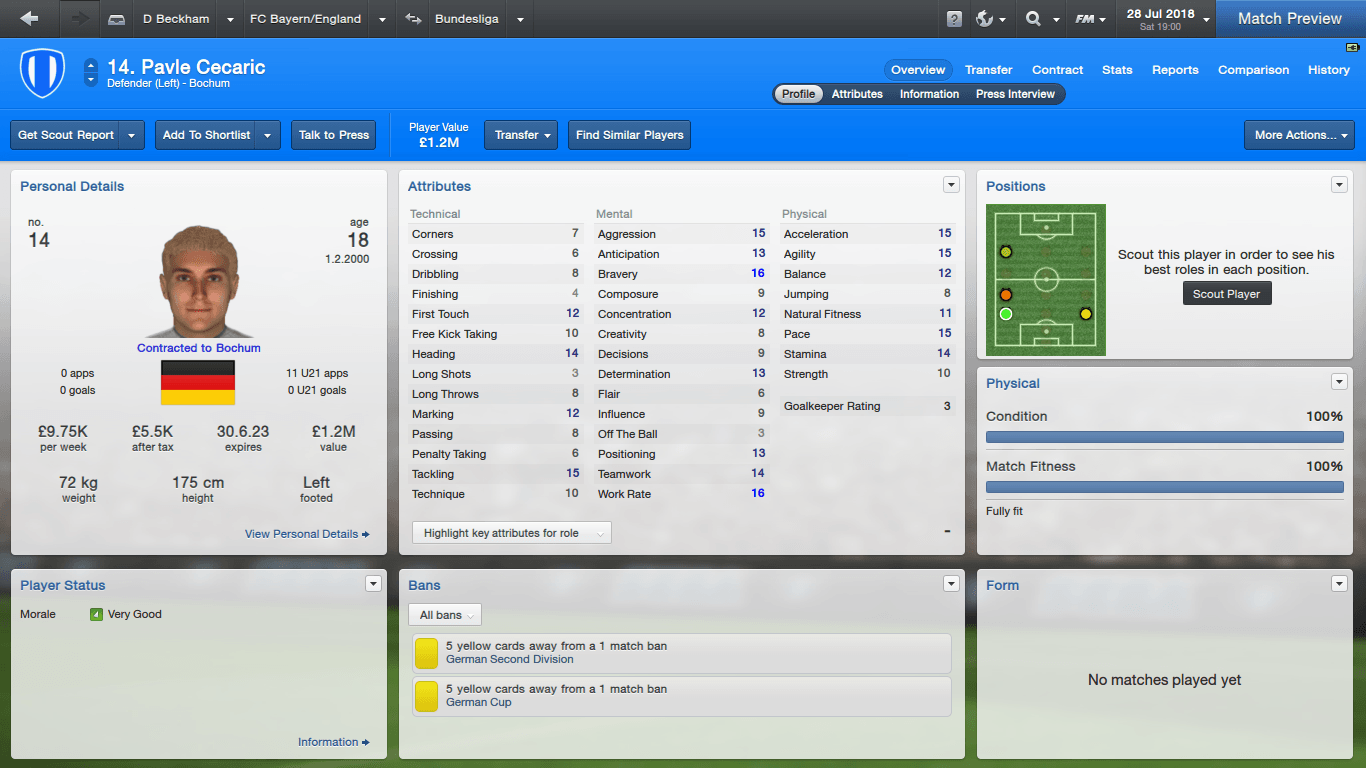 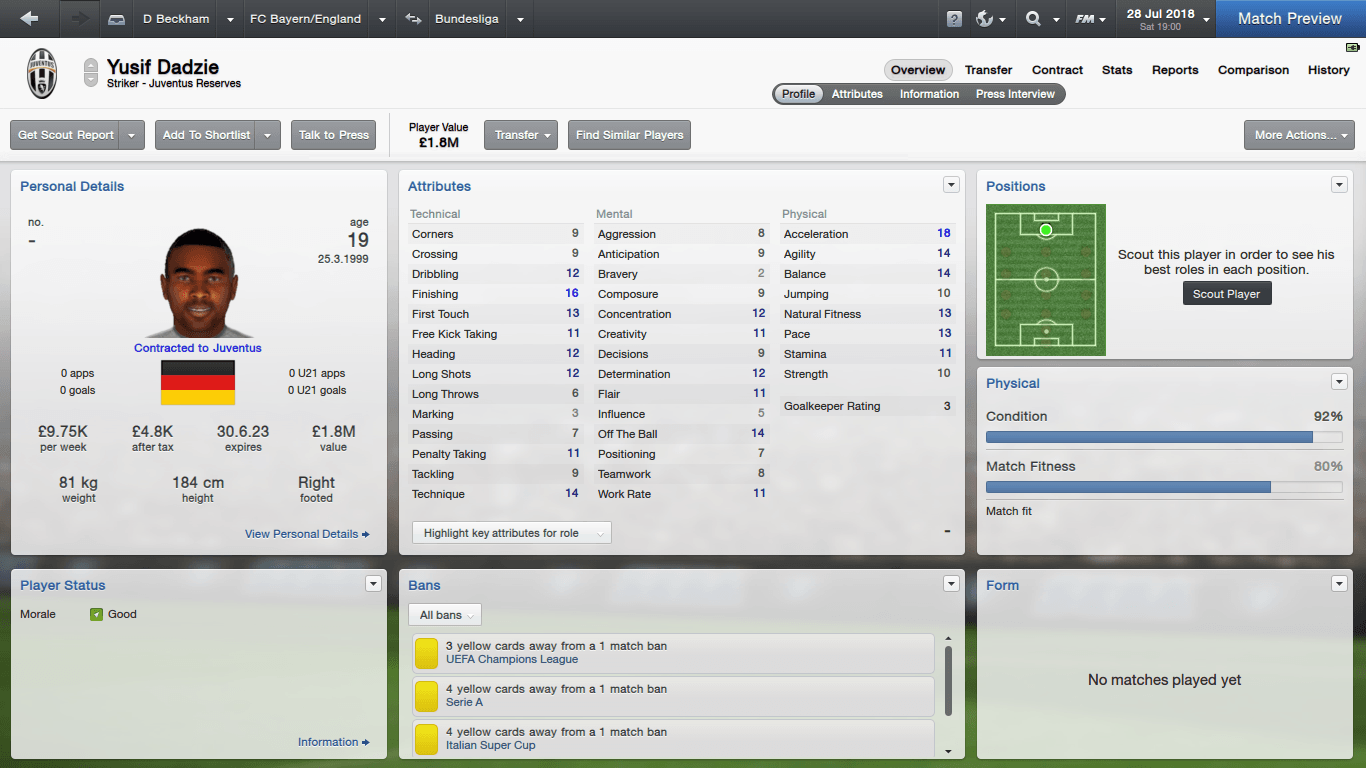 Departure of a Legend 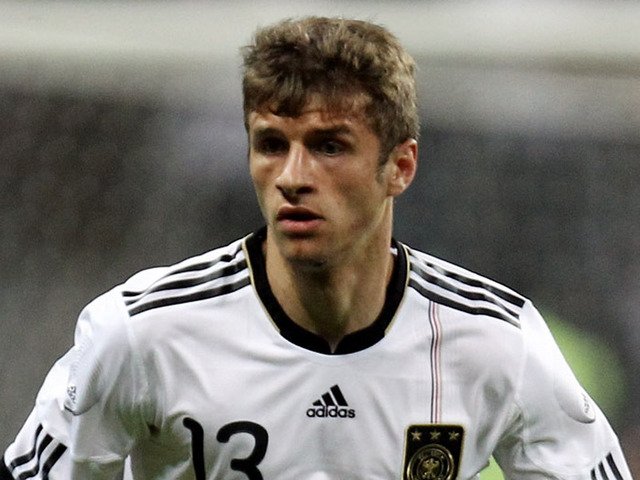 Bayern forward Thomas Muller has left the club to join Serie A side Sampdoria for a fee of 20 million.

The 28-year-old was a product of the Bayern youth academy and regarded as a legend by fans following exceptional performances after breaking into the first team in 2009. However, his performances in recent years have been below par and he only scored 4 goals and made 23 appearances last season in a Bayern shirt. 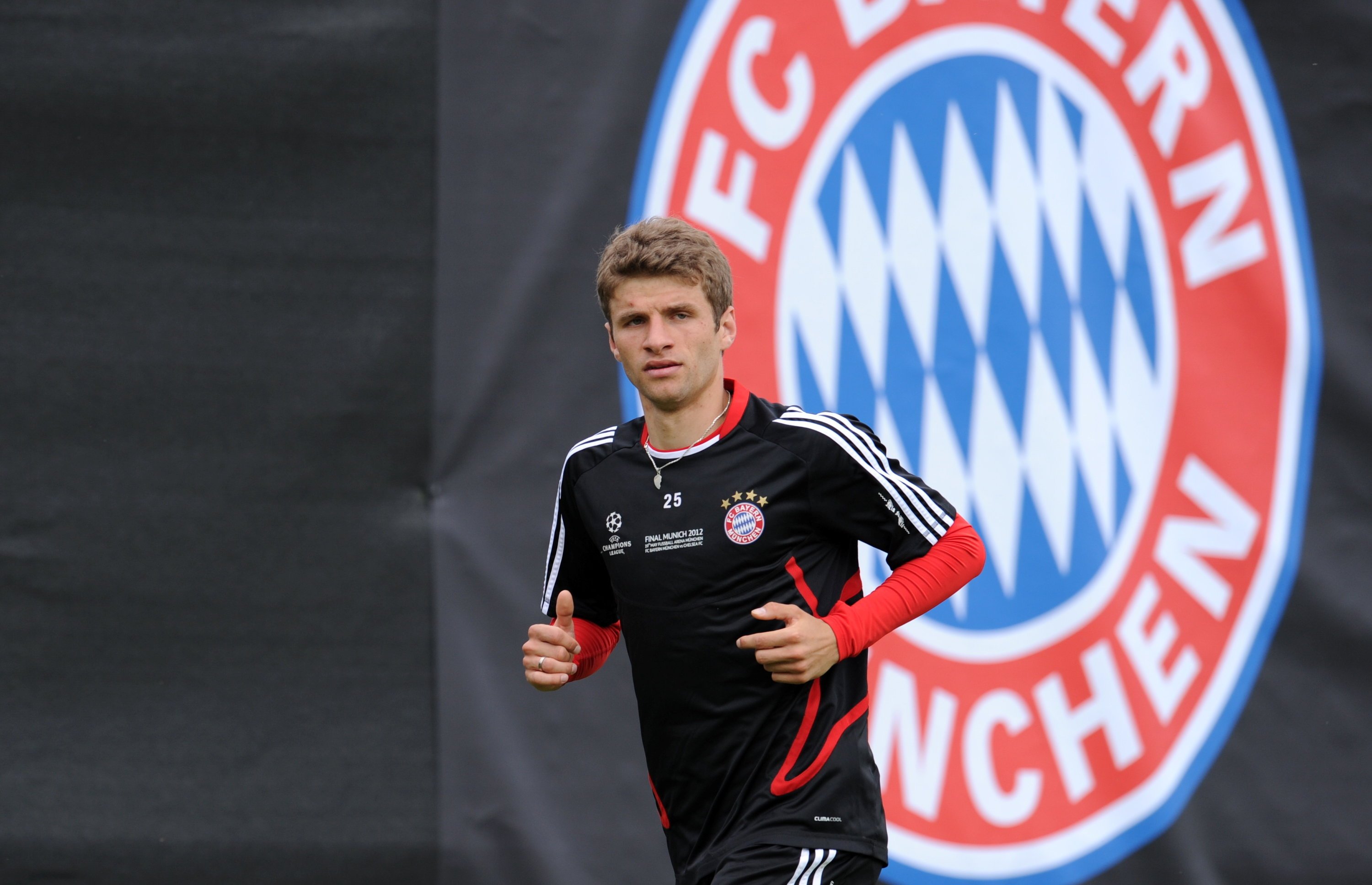 As a result, David Beckham has chose the option to sell Muller, and he will now join teammates Mateo Musacchio and Mario Gomez in Sampdoria, the latter having joined the same Italian club after the expiry of his Bayern contract.

Fans are understood to be unhappy with the sale of Muller, but Beckham is confident that he has made the right decision.

"We have a lot of competition on the right wing so if you can only play at a certain standard then we can't keep you," he explained to German press. "I hope the fans will understand and get behind me. It wasn't an easy decision to make because I know how much Thomas meant to the fans, but we have an important season ahead of us and I don't want to take any below par players along with me for a title race."

Muller has expressed sadness in leaving his boyhood club. "I never wanted to leave," he told Italian journalists on the day confirming his status as a Sampdoria player. "I had no choice."

He also hit out at Beckham's comments regarding his departure, saying, "David Beckham has no class at all. I was very excited when I heard he was going to join us but he has lost my respect with his recent comments about me.

"I am by no means a below par player if I am valued at 20 million. That is all I am saying.

k1rups
7 years
Great update giving both sides of the story there :p but £20 mill is a decent figure to pick up for him in 2018
Login to Quote

Deleted
7 years
Interesting outburst there haha. He made a good point with his valuation Becks
1
Login to Quote

Shame on you David Beckham!
1
Login to Quote 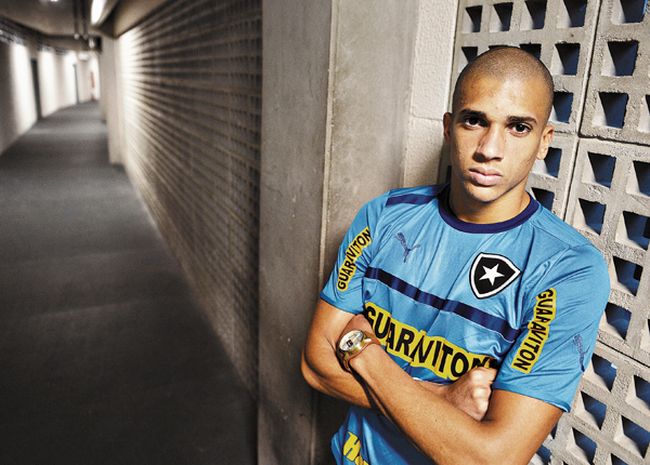 David Beckham has went back to Villa Park again and poached two more players - this time in the form of Brazilian defender Doria and French left-back Martin Legendre for a total fee of 26 million.

Doria was purchased by Beckham in January 2013 from Botafogo and made 132 league appearances for Aston Villa over 6 years. Although considered inferior to the pairing of Ciaran Clark and Ron Vlaar, and later on, Daniel Montero, Doria remained a key member of the Aston Villa squad with his defensive ability.

Despite often playing backup, Doria never complained and this has made him a favorite of Beckham - who looked to sign him up for Bayern Munich after Aston Villa were reportedly ready to consider bids for the South American. 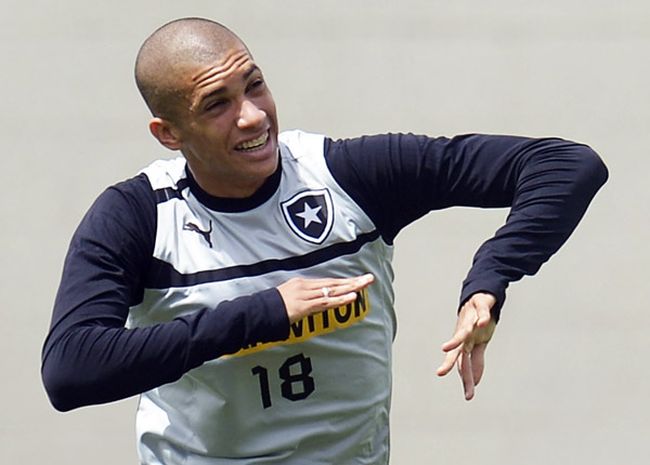 "I think Arsenal or Chelsea were keen on him," Beckham revealed. "When we heard Aston Villa might be prepared to sell we had to go in. He is such a fantastic defender and I am glad he has decided to join me here."

Aside from Doria, Legendre has also joined Bayern for a fee of 15 million, a whooping 11 million more than what Beckham paid to sign him up for Aston Villa from Olympique Lyonnais 3 years ago. The France Under-21 international was considered one of the best talent in Villa's youth setup, and fans of the Birmingham club are now unhappy that boss Malky Mackay allowed Legendre to leave. 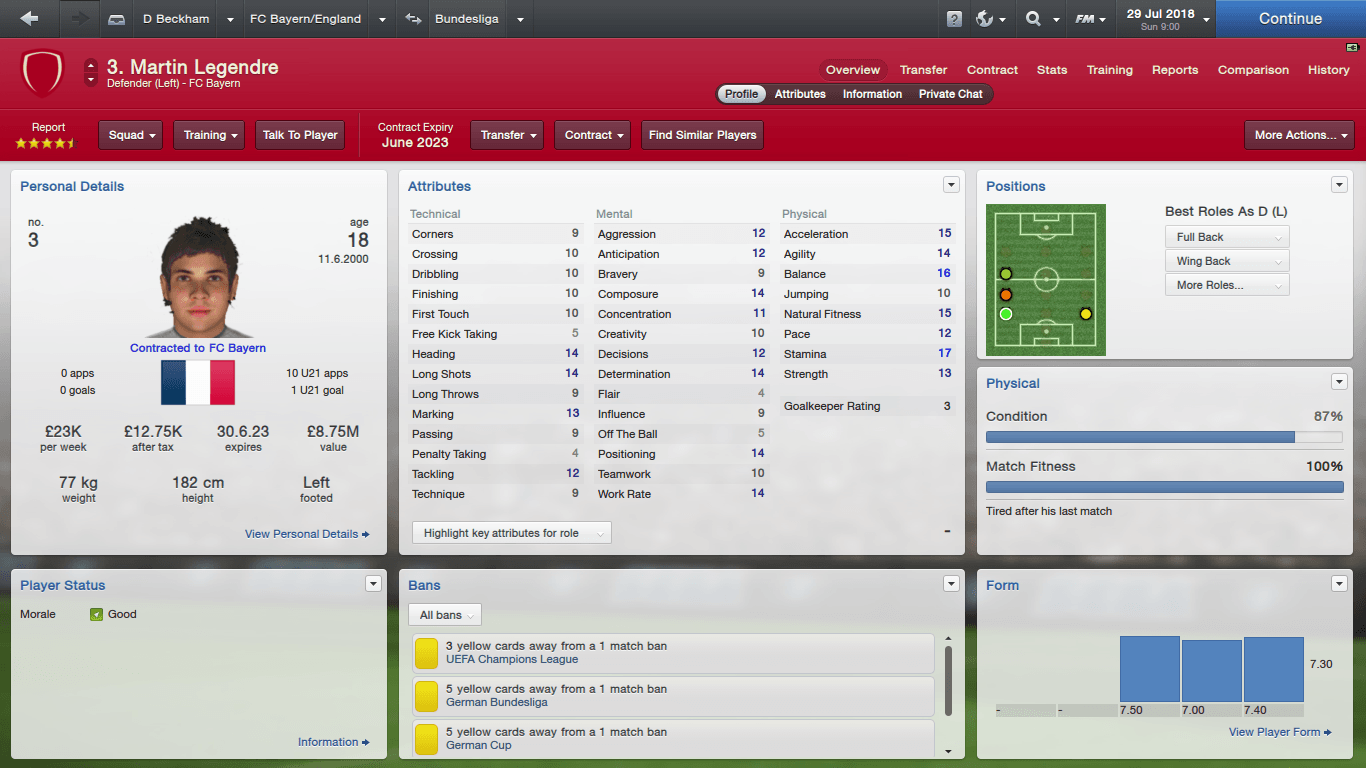 Beckham has admitted that he will be looking to play Legendre in the first team instead of the Reserves, and has handed his newest signing the number 3 shirt, despite Legendre being only 18.

"I did not pay 15 million for a youngster to play in the Reserves," said the former football star. "Martin will be playing in the first team. He has a lot of talent for someone his age and I believe he can be fantastic for us."
Login to Quote

k1rups
7 years
Woah might as well have just taken the Villa team with you when you left and swapped them with the Bayern players :p Legendre looks good man
Login to Quote

I should have, huh?


Glad to be working with you in the england set up! (Gary Neville) :p
Login to Quote


Glad to be working with you in the england set up! (Gary Neville) :p
Login to Quote

oddsiton
7 years
What can I say? I am off the computer for four days, and when I'm back there is 5-6 more pages?! Well done, keep the updates coming! Love this story!