After dropping down to the very bottom of the league, we had one last chance at survival and we needed to take it. Can Vauxhall Motors rescue themselves from relegation? Can they survive in the world's toughest league to win?

After a devastating loss, we went on a fantastic run of three wins followed by a draw! This was just the second time all season which we recorded three consecutive wins. The players played their hearts on their shirts and they produced something rarely ever seen, a miracle of the greatest order. This has possibly saved us and we have Craig Mahon & Co. to thank for some spectacular performances. Scoring six goals, including a hat-trick against Oldham, Craig Mahon has been our hero. He has been our shining star, our lead performer, our idol. He will become a legend if we survive this season. 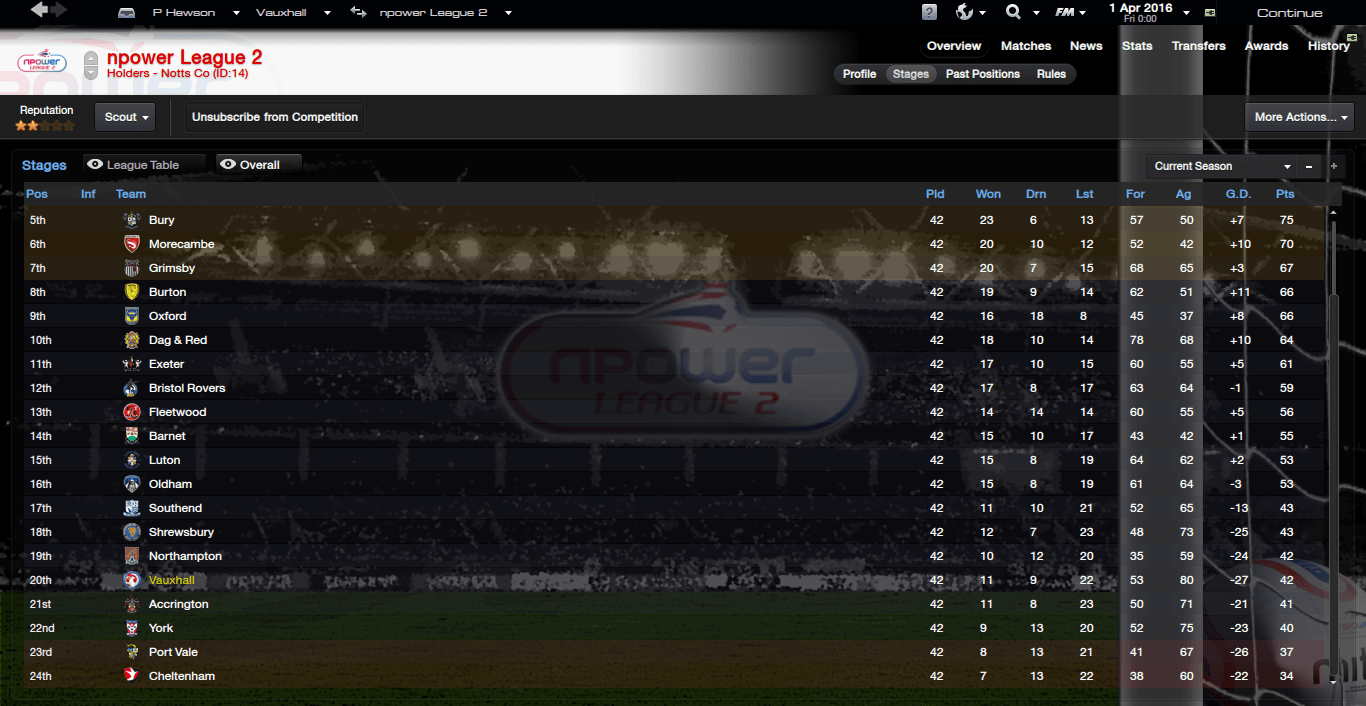 We have climbed out of the relegation zone and we have an emphatic five point safety net. Hopefully we can claim the points that we need next month to guarantee survival.

Two wins would surely guarantee our safety and it is up to us to earn those wins. In what could be a very tense final month, we will go all-out to secure our safety.
Login to Quote

Blue
9 years
Could be a difficult last month, but you'll pull through!
1
Login to Quote 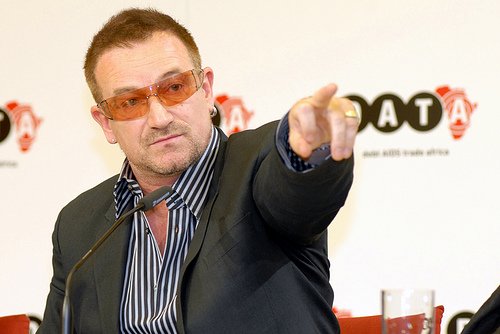 "Last month was our best month in a very long time, almost too long. We are now full of belief and we know that we need to continue our impressive recent form to survive in this league.

With each of the final four games very important for us, we cannot afford to take the foot of the pedal and we need to keep driving on to secure our place in this league for next year. The players have shown great enthusiasm, commitment and desire to turn our season on it's head and they have one final obstacle.

We will keep fighting for the fans, and for Vauxhall Motors Football Club. This is the greatest club in the world and all we need is one last push to bring us to the next stage!"


This was the most important month in Vauxhall Motor's recent history. With the future of the club on the line, Vauxhall needed to exert themselves well and earn their points. Could they survive? Could they continue their rise to the top?

We won two from two which is what I wanted to win. We played pretty good football and we did well against some very tough teams. Obi Anoruo came back to life and scored twice this month, as did Michael Wilde who might have played his last few games for Vauxhall this month. Were these two wins enough to save us? 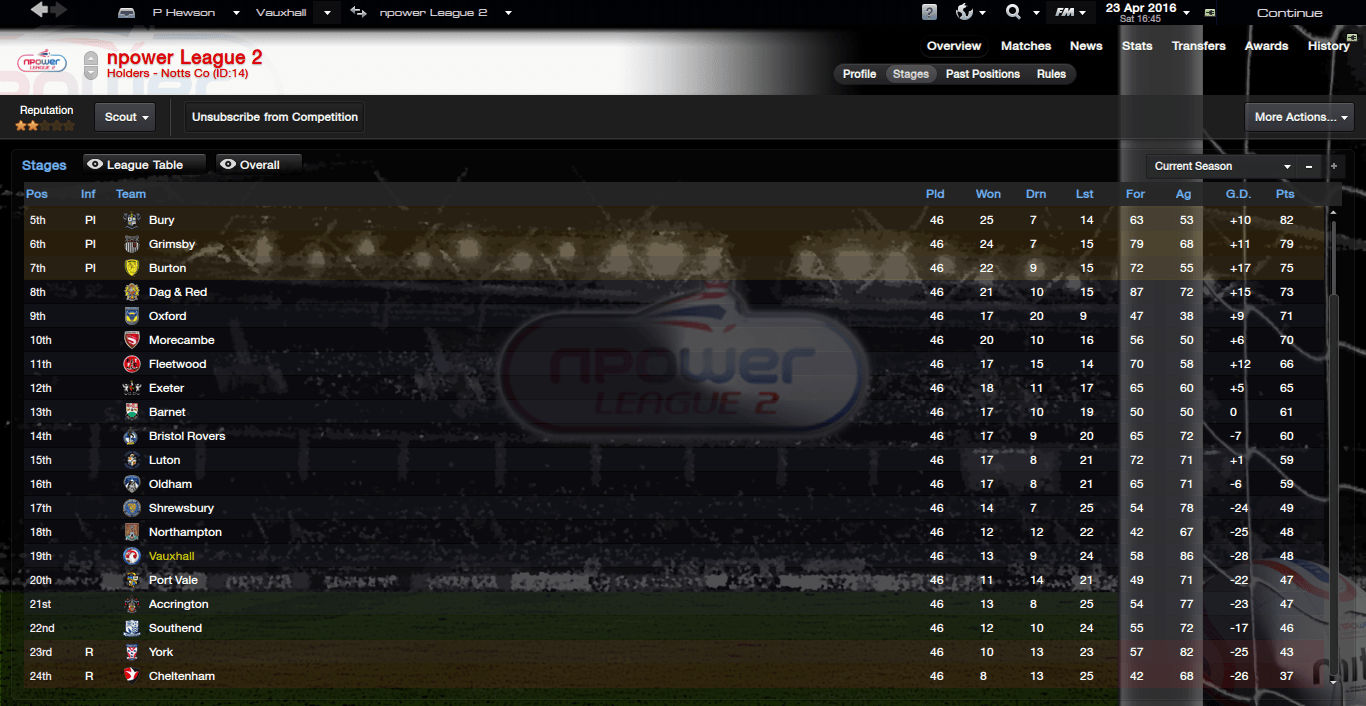 They were enough! We finished five points clear of the relegation zone and we will be playing in the Football League for another season! This is a great achievement and we can now focus on building our side to mount a promotion challenge over the next couple of seasons.

My next two updates will be the manager's end of season interview and the season review. Thank you all for reading and I hope that this season has been a joy to read.


Thanks Blue, it is a huge relief!

AlexSonwild
9 years • Edited
Congratulation Justice! You did great to save Vauxhall

Promotion next season?
1
Login to Quote

"For our first season in the Football League, I think I can be quite pleased with how we performed. At the start of the season, we were predicted to remain rooted to the bottom of the table and to be relegated back to the Blue Square Premier. We were set as dead-favorites to do so. But as usual, we proved our critics wrong.

I thought that we started the season very well and that we put up a good show against the other teams who were expected to dominate us. We looked like a very strong team. But then we hit one bump, two bumps, and suddenly we were on a steep downwards slide which we couldn't stop. We fell and we fell and we landed at the very bottom.

We didn't give up when we were at the bottom. We accepted the fact that we performed poorly and that we needed to improve drastically. What we did to recover was ingenious, we fooled the teams around us and set up in a very offensive nature. Our opposition couldn't handle the pressure we put on them and we got the points that we needed to survive.

Next season will be a huge season for us. We will look to push on from our good ending to this season and to begin to push for possible promotion to the NPower League One. We only want to keep moving up and we will make sure that we do keep heading in the right direction. Next season has promise and I cannot wait for it to kick off!"

BeanyUnited
9 years
Well done on staying up next year! Maybe a playoff challange next year


Our fourth season with Bono in charge of Vauxhall Motors has come to an exciting end and I have a season review to show you guys now. Enjoy! 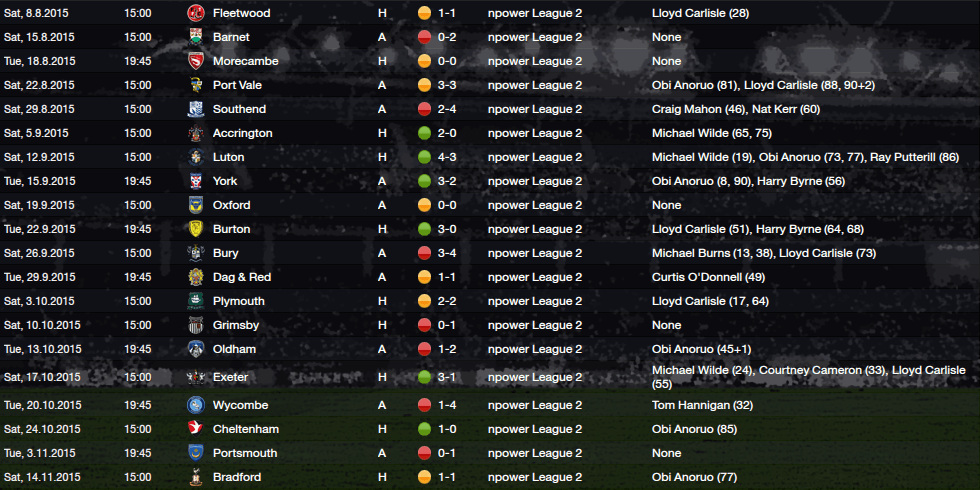 As you can see, our best sets of results were in September and in March. We played our best football during these months and we won many games. Unfortunately we were not so great between these two months but that is something which I will be working on for next season.

We finished in a very respectable 19th place. I am very happy with where we finished and I believe that we can do even better next season. Hopefully we can prove our ability to improve and push for a top-half finish.

I was disappointed to be knocked out so early, especially to Port Vale who finished below us in the league. Hopefully we can perform better in this competition next season. 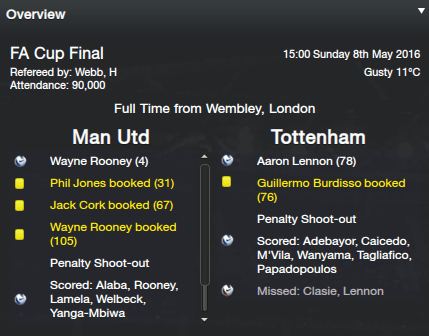 Spurs won the FA Cup after a penalty shoot-out victory over Manchester United.

I am delighted with our progress in this competition. We did a magnificent job of beating a much stronger Nottingham Forest and we were unlucky to get drawn against Norwich in the next round who were by far the better team. 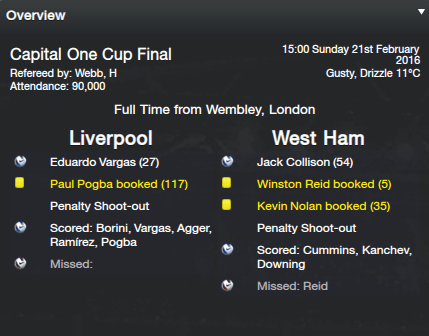 Liverpool win the Capital One Cup after a dramatic penalty shoot-out against West Ham.

I was disappointed to be knocked out so early on but it was against a much stronger Preston side. Hopefully we can do better next season. 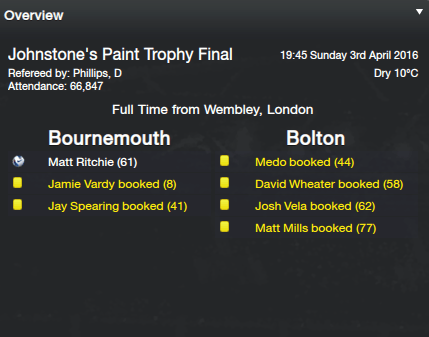 My Player of the Season 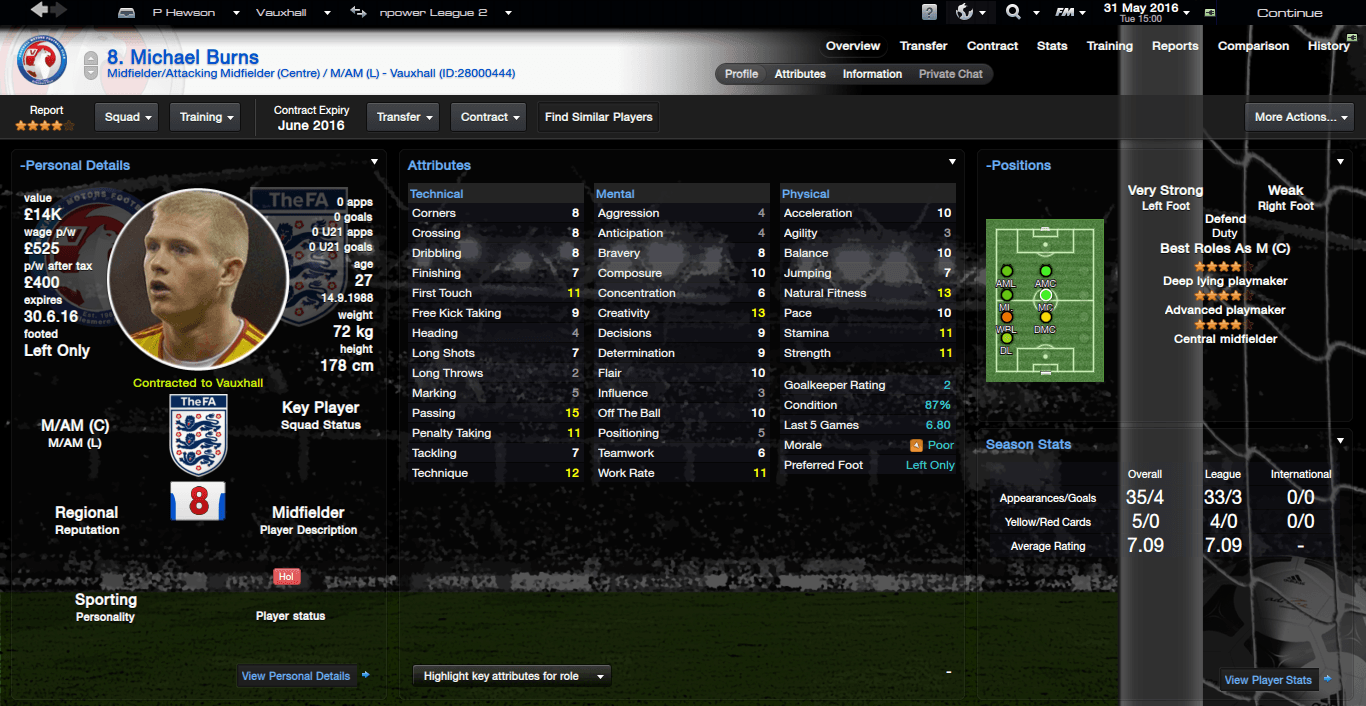 Michael Burns is my Player of the Season. In a season where we struggled as a whole, Michael managed to consistently perform and aid us to safety. His technique and his ability to pick out a pass were highlights of a marvelous season by the Liverpool-born midfielder. Hopefully he can continue his level of performances for years to come!


That is the review of our fourth season. Hopefully we can have an even more exciting season next year!