Kammy is working his magic haha
1
Login to Quote

Kammy is working his magic haha


He's not exactly the best magician in the world, but his cheap tricks are working so far

Ziechael
9 years
Third, games in hand, Kammy at the helm.... smells like Europe to me. Great work and good luck

Since when was Kammy at the helm a good thing?

How could it not be, the man is a legend lol
Login to Quote

How could it not be, the man is a legend lol

Being a legend doesn't stop him from being a clown

Deleted
9 years
Kammy's got Europe in his back pocket 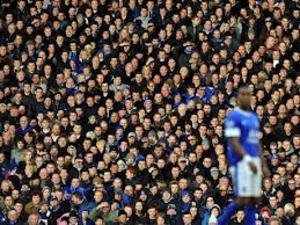 We were not expected to score, let alone win! Everton are a top, top side but we somehow put them in their place and got the 3 points in a very exciting game. 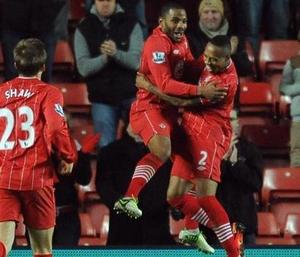 Fantastic win. We were the pre-match favourites but we did it In style too, 3-0 up at half time, I was delighted! A fantastic free kick by Rickie Lambert helped us to victory. 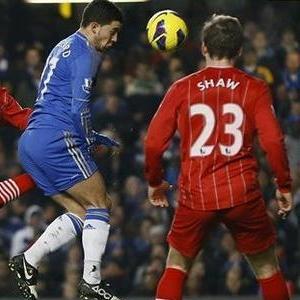 Unlucky to go out. We played well, but it wasn’t enough in the end. It was quite an ill-tempered game, both teams going down to 10 men. 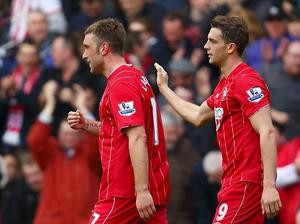 We proved we are not a one man team with a great performance without Rickie Lambert who was absent through injury. Maya Yoshida has been on top form just like Lambert.

Another good month. We went out of the League Cup against a strong Chelsea side, although we are above them in the table having won each Premier League game this month.


Rickie Lambert and Maya Yoshida have both done enough to win the award. Lambert had struggled before but he hit form this month, and scored many goals, whilst Yoshida kept attackers out expertly and also bagged some goals.


Rickie Lambert. He put 2 past Sunderland, and his second was superb, beating two men before smashing past the keeper, but unfortunately onto the post. However, he pounced on the rebound and lobbed the hapless goalkeeper. 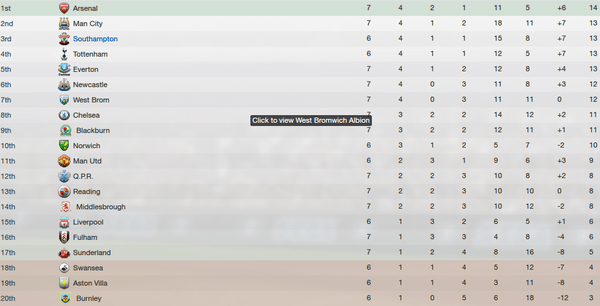 We have slipped behind Manchester City and Arsenal, however we do have a game in hand over them. Manchester United are down in 11th, and despite their success in recent seasons Liverpool are in the bottom half.

Glenn T
9 years
You made a mistake with the size coding and the first spoiler - "vs Southampton", pretty sure it's versus Everton! Other than that, excellent update, excellent results.

Glenn T:You made a mistake with the size coding and the first spoiler - "vs Southampton", pretty sure it's versus Everton! Other than that, excellent update, excellent results.
Title challenge? ;)

I can't find the error, but I have fixed the vs. Everton thing now

OnTheBallCityNCFC:Doing great man! keep it up! :)

Thanks, I hope we can keep it up too 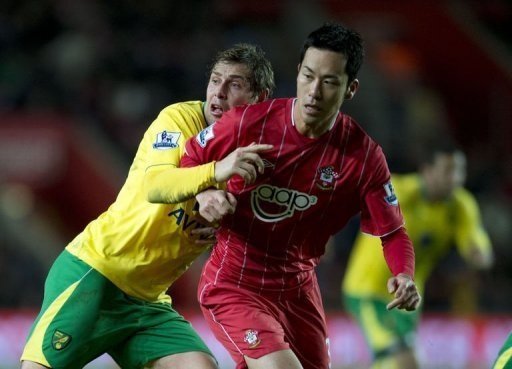 Southampton stars Maya Yoshida and Jay Rodriguez will both face time on the sidelines after both sustaining injuries in the clubs last fixture. Southampton faced Norwich at St.Mary's and despite winning 2-0, with goals coming from Mark Wells and Kazim Kazim which were their first goals for the club, Saint's game was marred by the injuries of two of their star performers.

Jay Rodriguez was forced off after only 2 minutes, as he twisted his knee whilst attempting to escape a challenge. Manager Chris Kamara was understandably annoyed as the club physio told him his star striker Rodriguez would miss 2 weeks of action.

Yoshida was taken off in the second half as he was pulled down by Matthew Briggs, and he landed on his ankle, and sprained it which will reportedly keep him out for 7 weeks to come. This is a major problem for the club as Yoshida had been on top form, but now faces time out.

These injuries, combined with Rickie Lambert and Adam Lallana's recent periods out with injury, have not neccesarily had a bad effect on the side yet, as Southampton sit on top of the table after 7 games.
Login to Quote

shylax
9 years
Tough breaks, but injuries are a part of any sport, and you have to figure out how to overcome them. I think you can do that!
1
Login to Quote