Aston Villa striker Carlos Fierro has broken Darren Bent's record of 29 goals in all competitions in one season, having scored his 30th goal of the campaign with his 13th minute strike against West Bromwich yesterday. 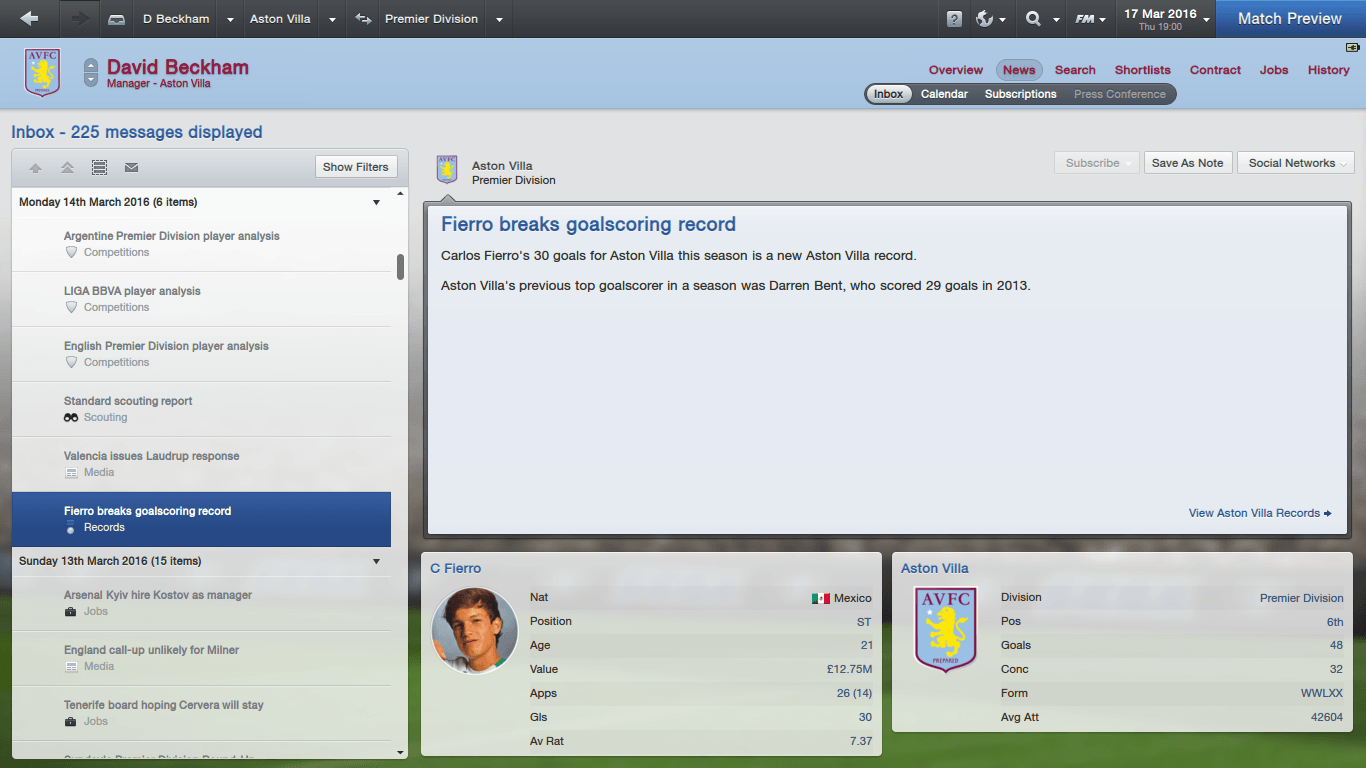 Fierro has often been compared to Bent with the prolific Englishman almost winning the Golden Boot award with his 24 league goals for Aston Villa in the 2013-14 season.

Bent now plies his trade for Blackburn and although at the age of 32, has not lost his goal-scoring touch, having scored 16 league goals for Rovers in 28 appearances this season.

Despite Fierro's meagre amount of 14 league goals this season, he has been shining in both the local cup competitions as well as the Europa League, having now found the net a total of 30 times this season, and it is supposedly safe to conclude that the Mexican international has now hit a status of "better than Darren Bent", like his teammate Wellington Nem had described before.
Login to Quote

Couragesand
9 years
Glenn, I like the way you write your stories, It's funny since it tempts me to make my own. However I do like to rage every lose 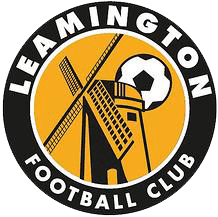 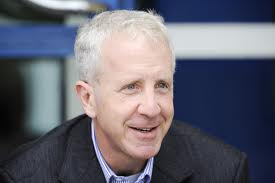 Rumors are flying that the decision to link up with the Brakes were made by manager David Beckham instead of the Villa board themselves, although the partnership only went through with the approval of chairman and owner, Lerner.

Lerner announced, "We are pleased to announce that we have completed a deal to be in a local partnership with Blue Square North side Leamington Football Club. Aston Villa and Leamington will now officially be affiliated with each other and this will make it simpler and easier for both sides if they want to loan youngsters out or get a temporary addition to the squad respectively."

Lippitt, who is Birmingham-born, is a self-confessed Aston Villa fan and has described the move and the opportunity to work with Beckham as "a dream come true".

The two Englishmen were spotted hanging out in Birmingham just hours after the announcement of the partnership between the two clubs.
Login to Quote

Thank you! It's awesome I inspire you to write your own. Do give it a go, I'll definitely read it

20,000 VIEWS! Thank you all for supporting David Beckham: From Hero to Zero thus far!

Jer
9 years
YOU DESERVE IT!! That guy looks like Alan Pardrew! Fierro will score at least 40 goals this season!!
1
Login to Quote

Glenn T
9 years
Thank you for the awesome comments guys, always much appreciated.

Although not a better month than February, March was still a good month. Aston Villa started March with an unlucky 1-0 loss to Arsenal while assistant manager Ryan Giggs took charge in another unlucky 1-1 draw with West Bromwich. However, the return of Beckham prompted wins against Manchester United and Liverpool, as well as the advancement to the Quarter Finals of the Europa. 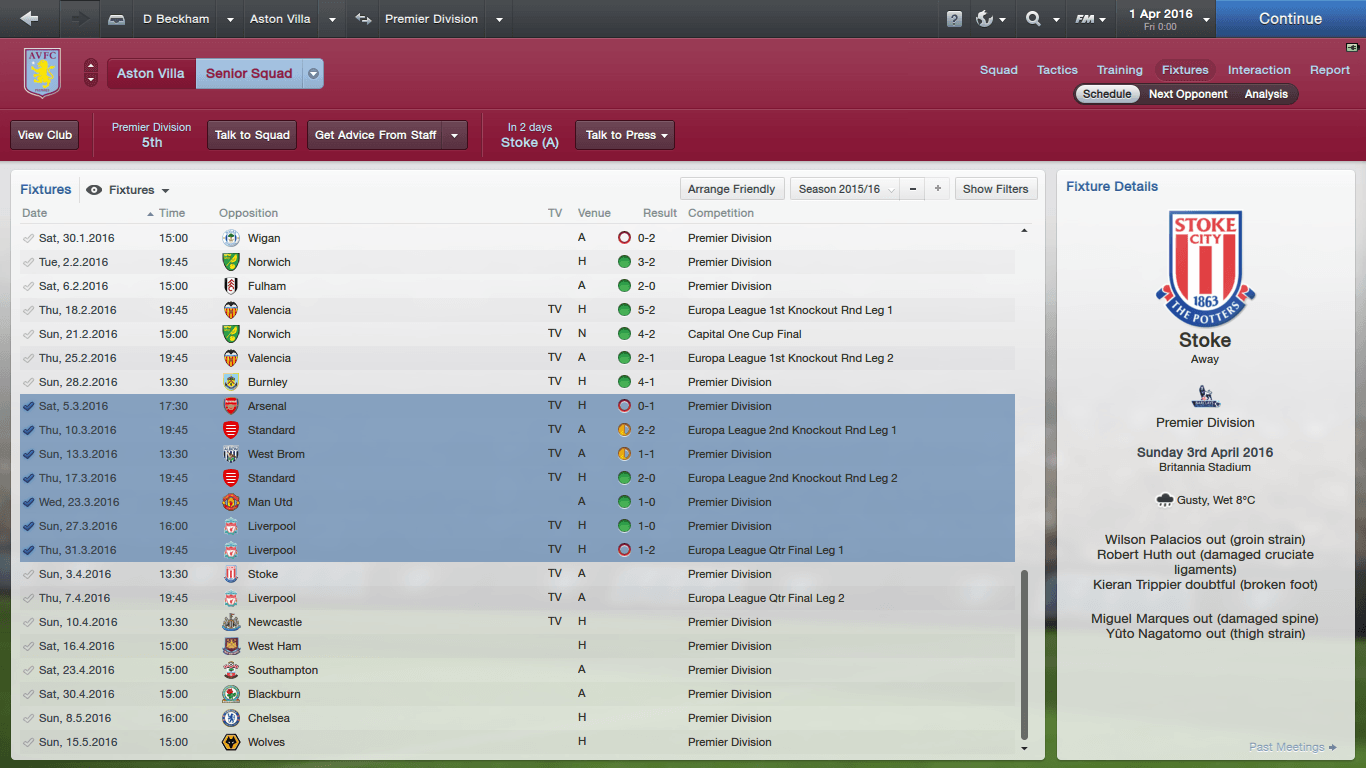 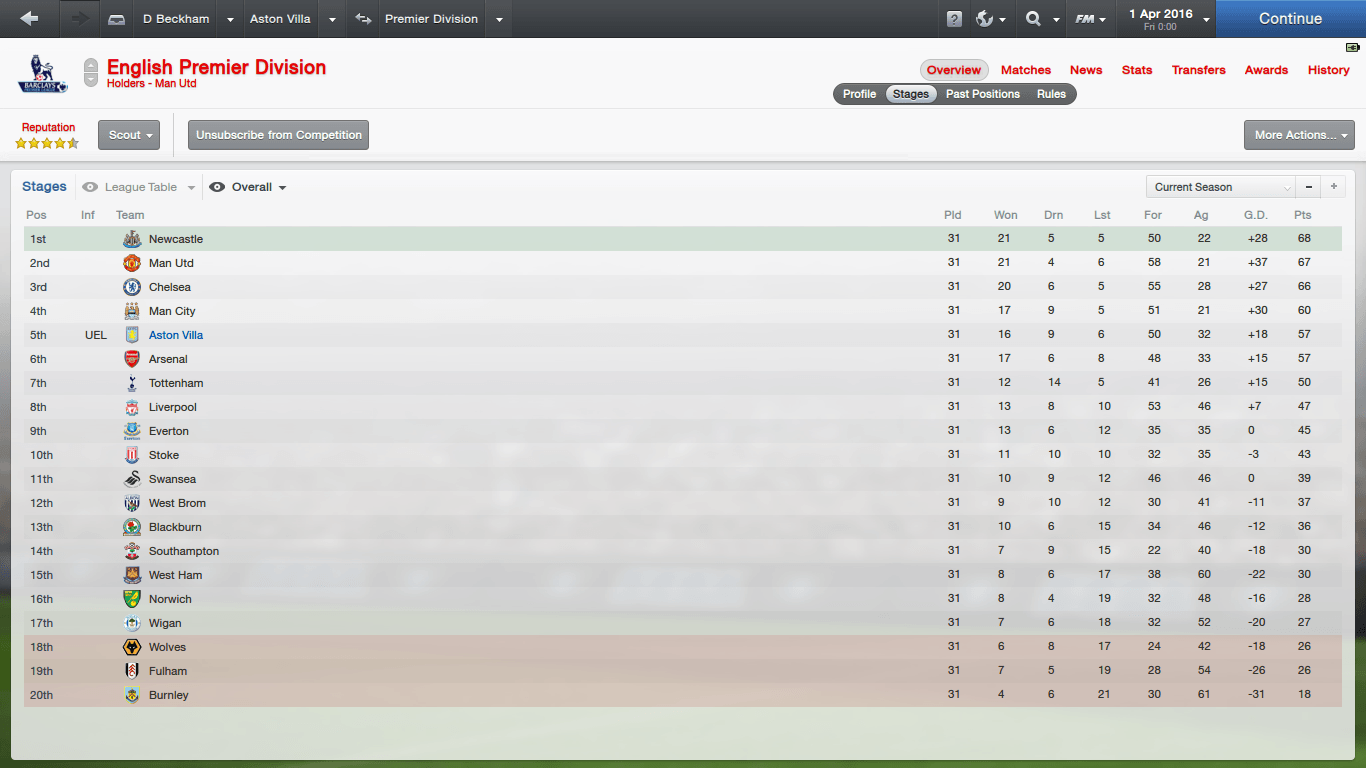 Another Aston Villa youngster has scooped the Young Player of the Month award and this time it's young Brazilian midfielder Mattheus. 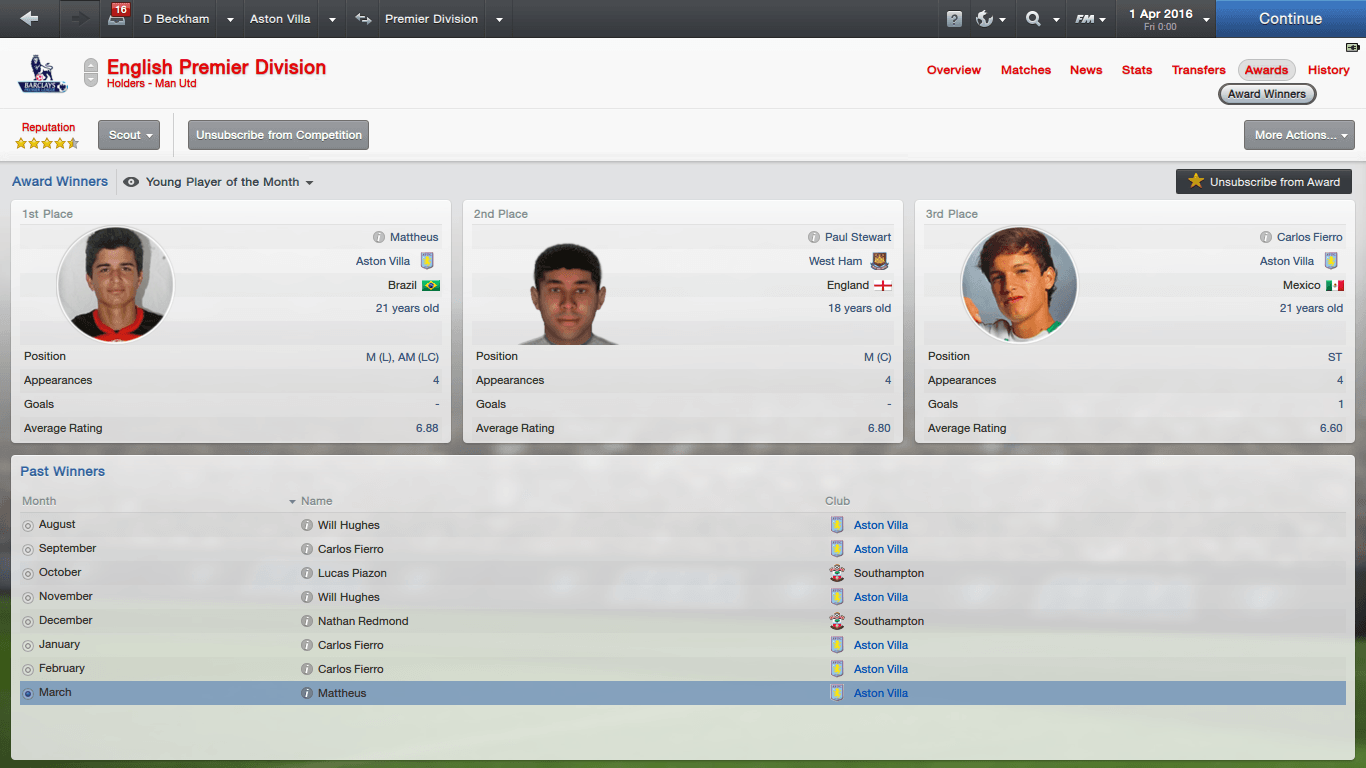 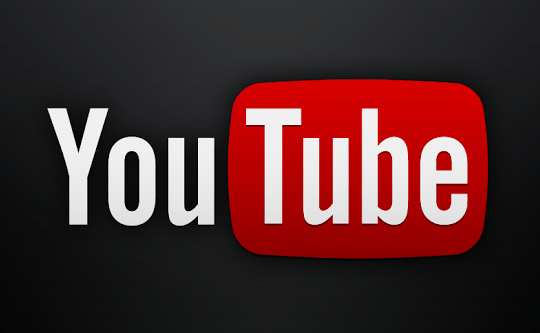 A video put up to YouTube by the official Aston Villa YouTube channel last night quickly went viral, with the entire video, which lasts a total of seven minutes, filmed by Aston Villa TV.

It is put up specially for April Fool's, which occurs every 1st of April.

In the video, Aston Villa TV and Villa chairman himself Randy Lerner pieced together a prank to fool Beckham, while at the same time recording it by placing a hidden camera in his office.

It starts off with Beckham coming into his office in the morning, ready for a day of work, but the telephone rings and it's a call from Lerner to check his e-mail. Beckham does so, and the contents of that particular mail he receives cannot be seen in the video, but AVTV revealed them with some clever editing in a pop-up picture during the video as it continues to play. Looking shocked, Beckham gets on his feet, then falls back onto his chair, looking pleased.

He clicks something, and his smile quickly changes into a frown. AVTV has since revealed that he hit the 'Confirm' button in the e-mail and this was pop-out was the cause of the change in emotions: 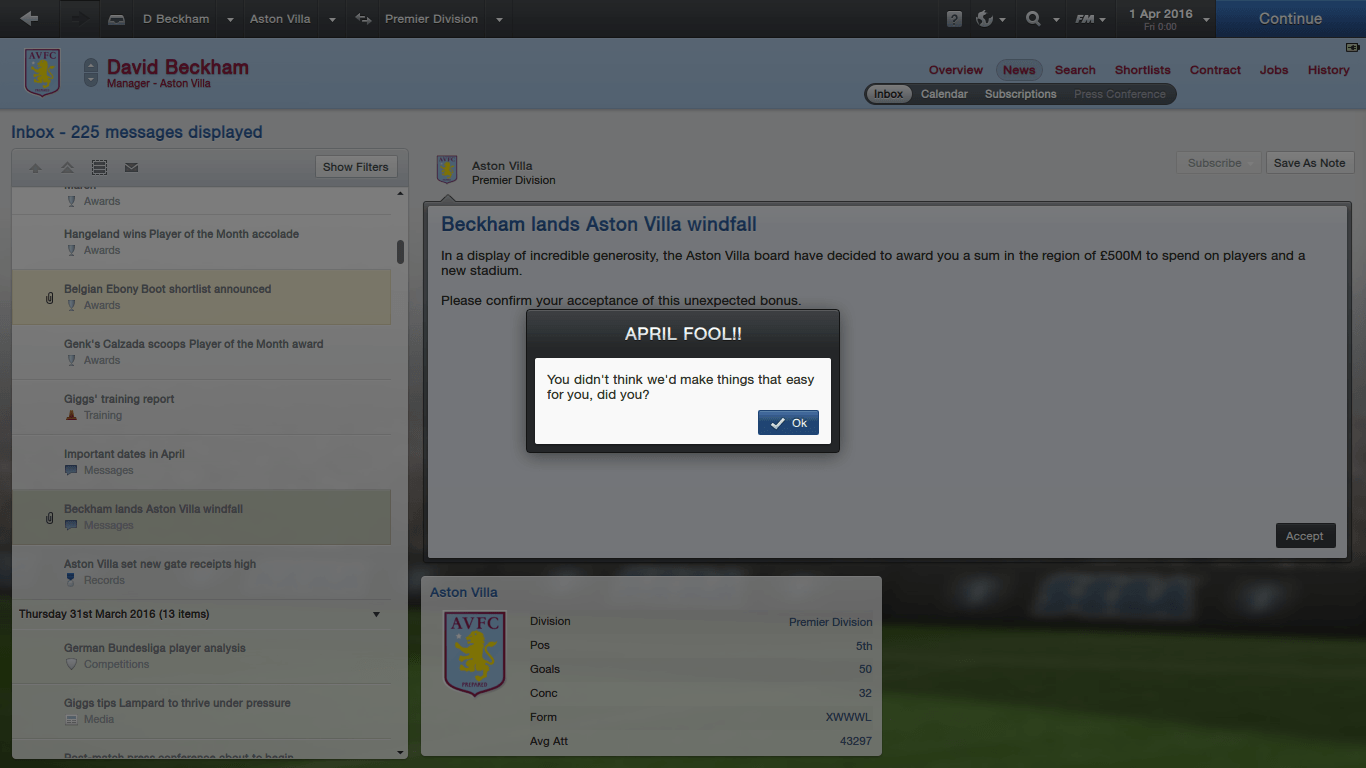 Immediately, Beckham flies into a rage and starts jumping around the office. He then discovers the hidden camera, but it is too little, too late as the video ends.

It went up on the official YouTube channel of Aston Villa, and quickly gained 5 million views in 24 hours.
Login to Quote

Louis O.
9 years
And 2m of those views were from me. Nice 'update' Glenn

Jozef
9 years
LOL, too funny. I can picture Beckham jumping up and down and destroying things. 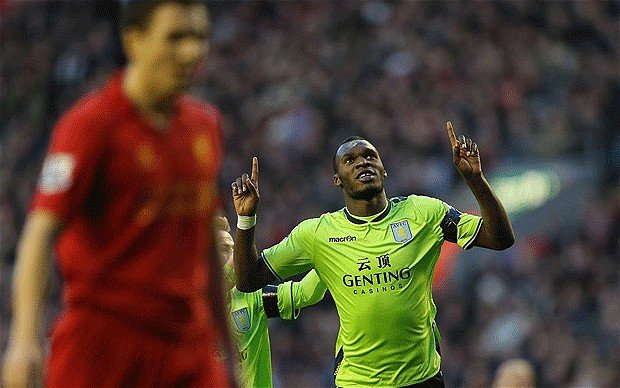 Aston Villa are through to the Semi-Finals of the Europa League after besting Liverpool 3-2 on aggregate in the Quarter-Finals.

The Reds originally won 1-2 at Villa Park, but the Lions struck back and have rose to claim their spot in the Semi-Finals with a spectacular 0-2 showing against Liverpool at Anfield. 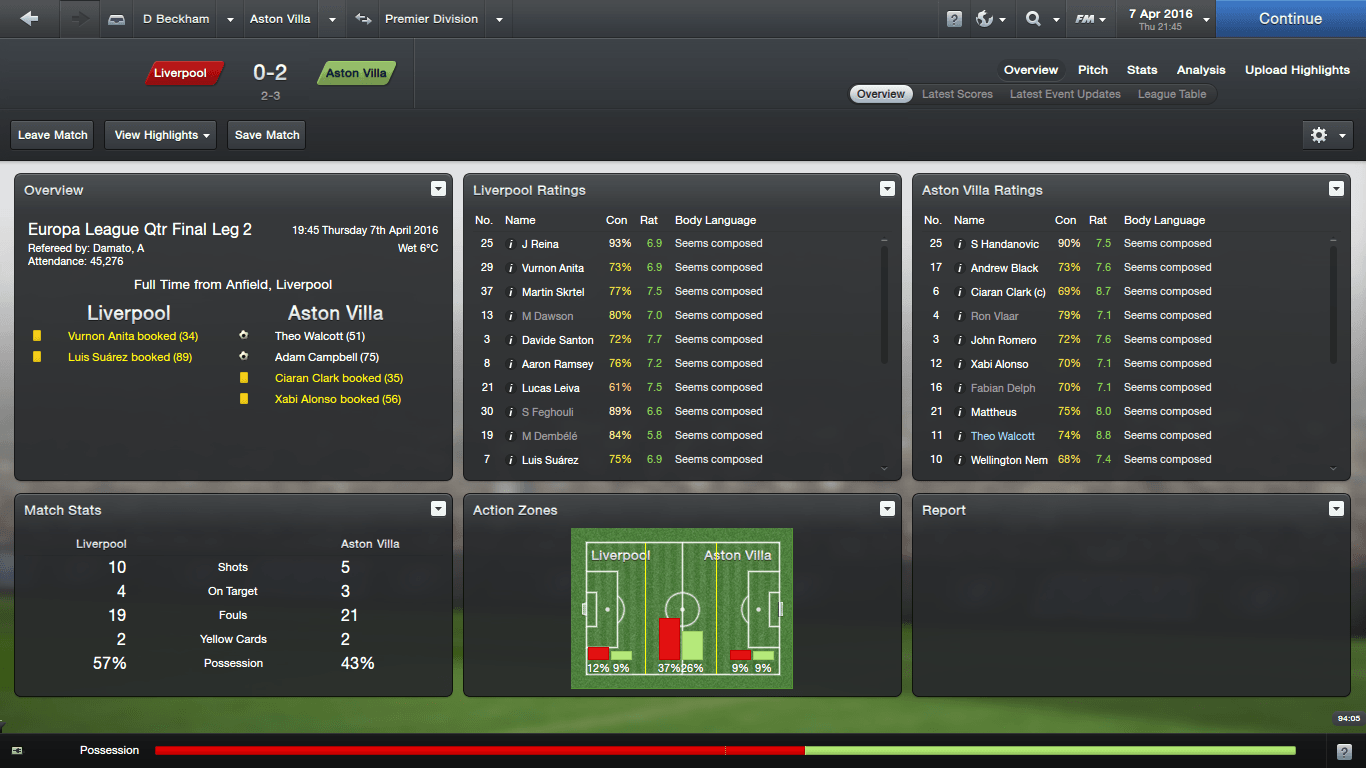 Liverpool failed to take their chances and Villa benefited from the dismaying form of Luis Suarez, who failed to put a shot on target today.

Goals from Theo Walcott and substitute Adam Campbell sealed the win for Villa and also an incredible disappointment for Liverpool, who had beaten teams like FC Twente, Sochaux-Montbe and Galatasaray to get this far.

"Liverpool and Aston Villa both played well. I can imagine how disappointing it must be for Liverpool to be out of the Europa League after getting this far, but Michael (Laudrup) took the defeat gracefully. They were tactically spot on, but we were able to get through with a stroke of luck."

Carlos Fierro, who has been normally prolific in Europe, had a below-par game but Beckham hesitated to sub him out for young teenage striker Campbell, fearful that the 21-year-old would fail to perform in such a big game.

Nevertheless, Campbell proved his manager wrong as he quickly came on a few minutes after half-time to score the winner for his team.
Login to Quote