Chris
9 years
No Chelsea players in the England squad? Wow..
Login to Quote

Couragesand
9 years
You should check people like neymar, etc to see their current ability.
1
Login to Quote

AlexSonwild
9 years • Edited
Just read the 10 pages since Kolo record and I have to say :

I love the AVTV Interviews

Congratulation on winning the League Cup
Lol, the April fool update is great

If you're interested I can give you an SS of Neymar

I love the AVTV Interviews

Congratulation on winning the League Cup
Lol, the April fool update is great 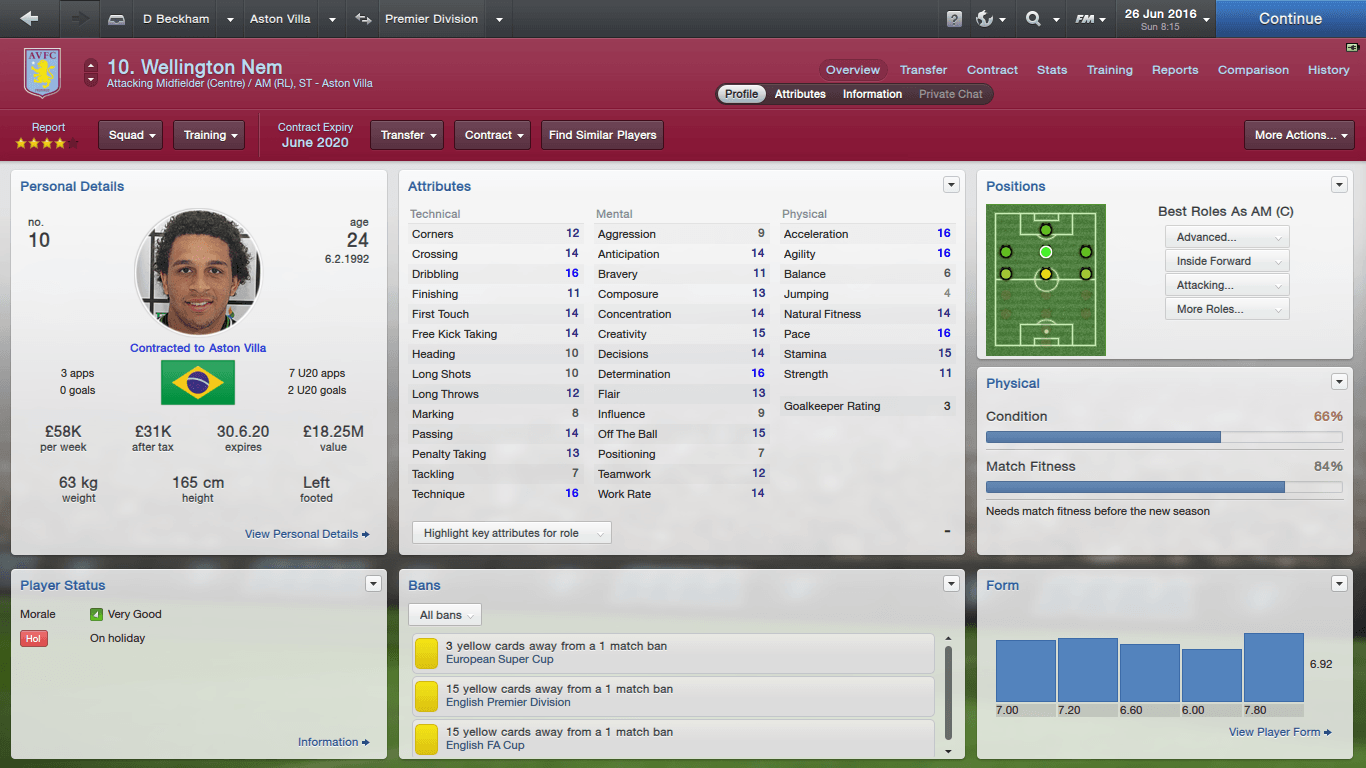 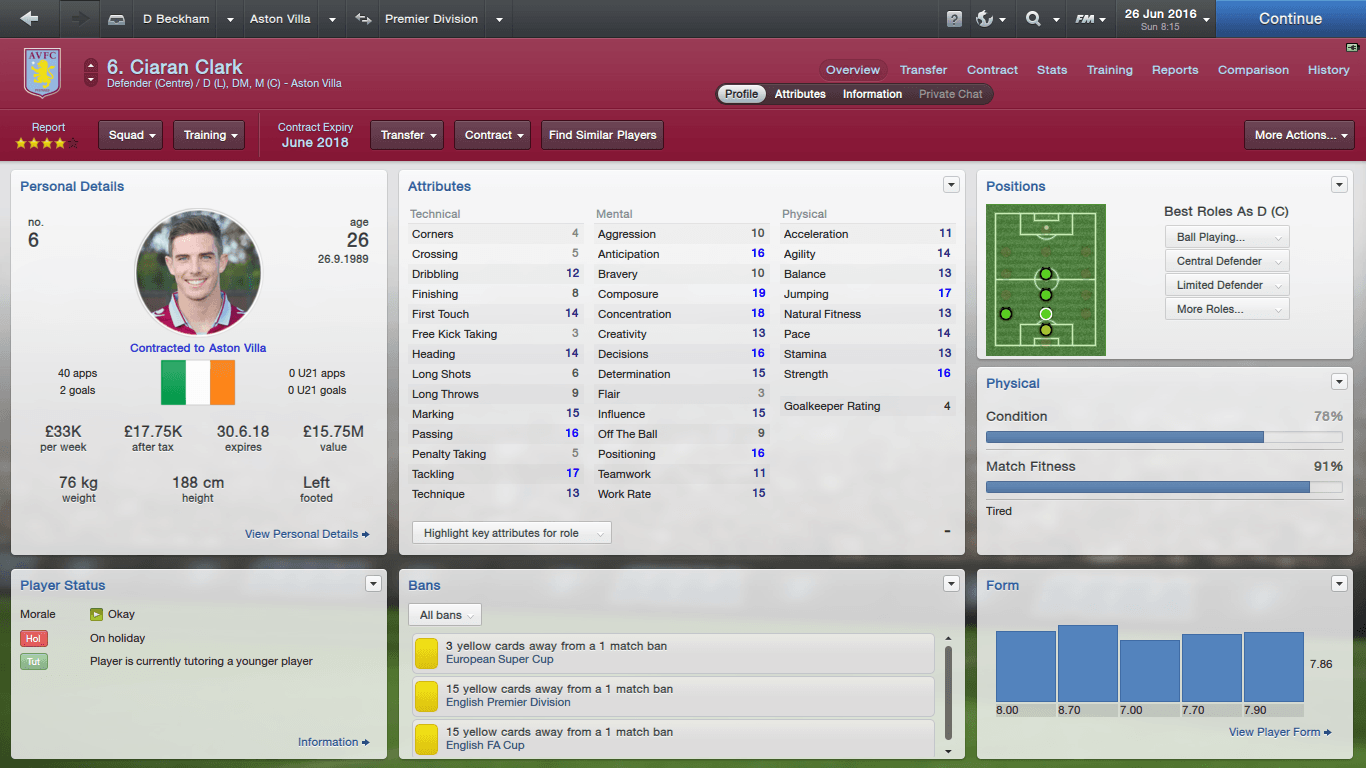 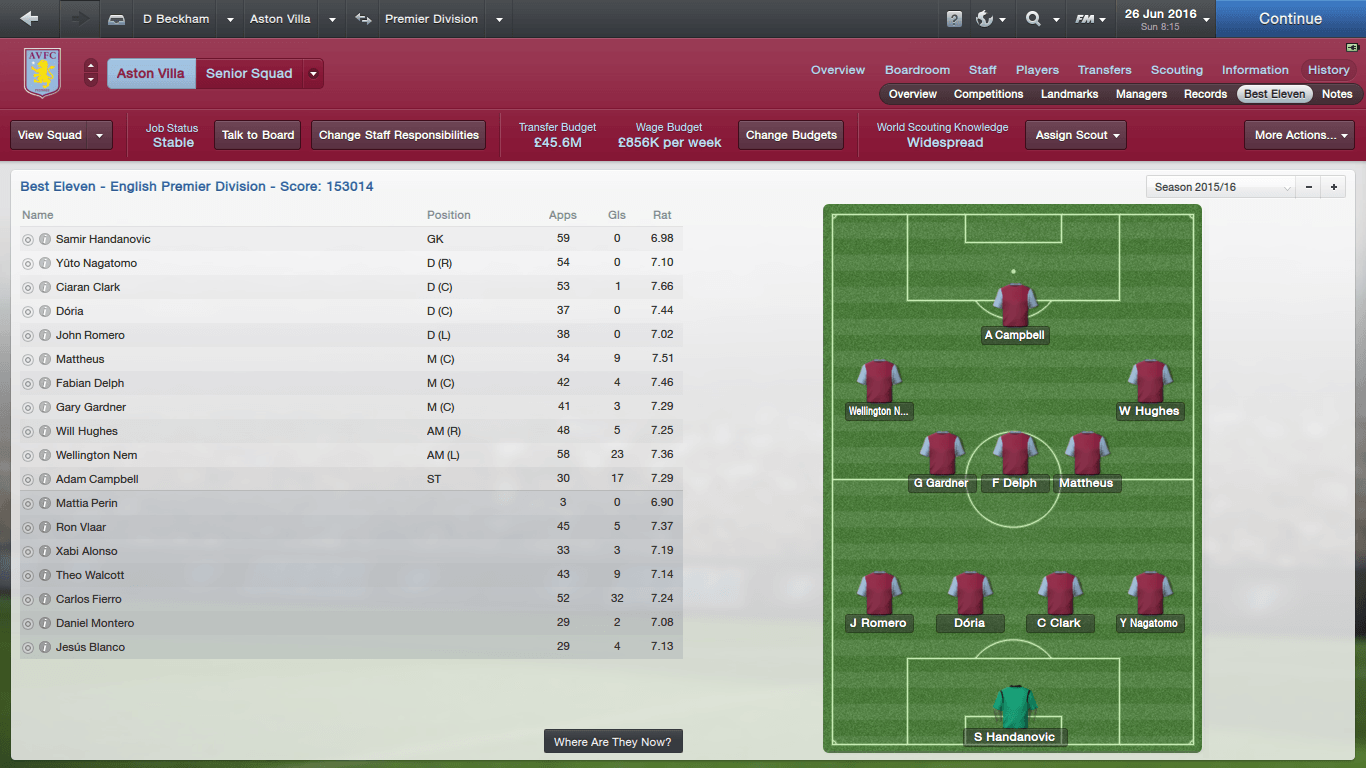 TheMS99
9 years
I'm sorry but a certain Aston Villa manager wasn't in the top three for the manager of the year? Anywho, well done on winning three trophies now, give it a season or two and Beckham could be a league and champions league winner as player and manager.

2013-04-04 23:30#89873 TheMS99 : I'm sorry but a certain Aston Villa manager wasn't in the top three for the manager of the year? Anywho, well done on winning three trophies now, give it a season or two and Beckham could be a league and champions league winner as player and manager.

Thank you! A little shocked I wasn't in Manager of the Year as well, to be honest!

Joe
9 years
I remember in that first season when you were nearly sacked ;)...now look at you

Oh... O_o...Well I disappeared of the ste for a few weeks

Rampage of the Three Lions England have progressed to the Final of the Euro 2016 after outclassing Holland 1-0 in the Semi-Finals.

The Three Lions will face Spain, who beat Bosnia & Herzegovina to advance, in a bid to secure a double of the World Cup and the European Championship, having won the former in 2014 with a goal from Peter Crouch. 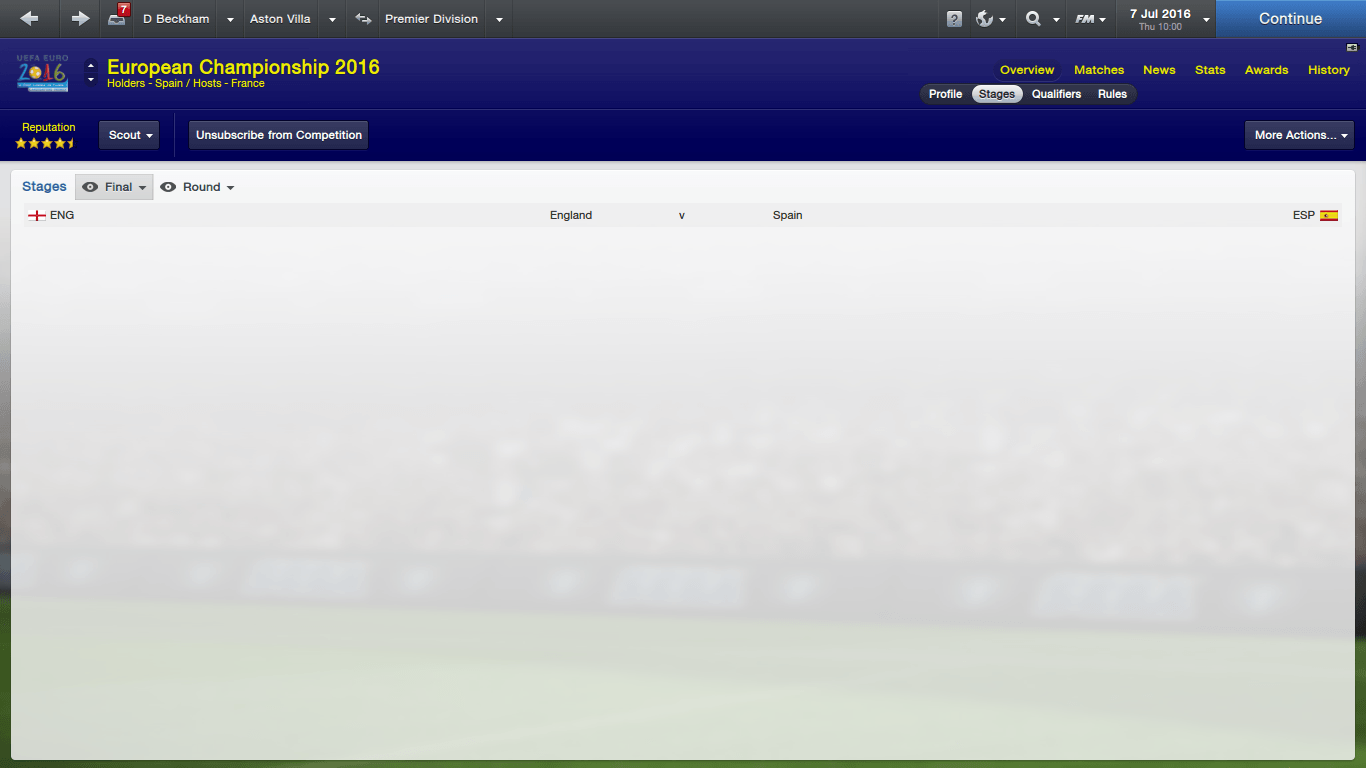 However, Aston Villa fans were particularly interested in the England-Holland match as two Villa players squared up against each other.

Theo Walcott came on for England in the 45th minute, while Ron Vlaar started the match. The Dutch defender was primarily tasked with keeping Wayne Rooney at bay but often saw himself battling with his teammate at Villa Park for the ball, as the enthusiastic winger regularly cut into the box to create chances.

After the match, Vlaar spoke to journalists in the post-match press conference alongside national team boss Huub Stevens.

"It is obviously a massive disappointment for us," Vlaar admitted, speaking to the journalists in Dutch. "We've not won a major international tournament since 1988 and we Oranje players really want to taste success. We are one of the world's top international sides but all we can do in tournaments is getting close, but not getting it completely. We want to finally break this curse for the World Cup in two years."

However, the 31-year-old was quick to congratulate Villa teammate Theo Walcott and England for reaching the Final. 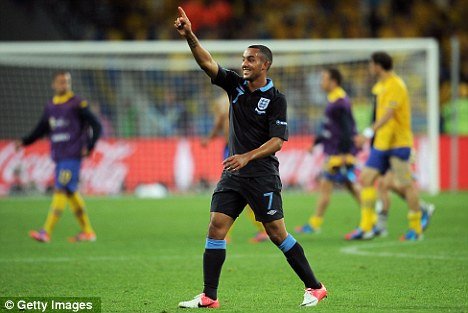 "Their manager, Stuart Pearce, has been tactically spot on and they have breezed past this tournament. I think they have what it takes to beat Spain in the Final.

"I came up against Theo some moments during the match and he is very hard to play against, definitely. He's a great lad. He didn't get selected for the World Cup in 2014 but he's done very well to turn his international career around to be selected to come here to France. He's been working very hard and I hope I can see him involved in the Final."

Vlaar will now return to England and Aston Villa, while Walcott and his England teammates continue on their trek to become champions of both the world and Europe.
Login to Quote 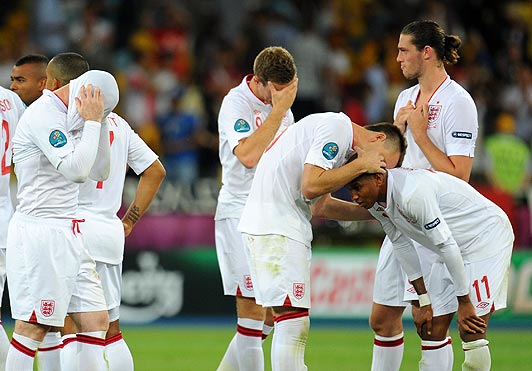 England have been defeated by Spain in the Euro 2016 Final, losing 4-2 on penalties after forcing the Spanish into a 2-2 draw. 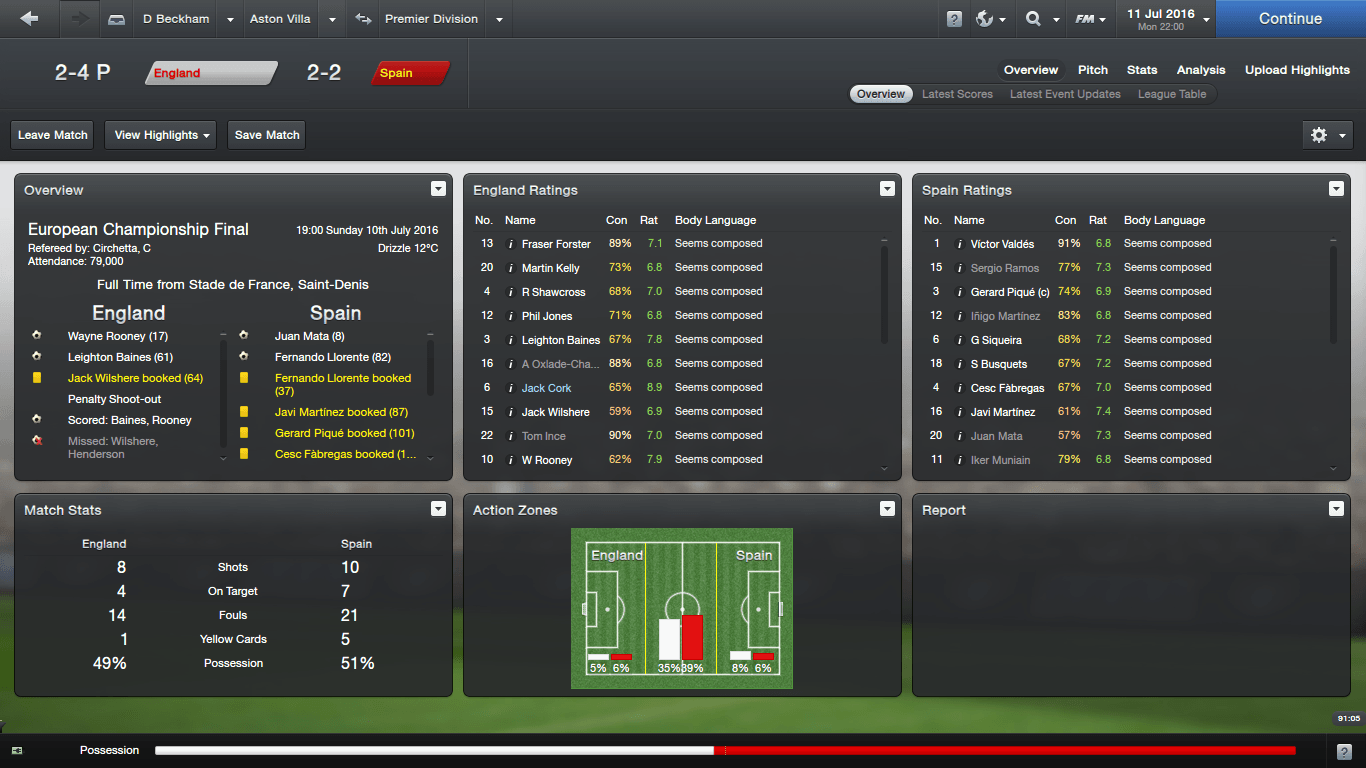 An unlucky Final for the Three Lions, as their charge to become world and European champions have been halted.

"They have been brilliant all tournament and to lose the tournament on trophies is extremely disappointing. But I think they'll pick themselves back up and will be one to watch in the next World Cup."

Aston Villa boss David Beckham also paid tribute to the national team he once played for. "England have been fantastic to get into the Final and force Spain to a draw in such a huge match. It is purely unluckiness that they've lost."
Login to Quote 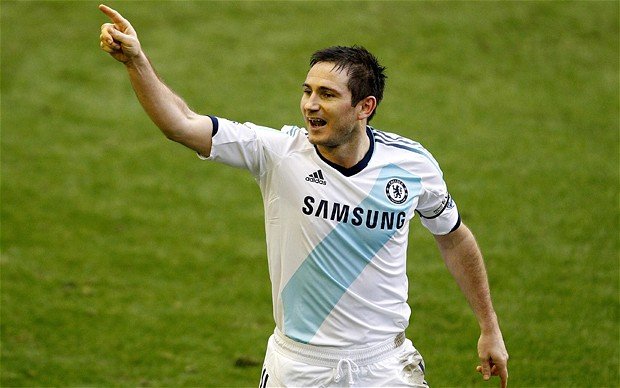 The start of a new season has seen Aston Villa veterans Frank Lampard, Kaka and Kolo Toure call time on their playing careers.

All three of them only recently linked up with Villa after their footballing careers stagnated, but their time before joining the set-up at Villa Park had been absolutely spectacular.

Lampard started out at West Ham and quickly broke into the first-team after a short loan spell at Swansea. Not long after, his talent was recognized and Russian-owned club Chelsea purchased him for a fee of 11 million. Lampard carried his form at the Hammers over to Stamford Bridge, and eventually earned a spot in the England national team as well as vice-captaincy of the Blues. After 12 years, he was an icon at the club, but put an end to his Chelsea career, travelling to Germany and joining Schalke, where he had a successful season in the Bundesliga. In 2014, Lampard joined Aston Villa, and made 26 league appearances for the Villans in total before his retirement. He has indicated a desire to enter management with an English club. Kaka was a Brazilian sensation, playing for clubs like Milan and Real Madrid. After being spotted in the youth set-up at Sao Paulo, Kaka joined AC Milan and was an immediate hit, making 30 Serie A appearances for the Rossoneri. After 6 years, he left to Real Madrid for a record fee of 51 million, but was often benched at the Bernabeu and joined Manchester City for 18 million just three years later. Although initially a hit at the Etihad Stadium, he soon fell out of favor as age caught up, and was shipped off to Aston Villa, making 32 league appearances in 2 seasons at Villa Park before his retirement. He has stayed loyal to the Birmingham club and re-signed on as a coach under manager David Beckham. 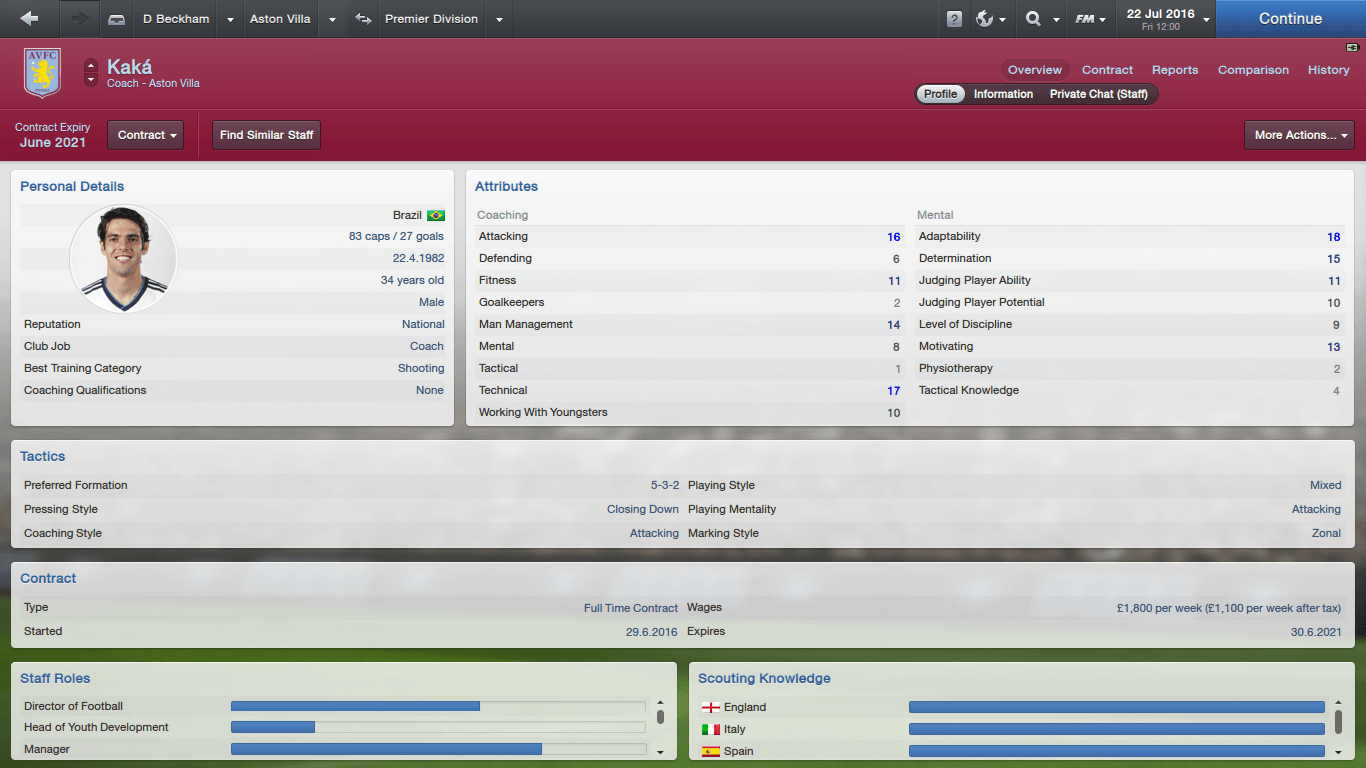 Toure started his career at hometown club ASEC Mimosa, but was soon talent-spotted by Arsene Wenger and left for Arsenal in 2002, and quickly broke into the first team the next season after a year turning out for the Gunners at youth level. Awarded the vice-captaincy, Toure frequently captained Arsenal but fell out with defensive partner William Gallas and demanded a move away from the club. He got it, joining Manchester City in the summer of 2009 for 14 million, but did not enjoy the same success he enjoyed at Arsenal, and after four years with the Citizens was sent on loan to Aston Villa and subsequently released, where he joined up with Villa again. A reliable defender in his first two seasons at Villa Park, Toure eventually fell to fifth choice behind Ciaran Clark, Ron Vlaar, Doria and Daniel Montero, and made only 1 appearance in the Premier League last season. The Ivorian has now retired and is expected to return to the Ivory Coast to find work. Beckham has paid tribute to all three of the former Aston Villa players.

"They were all brilliant during their time here and although none of them got as much game time as I would have liked, they were all fantastic influences on the younger players. I wish them luck in their future careers.

"Having Kaka here on board the coaching team is also great. He's been such a good player, so why can't he be as good in a coaching position?"

Lampard admitted in an interview after his retirement that his time at Aston Villa was "enriching", and that it was "a club everyone would want to go to".

"Right now, Aston Villa are a club everyone would want to go to," the 38-year-old remarked. "Just under three years playing for them and I've loved every minute of it. I will always remember my time in an Aston Villa shirt, and especially the fans. They have been so good to me in my time there and I will never forget them. Villa will always be a part of me, as well as Schalke, Chelsea and West Ham."
Login to Quote