Glenn T
7 years
Thanks for the great comments guys, got something special to commemorate 1000 posts that I'll reveal later on. 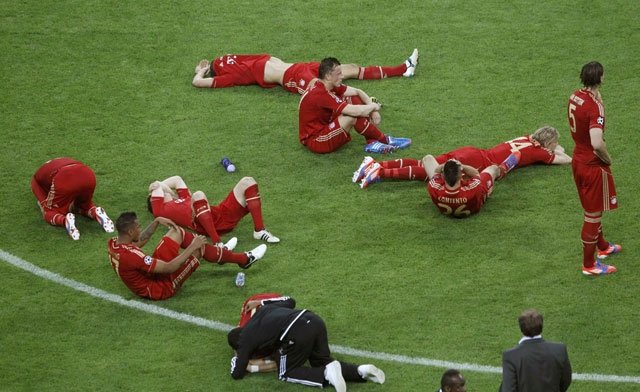 FC Bayern Munchen have been knocked out of the Europa League by Bayern boss David Beckham's old club Aston Villa, with the Villans outclassing Die Bayern 2-1 to win the round on aggregate 3-2. 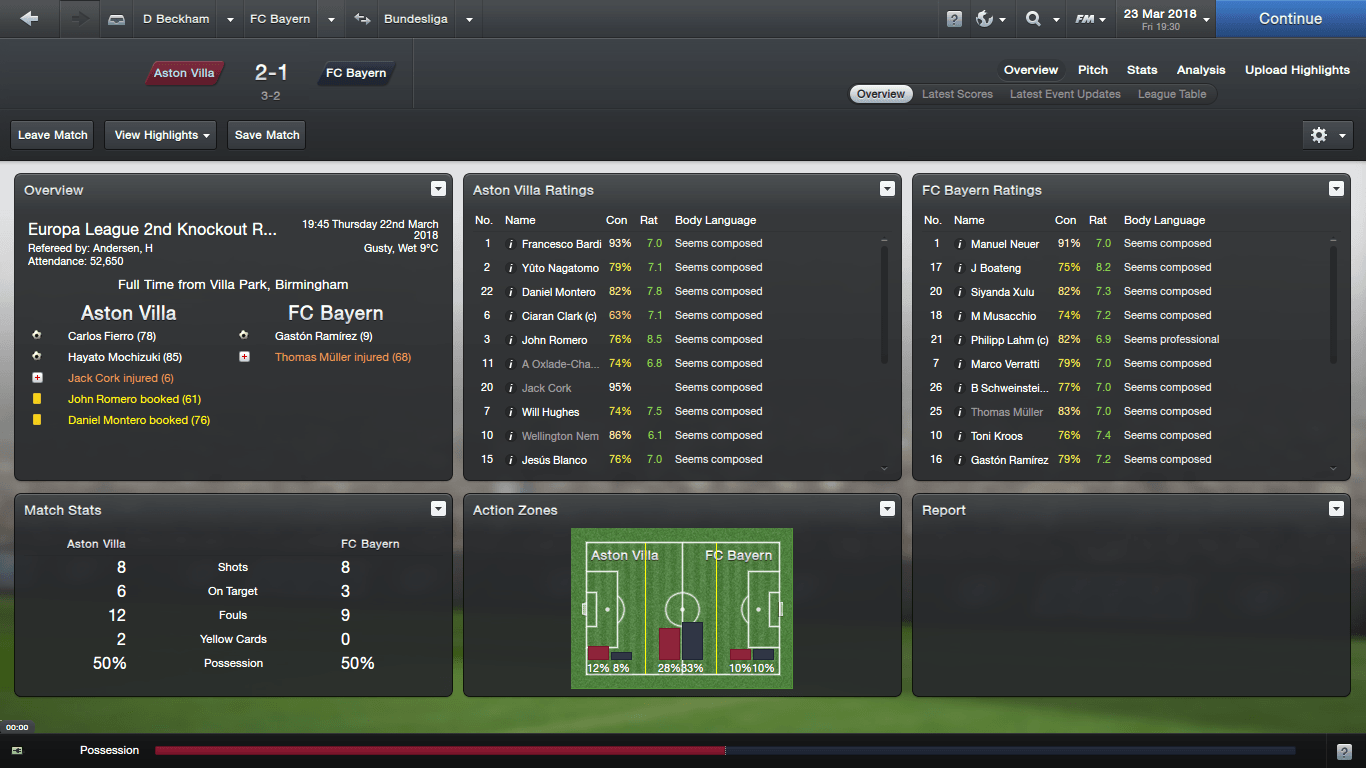 Man of the match Mattheus set up both goals for his team and despite the brilliance of Jerome Boateng and Siyanda Xulu in the Bayern defense, they were unable to keep up with the dazzling Mattheus.

"It's great to win here and progress to the next round but I'm gutted for David," said Villa captain Ciaran Clark after the match. Now considered as one of the best players in the history of Aston Villa after leading his team to a treble win last season, Clark was given an opportunity as first-choice defender in 2012 immediately after Beckham's arrival. "He was a great guy and to lose it against us must be devastating.

"I have been following Bayern and David and they have been playing some great football. It is a shame for them to lose out now.

"But what matters is we have won this and we will progress to the next round. I know David will want us to win it again after we've won this match."

"It's disappointing to lose now because that's another trophy ruled out for the season. I always want to win trophies. But now Aston Villa have won this match, I hope they can go on to win the Europa League."
Login to Quote

Jer
7 years
Do you know that Mattheus plays at Bayern II irl :P? Clark is brilliant

He doesn't Jeremy! Plays for Flamengo in real life, that's where I signed him from when I was Villa manager

David Beckham: Memoirs of a Manager 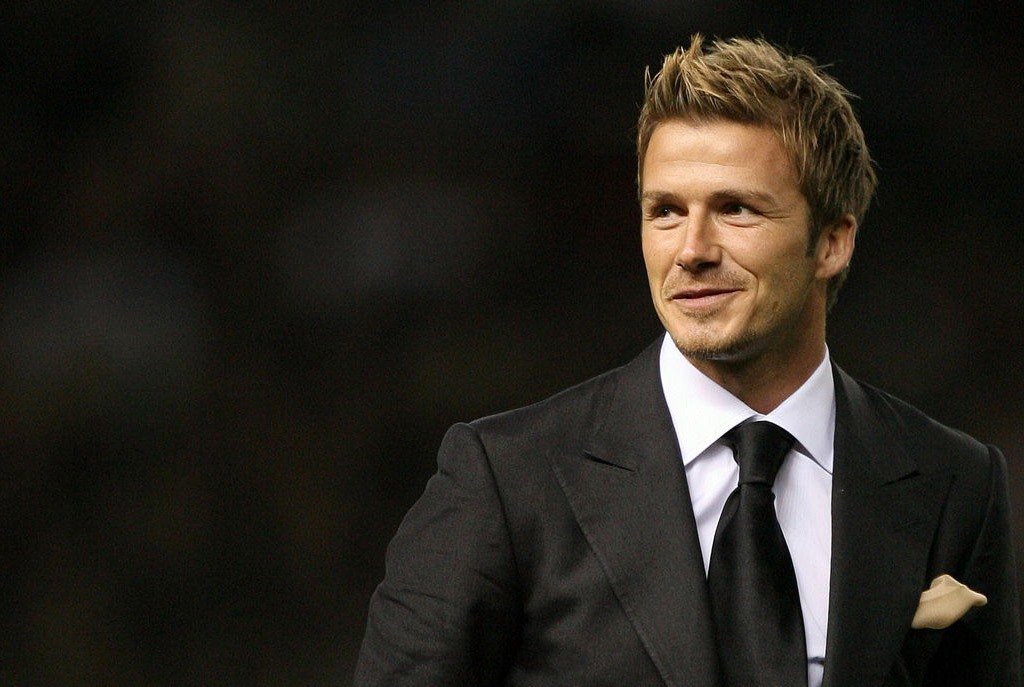 Bayern Munich manager David Beckham has announced that to commemorate his 300th game in management, a landmark which he passed 7 games ago, he will release a new biography titled David Beckham: Memoirs of a Manager. 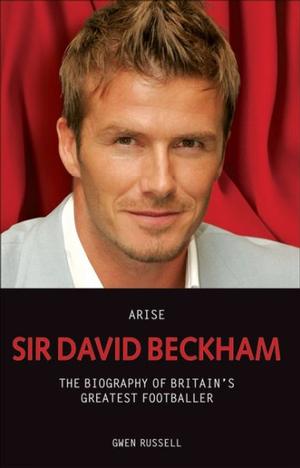 Beckham, who has released a number of biographies in the past, informed journalists that the soon-to-be-released book will be personally written by him and him alone. Memoirs of a Manager will describe the highs and lows of Beckham's managerial journey, which started at Aston Villa after he was approached by Randy Lerner.

"I am very excited about this new biography," said Beckham. "I've never written a biography for a long time. I want to inform readers about everything that happened throughout my managerial career and I intend to do just that."

David Beckham: Memoirs of a Manager was planned by me, Glenn T, to commemorate David Beckham: From Hero to Zero getting 1000 replies. It will be released in Off Topic soon. Yes, it is a real thing!
1
Login to Quote

Jer
7 years
It was me

k1rups
7 years
Awesome update Glenn! Congrats on the 1000 replies but a tough loss against Villa

No worries though you'll be playing Champions League next season!
Login to Quote

Seni
7 years
Unlucky with the defeat to Villa, you'll bounce back!
Login to Quote

Here is my new project - David Beckham: Memoirs of a Manager. If you liked this story, be sure to check out Beckham's new autobiography, secretly written by Glenn T

I set him up, and I told people to come and get it! I DESERVE CREDIT TOO!
Login to Quote

I set him up, and I told people to come and get it! I DESERVE CREDIT TOO!

Okay okay, shoutout to the brilliant, fantastic lad above

David Beckham's Bayern side have been knocked out by Aston Villa in the Europa League, but they are still going strong in the Bundesliga despite suffering their first defeat in 18 games against Gladbach on the last match of the month. They are also in the German Cup Final, and Beckham could win his first trophy in his first season as Bayern manager. 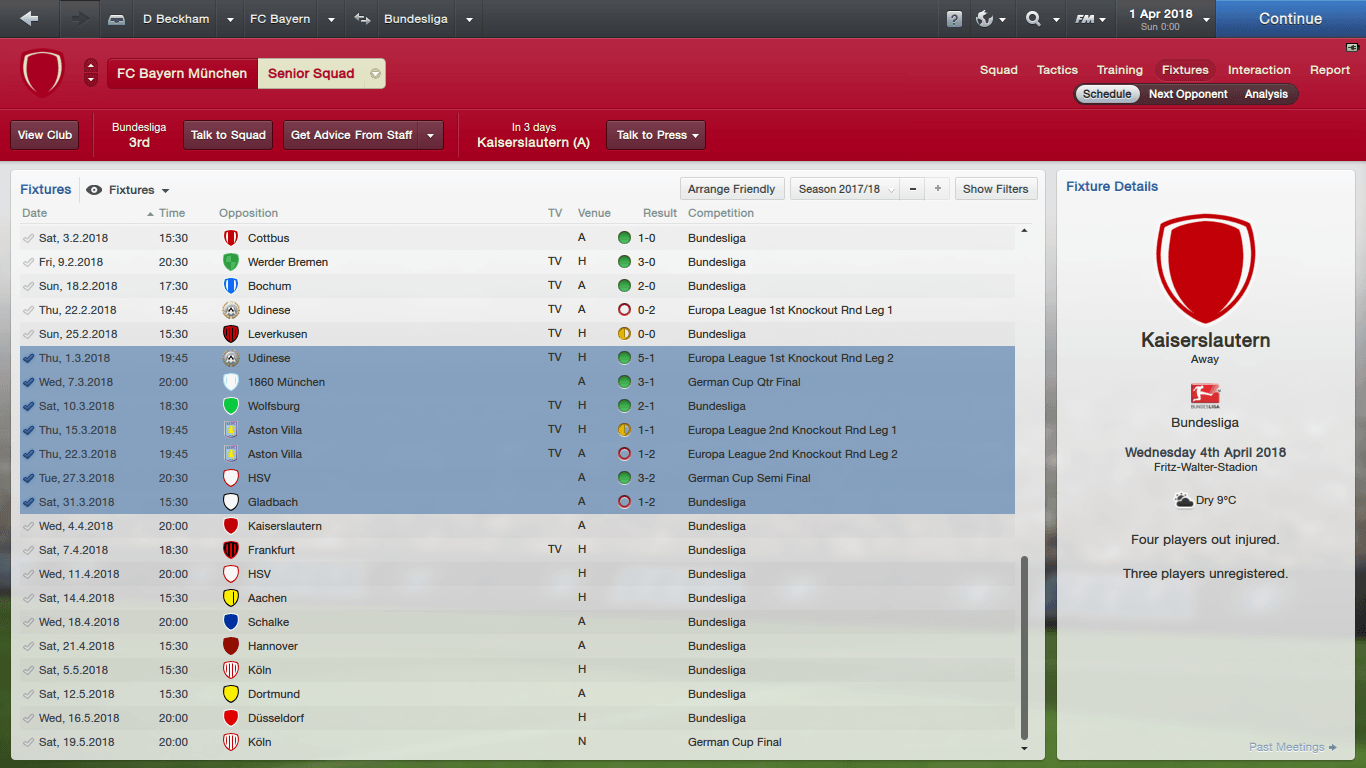 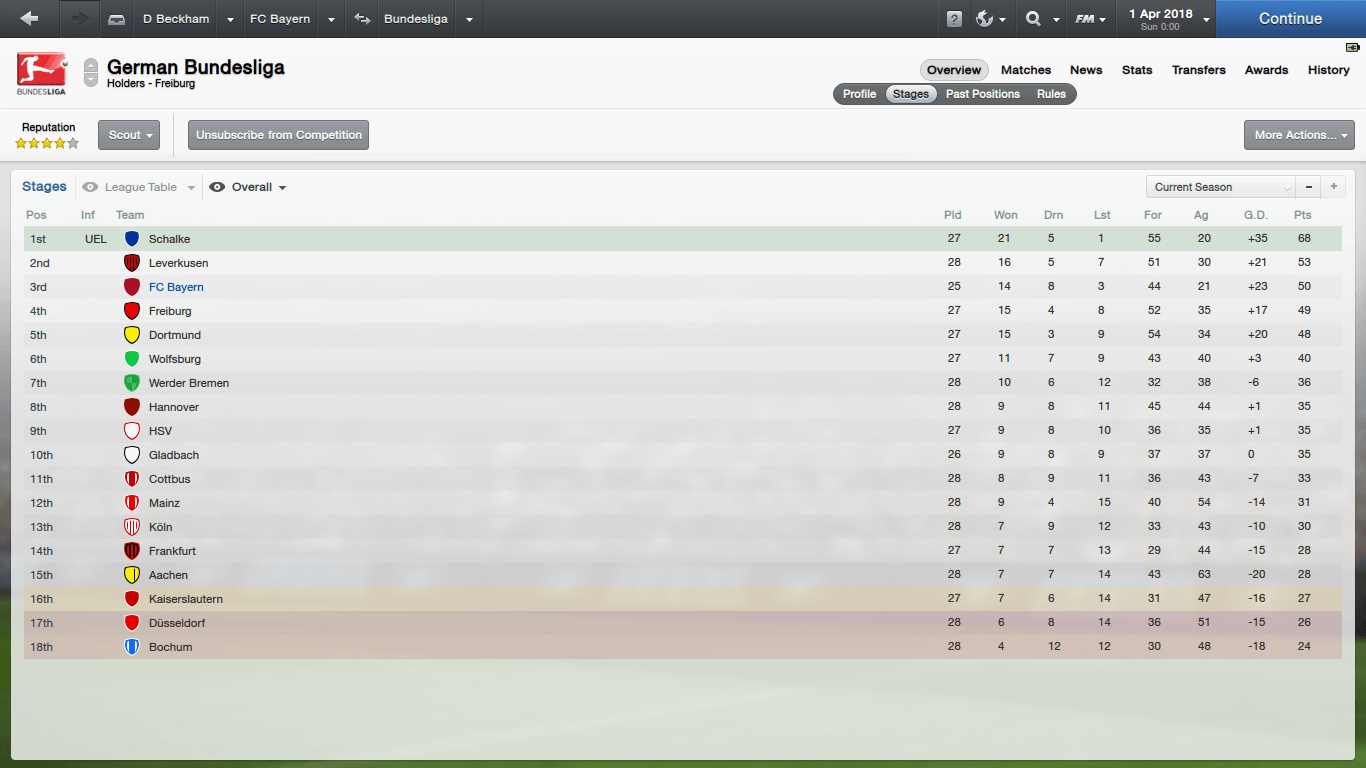 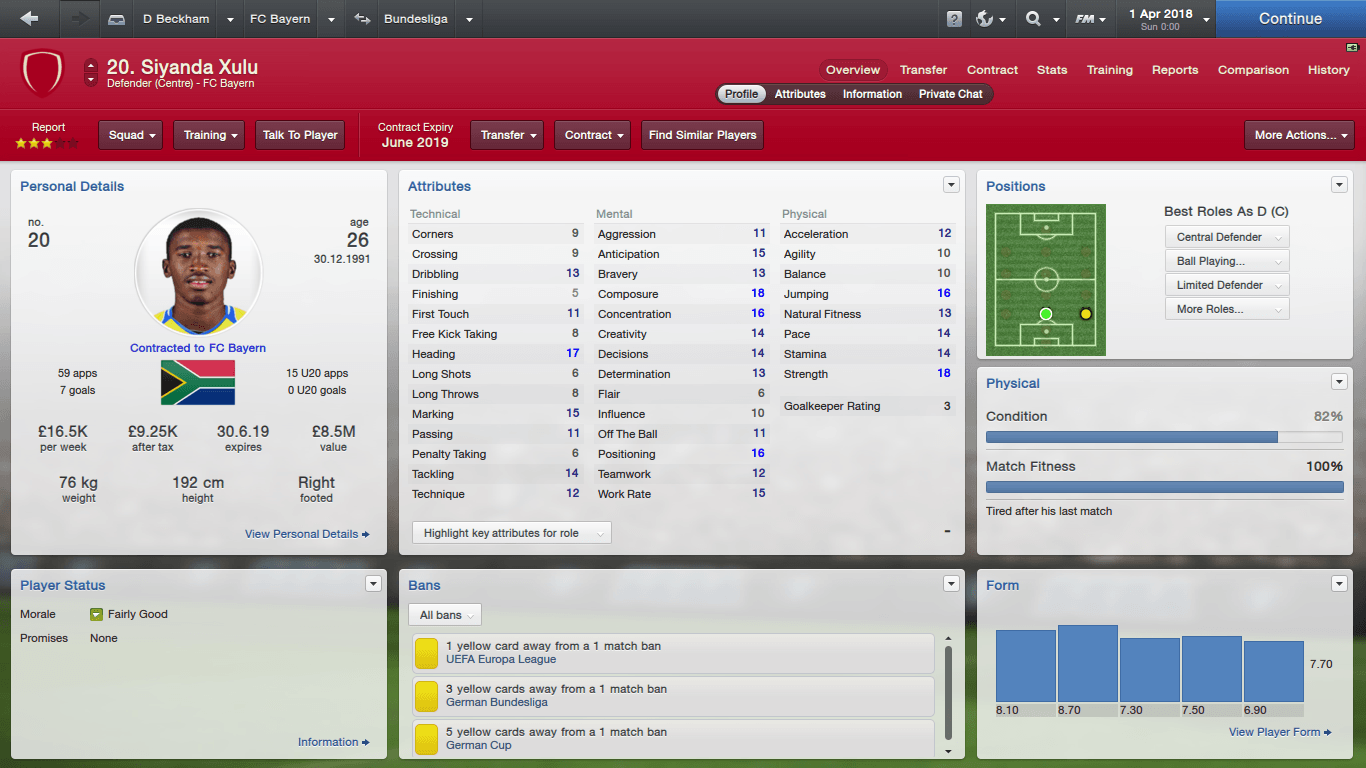 Siyanda Xulu has look assured in defense this month and that has only added to his brilliant season for Bayern so far. The South African international has really upped his game since joining Bayern two years ago. 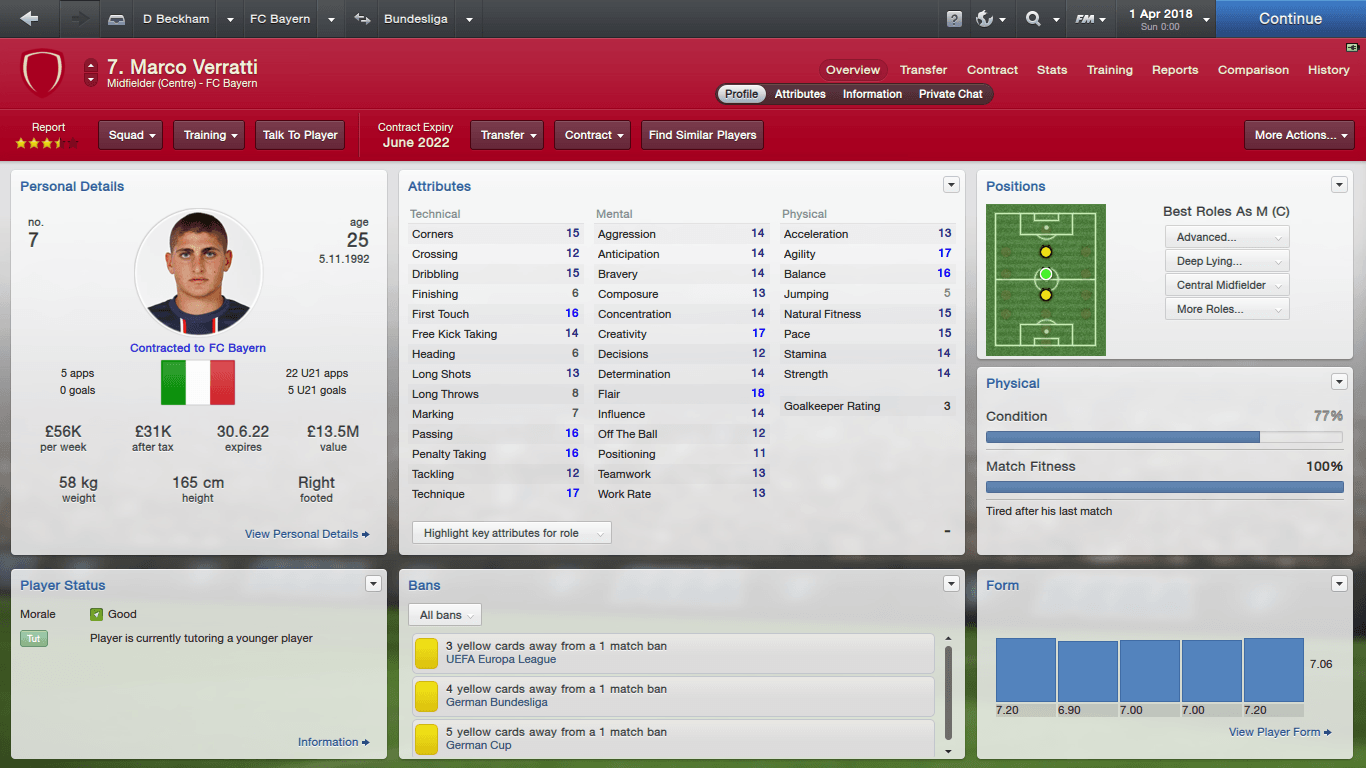 Since joining Bayern in January and given his run in the first team, Marco Verratti has been showing Tottenham exactly what they've missed with his consistency. He has not been perfect in every game, but he has not been any bad either. He is still only 25, and if he keeps up his performances, he will be a potential Bayern Munich legend.
Login to Quote

DeanByrne1995
7 years
Really Nice update Glenn. Love the amount of effort you put into each one!
Login to Quote