JasonRM
9 years
This is just brilliant mate, you're doing great with Bayern, and your squad should reach legendary status when Legendre joins the team!

keep up the great work and maybe you can even continue your SoTM streak!

edu1878
9 years
Catching up when I return from school has been made very tricky by the high amount of updates. Great youth prospects and great transfers. Keep it up and I can't wait for the season to start.
1
Login to Quote


Hahaha thanks for reading mate!
Login to Quote

TheMS99
9 years
See this is why I should check this more often as if I don't I miss like 6-7 pages of good quality entertainment. Bayern are mixing in some of the players of villa into a good core group of players and you should turn bayern into the bayern of 2012-13 in real life. 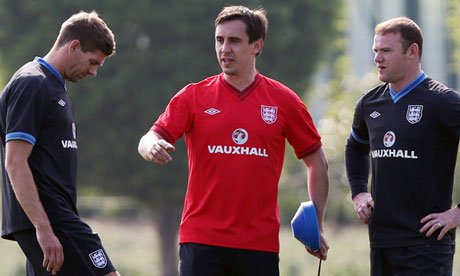 New England boss David Beckham has given his national team's backroom a makeover with coaches and staff pouring out of the Three Lions, with an array of former Premier League legends lined up to replace them. 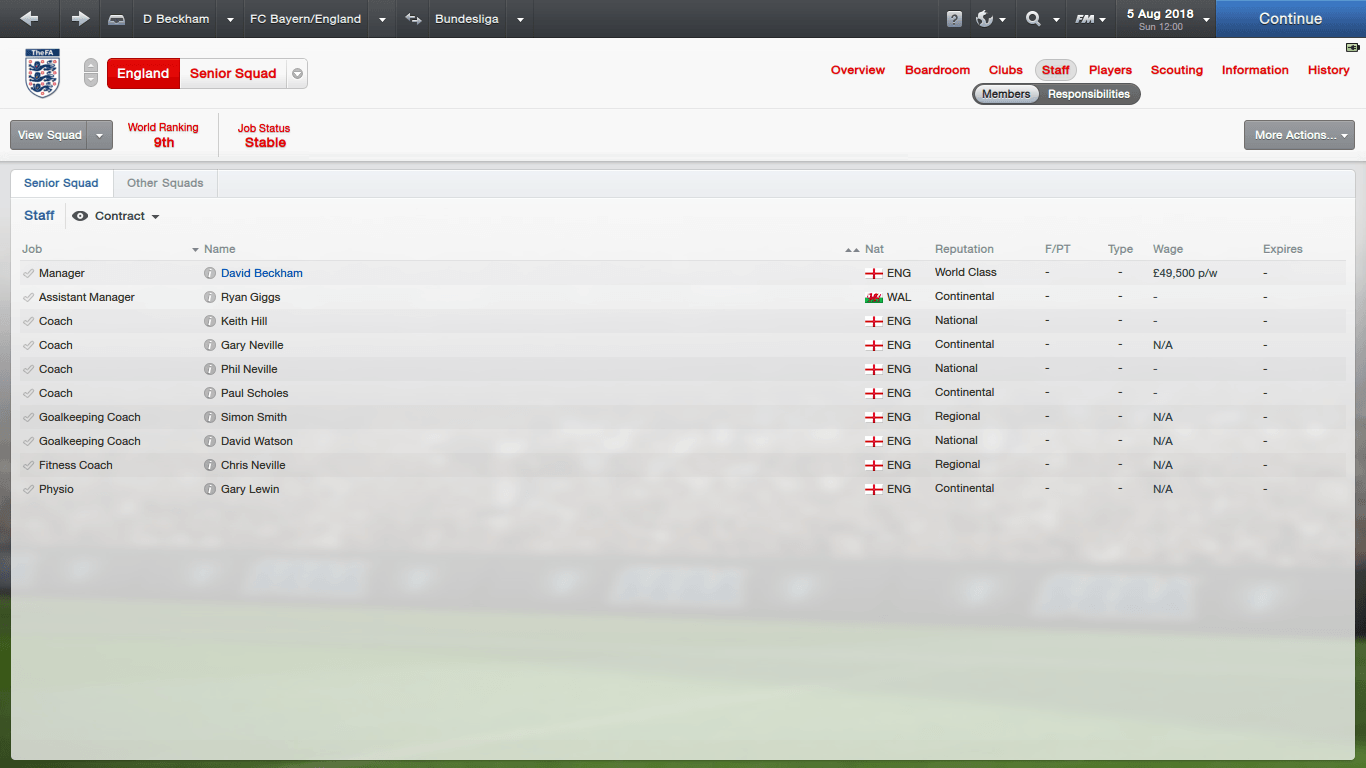 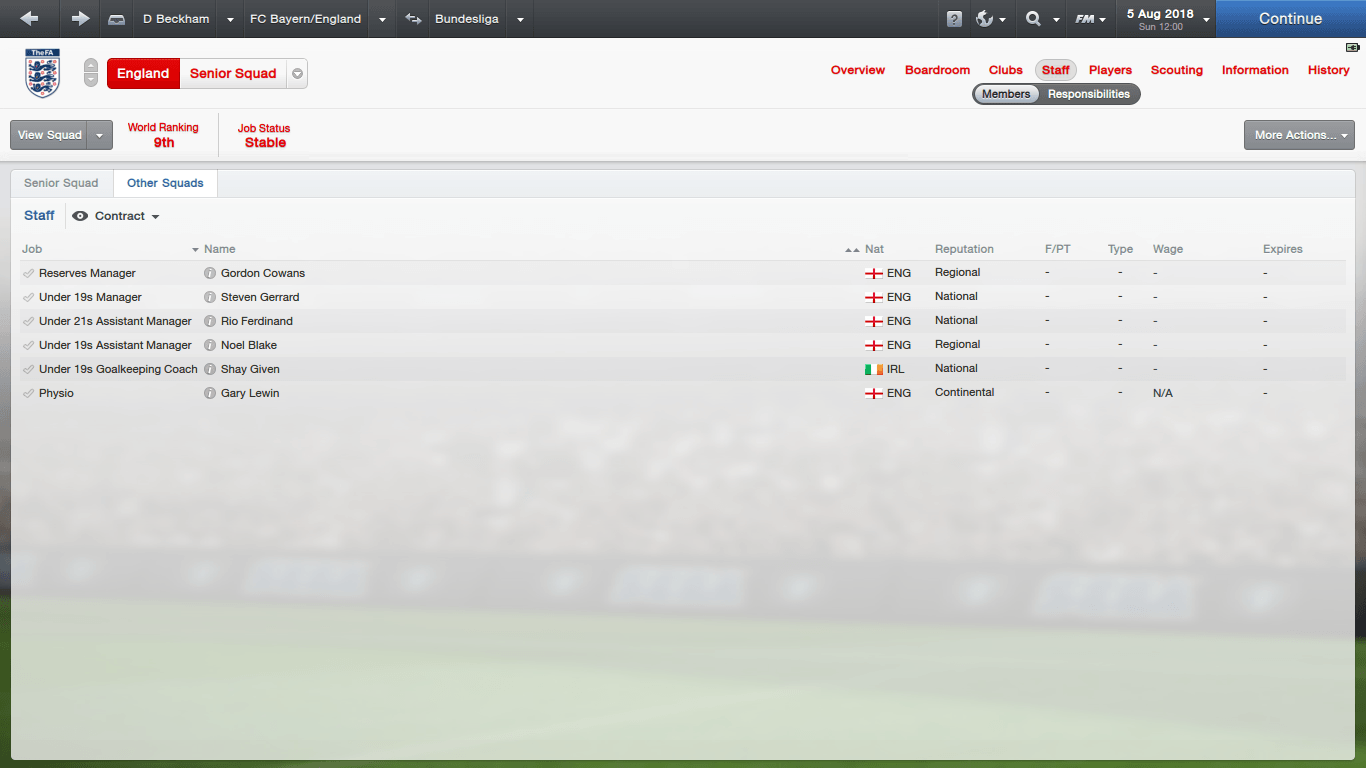 Here at Sky Sports, we will run you through every single new man for the England staff.

Sit back and enjoy. 59-year-old Gordon Cowans played in the Premier League before with Aston Villa and is still there as the manager of Aston Villa Reserves. The Englishman worked with Beckham during his time as Aston Villa manager and has now been brought in to manage the England Under-21s. Liverpool legend Steven Gerrard took the Premier League by storm as an influential midfielder at the Reds, and has won a grand total of 117 England caps. He spent his entire career at Anfield and served as England captain in his playing days. He has now been asked by former international teammate Beckham to take the reins of England Under-19s. 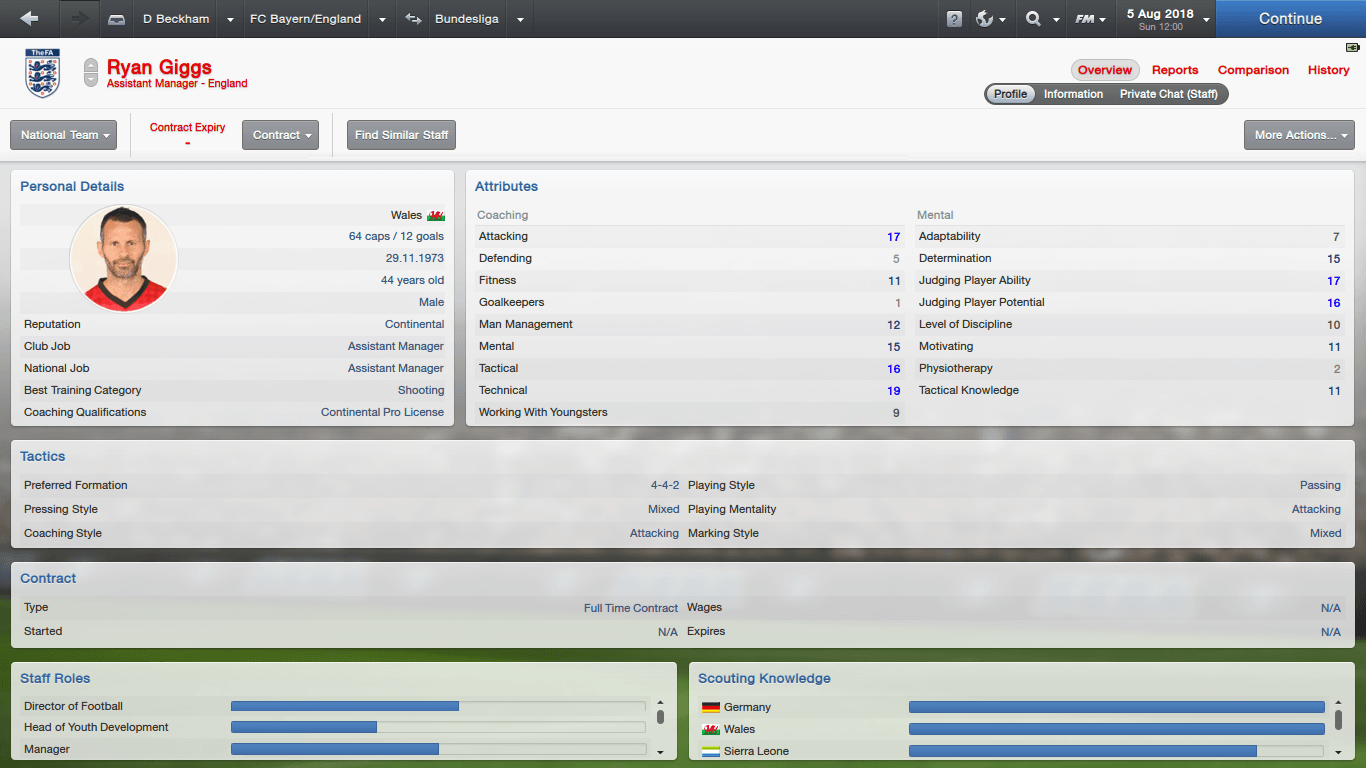 Who else? The 44-year-old former Wales and Manchester United winger worked as Beckham's assistant manager at Aston Villa and currently, Bayern Munich, and has also followed him to the England national team. 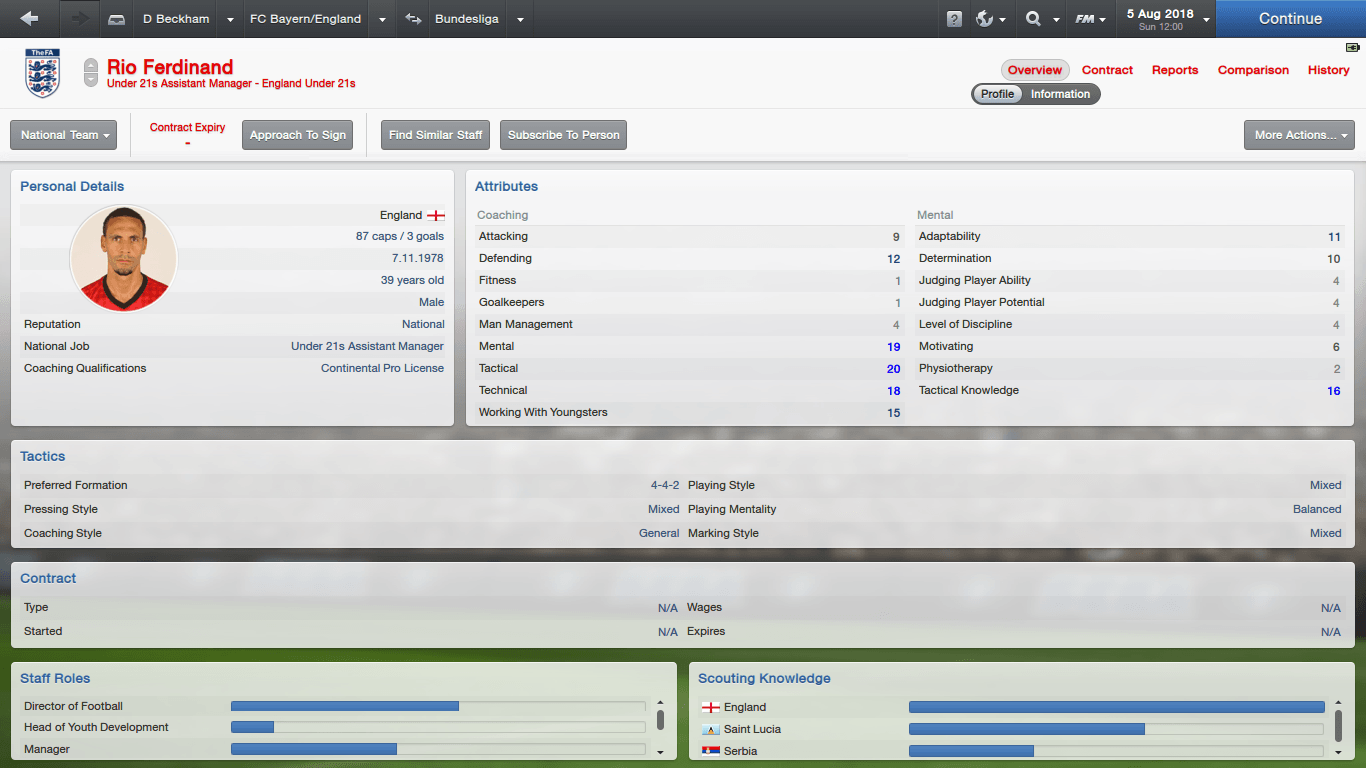 Serving as the assistant manager to Gordon Cowans, Rio Ferdinand was a brilliant defender for Manchester United before retiring not so long ago and the former England veteran, who holds 87 caps to his name, will be working closely with Cowans to ensure the proper nurturing of the nation's Young Lions. 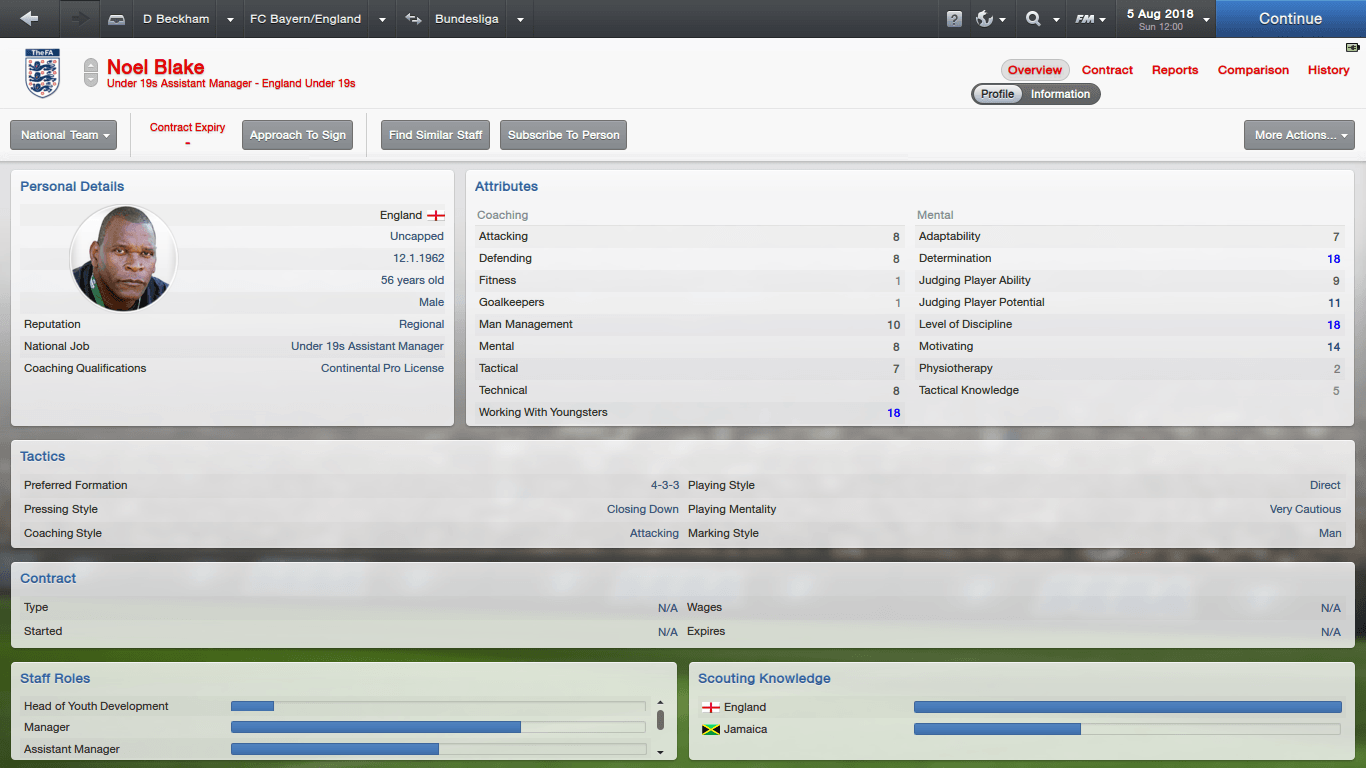 Formerly the manager of England Under-19s, Noel Blake has now been demoted to assistant manager to make way for Steven Gerrard to take charge. Blake spent most of his career, between 1980 and 2001, playing for clubs in the lower leagues and has served as player manager of Exeter City for a brief period. Blake was manager of England Under-19s for more than 10 years, taking over in 2007. However, he will now take a more laid-back role in supporting the next generation of the England squad. 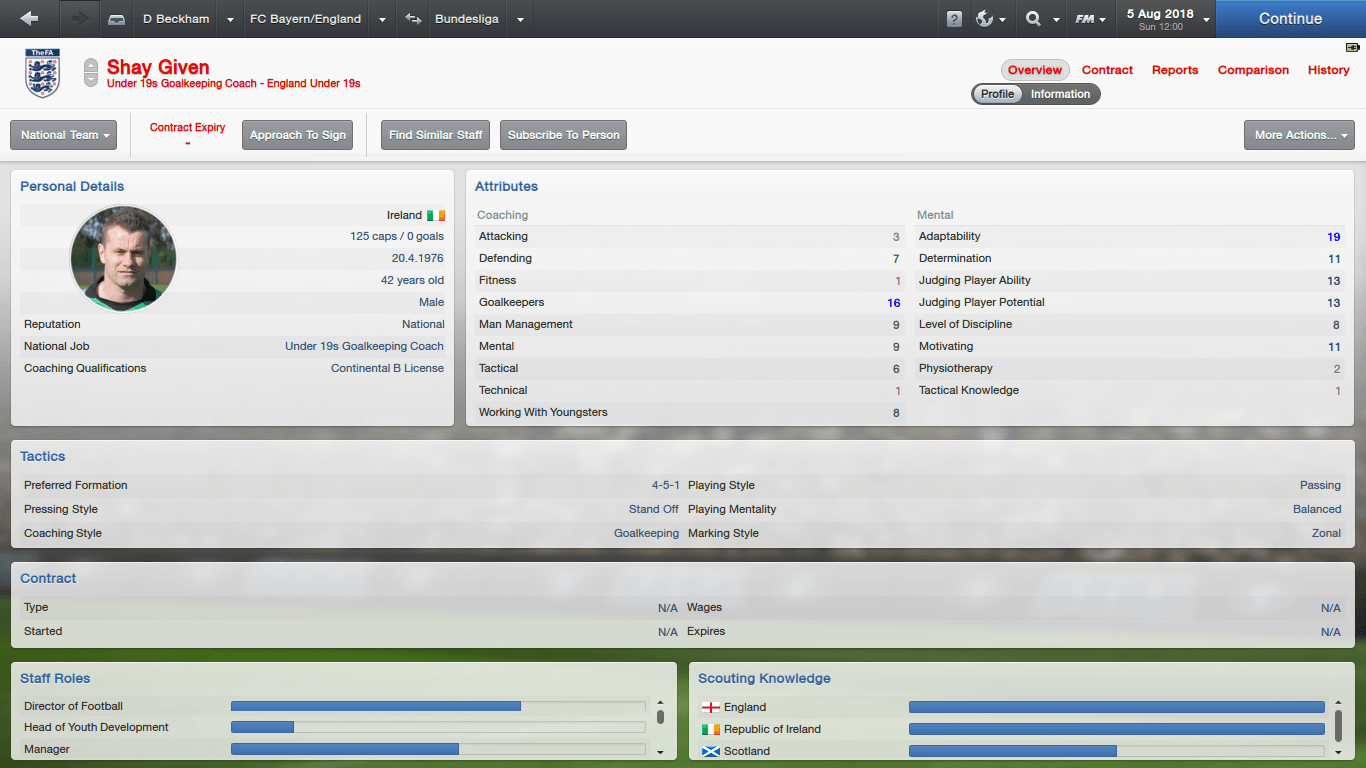 Irish legend and goalkeeper Shay Given was one of the first players of the David Beckham era at Aston Villa, until his retirement in 2014. Given served as goalkeeping coach for Aston Villa until Beckham's departure in November 2017, resulting in him being retrenched by new boss Malky Mackay. However, he has now managed to land a new job with England Under-19s. 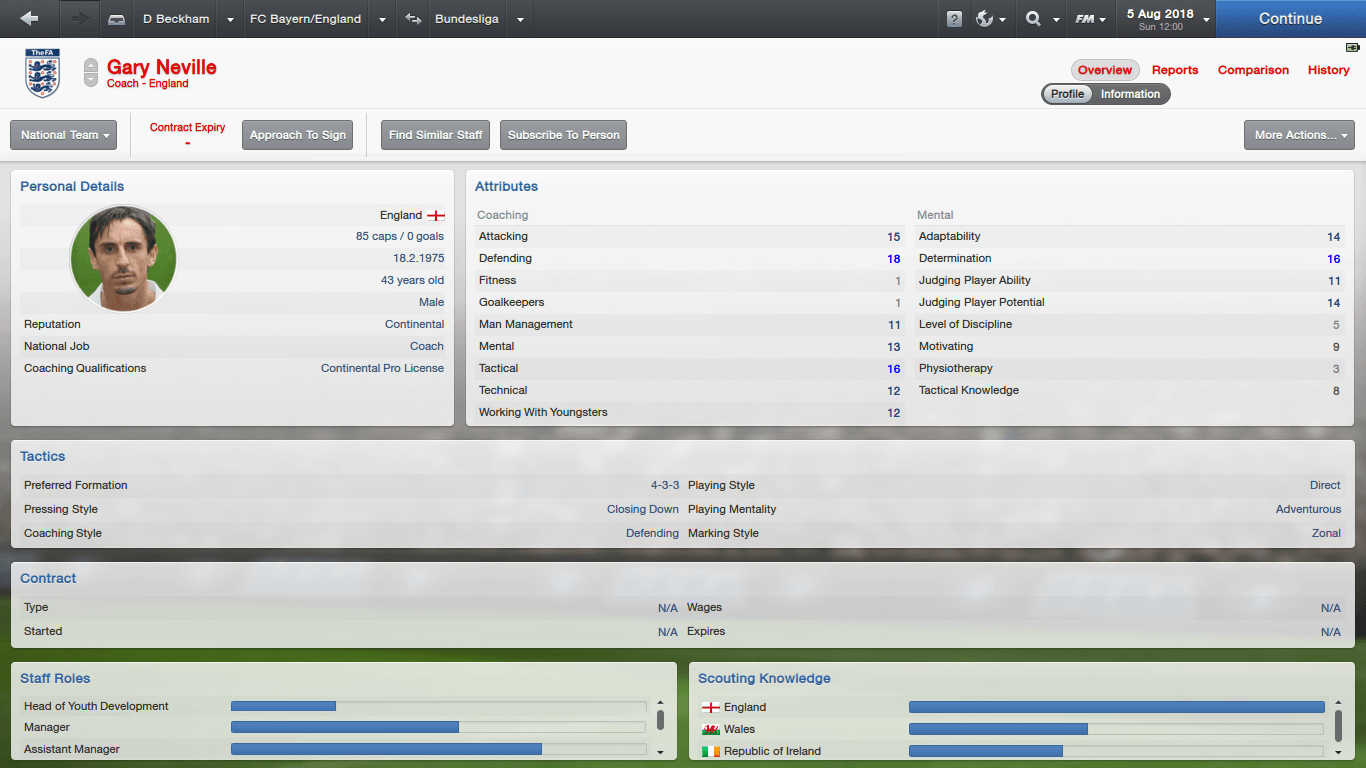 He's certainly not new to England, but with this 'gathering of former England players', we felt the need to include him here! Gary Neville was captain of and a right-back for Manchester United, winning many glorious trophies and honors with the Red Devils. Also a former England regular, he won 85 caps for the Three Lions. He joined the England setup under Roy Hodgson in the summer of 2012 and Beckham will be the third manager he's worked with following Hodgson and Stuart Pearce. 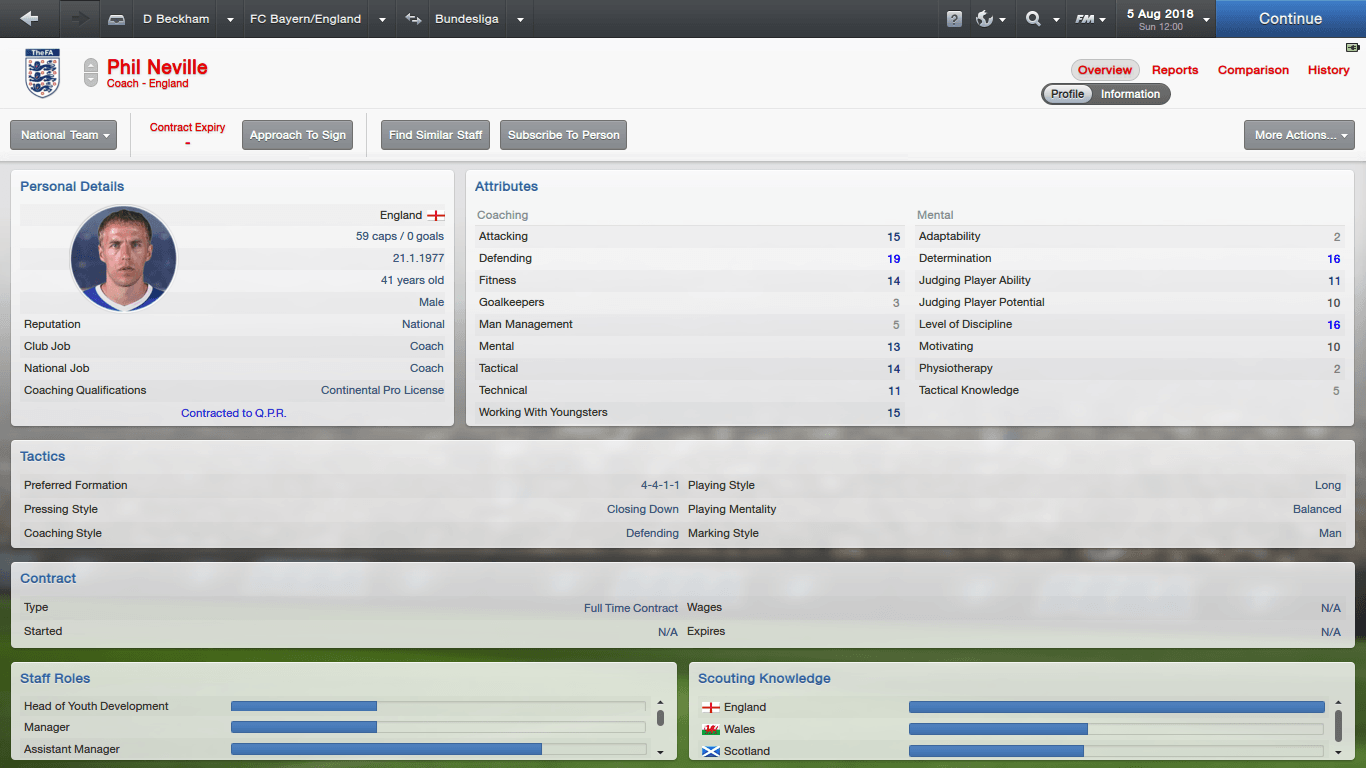 The brother of Gary Neville has also risen to the occasion. Former Everton and Manchester United man Phil Neville, who has gained 59 caps in his career, was invited by Beckham to join the backroom team. His coaching at Queens Park Rangers has garnered praise from players and he will now bring his knowledge and experience to England's professionals. 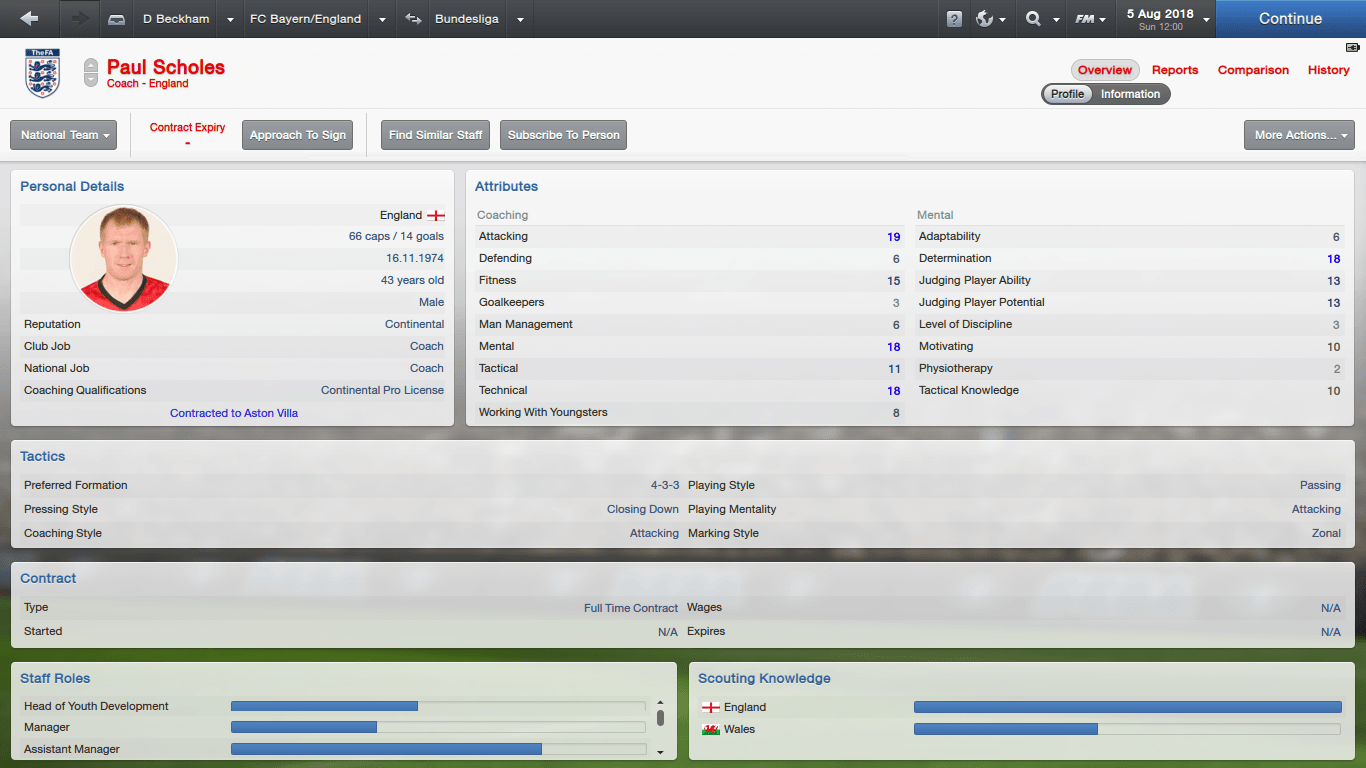 Another former Manchester United man, the Ginger Ninja Paul Scholes spent his entire career at Old Trafford much like Ryan Giggs and Gary Neville, and has 66 caps to his name. He shares another similarity with Giggs having worked under Beckham at Aston Villa, where he still remains his capacity as a coach. The former Manchester United players will have much to do to lead England back to their former glory. 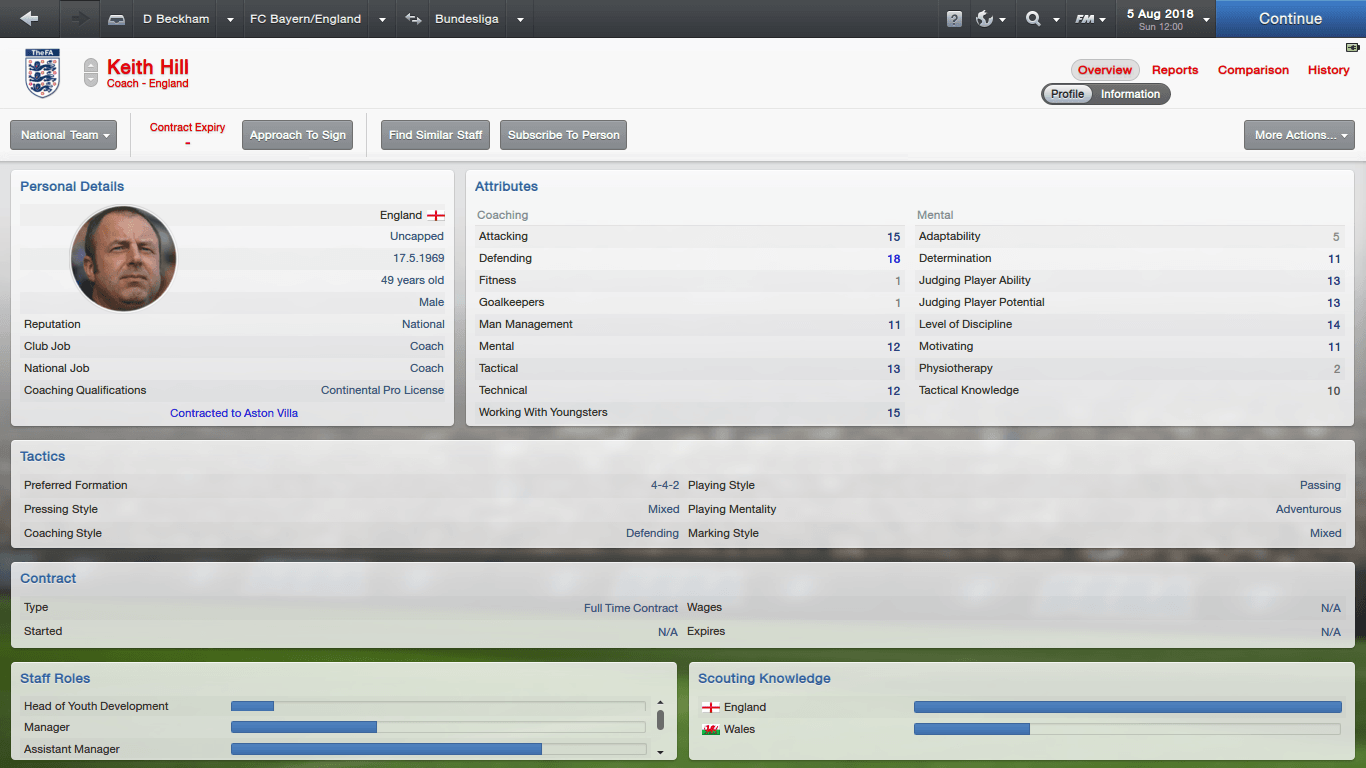 Although not as famous as the rest of the aforementioned names, Keith Hill is still a rather important figure and an experienced coach. Like Noel Blake, Hill spent most of his playing career in the lower leagues of England and was first team manager of Rochdale and Barnsley before. He eventually joined Aston Villa as a coach in 2015 where he worked with Beckham and will now rejoin the Bayern Munich boss in the England setup once again.
Login to Quote

A lot of Man United!
1
Login to Quote

A lot of Man United!

Because it's David Beckham

Deleted
9 years
Gone for some Irish and Welsh. Interesting
1
Login to Quote

Shay Given's played for me at Aston Villa and was my goalkeeping coach for a period while Giggsy is a pretty capable ass man. I've had him at Villa and Bayern. The only reasons why I've got an Irish and a Welsh

k1rups
9 years
Great update there man would have taken ages!
1
Login to Quote