Louis O.
9 years
The only bit worth reading is the regens, That isn't insulting the rest ofthe update, that's good too,but THOSE REGENS ARE ALL GODS! WORSHIP THEM!
1
Login to Quote

RandydeB
9 years
Yusuf and Roberto are Favoured personnel
Velez and Amrani are Icons
Ceballos has not yet proven himself, but has had some nasty injuries aswell
Login to Quote 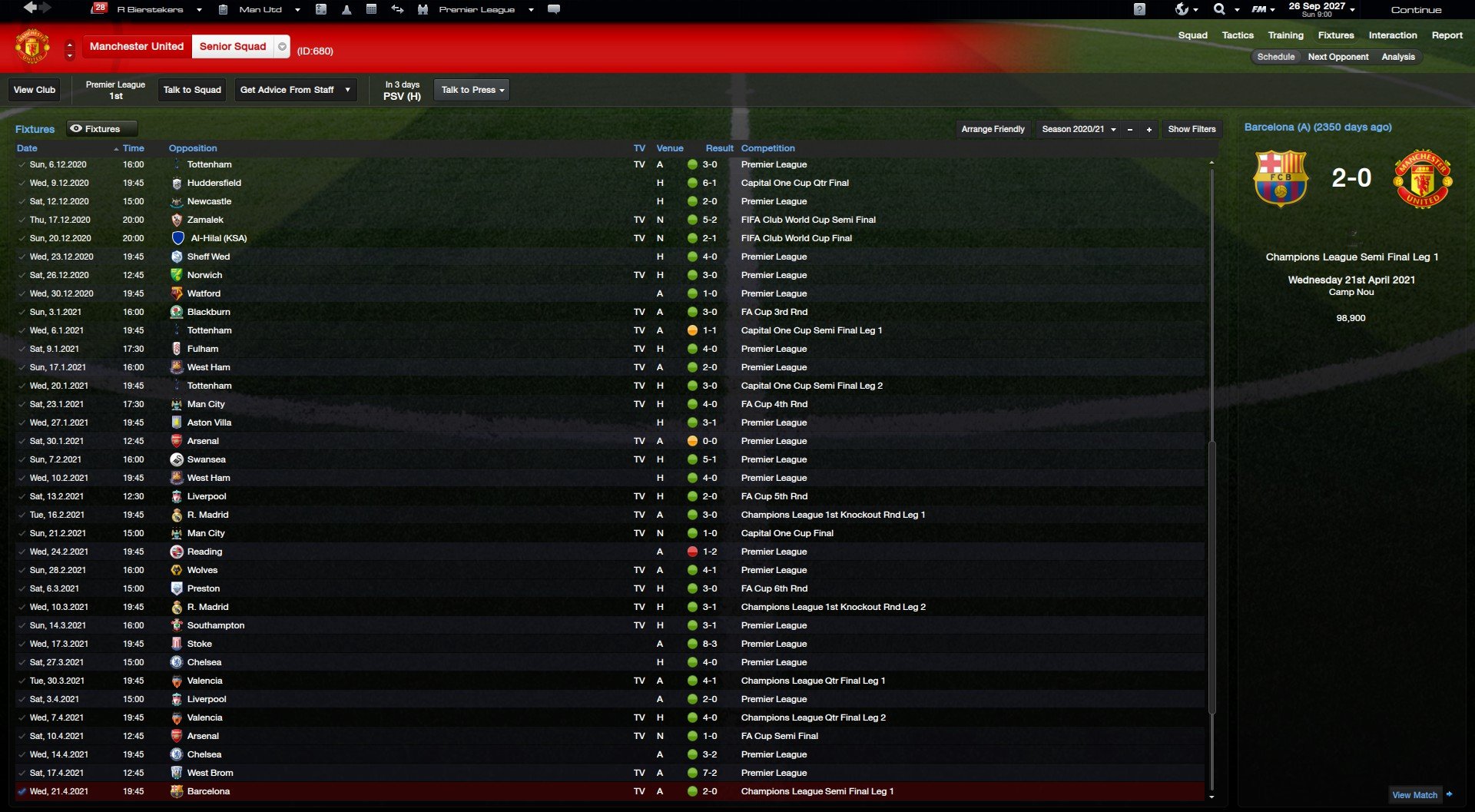 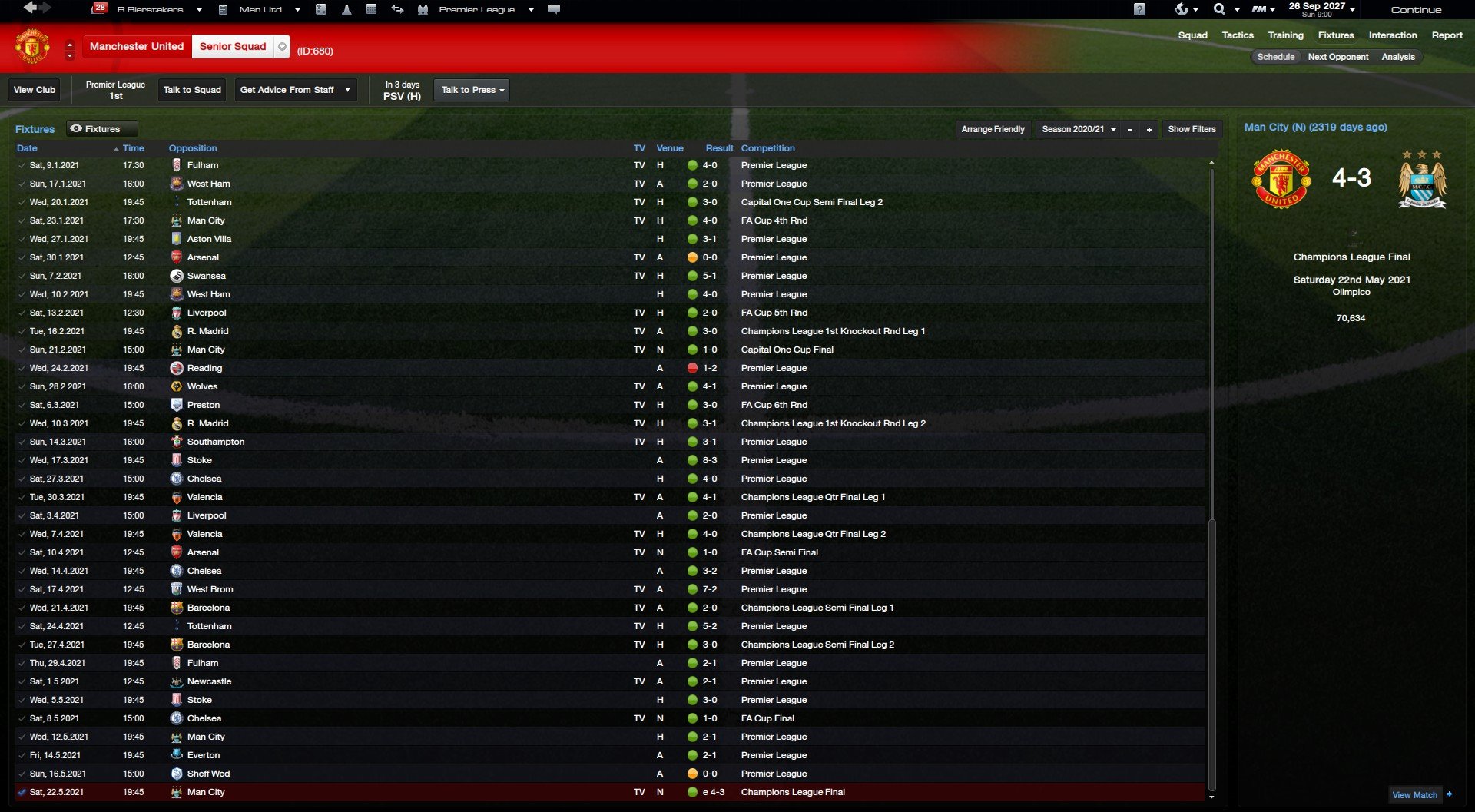 So yet another Football Season has come to an end, and there is one question that many people in the world of football, try to find an answer for.
Who is going to stop Manchester United and the Tactician Randy Bierstekers, after they made yet another great display this year.

Hello Randy and what a pleasure to have you here with us today.

Hello and it’s a pleasure to be here.

So how did the season go according to your opinion?

It went very well, but eventually we did lose a game, and that was against Reading which makes it even more shameful, Reading is a good team, but compared to some of the other teams around, you would expect us to lose to one of those instead of a smaller team.

Yet again you guys had a season full of goals, how does it feel to have a team which scores so easy?

Well I am very pleased with this teams hunger for goals, but in some of the games the opposition got to score quite easy as well, Stoke and Norwich for example managed to get in some goals as well, but overall we conceded far less than the other teams.
Although I wonder if we can keep this goal scoring frenzy up for a couple of years, eventually teams will find a way to counter our gameplay and then the amount of goals scored by us might decrease a little bit.

How does it feel to play against a rival on so many occasions as happened this year?

In the end it was starting to get somewhat annoying, of course playing against a rival adds something extra to the games or the finals we had to play. But trying to beat an unknown opponent in a final like Saint-Etienne in the CL a few years ago was more special and more of a challenge in my opinion.

You also managed to get a new record added to your name!

Ah yes we managed to get the highest point score in the PL up till now and the most goals scored so far. As I mentioned earlier we have had a good season and if we wouldn’t have lost against Reading we would have been unbeaten and scored even more points. But on the other hand who knows what might have happened in the games we played, so I am happy with the record as it is.

There are rumors you might bring in another group of very interesting young guys?

I’m not going into details on any transfers I already might have made, or that I am planning to make during the coming transfer period.

What were the most interesting moments of this season for you?

Beating Barcelona and Real Madrid where very interesting moments, and the Champions League Final was the best moment, the match had everything and eventually we won the game in extra time.

Akash
9 years
Two losses in one season, Randy? That's completely unacceptable!
Also, it is interesting to note that City were with you in the Champions League final. Is it safe to assume other teams have deteriorated or you two just too good for anyone else to have a chance?
1
Login to Quote

RandydeB
9 years
I know it's unacceptable, but it happens sometimes.
Well we both have very good players at our disposal so it's not entirely uncommon to see us in the final of some competitions. But i think screenshots of the table might be a nice addition from now on to give a better sight of which team is performing well and which aint.
Login to Quote

A look back on Randy’s Career so far!


For a look at Randy’s career we go back to his stats achieved up till January 2019. 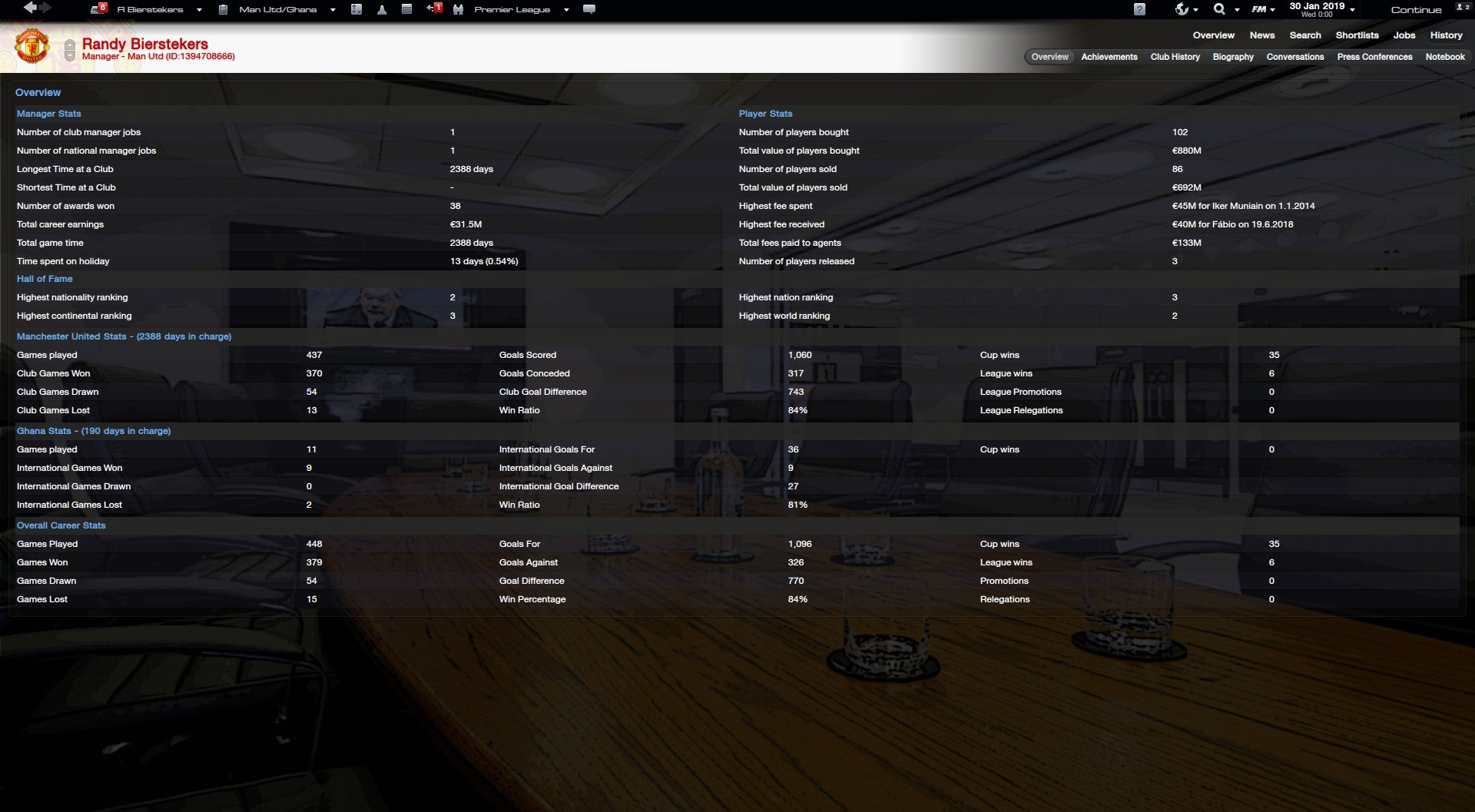 There might have been coaches in the past that did even better than this but so far in the current days of Football, Randy is one of the few with this amazing track record.

Where will it stop and how will Randy be stopped, since it looks like he has an answer ready for everything the opposition tries to throw on him, from aggressive to defensive football and from kick and rush to tiki taka, he seems to be able to counter it all, but of course even his tactics or plans may fail every now and then.

Even though his record seems impressive not everybody likes Randy as much. Some players hate the fact they miss out on frequent game time, while managers hate the young and successful manager for grabbing away all the prizes they wanted to win.

While Randy tries to give all of his players game time (according to him) some don’t seem to fit in his tactics and/or do not pay any contribution towards the team, but yet we still see almost every player on the field at least once. But eventually those players end up somewhere else as well developed players ready to prove their worth to their new manager.

What is more frustrating for a manager then losing out on prizes like the CL and Super cup against a Manager who is only 31 and when he just started only aged 24. This was younger than some of the players in the UTD squad at that moment. So compared to most of the coaches who are already passed their 40’s this can be hard to deal with.

But there are also Managers which are impressed by his skill and tactical knowledge, and try to adopt some of his style towards their own working method. While the basis for Randy’s tactic is a 4-3-1-2 the players easily switch to a 4-2-3-1 style of play or even 4-5-1. And so far this has brought the team a lot of success and an amount of goals in some of the seasons hardly any team has managed to reach.

In our opinion, Randy is one of the best Managers around and while he struggled with the finance issues at United in the start, it now seems United gets in way more than they are spending, and thus the financial situation has improved a lot. If he can keep this record up remains to be seen but what he has shown us up till now can only be a sign towards even more success.

Toon
9 years
Great career so far, sure to get even better!!
1
Login to Quote

Louis O.
9 years
Both losses to Reading. I assume they came 2nd.
Login to Quote

so it was actually only 1 lose, and reading finished in the top 10
Login to Quote