DeanByrne1995
8 years
What do you use to get the images of the crest like that? Looks amazing!
1
Login to Quote

k1rups
8 years
Ademilson is the definition of monster! Awesome season for him

Glenn T
8 years
Mickzter: I am honored you have chose my story for your 69th!

Glenn T
8 years
I have only just realized this, but David Beckham: From Hero to Zero is now the MOST REPLIED thread/story in FM Scout. 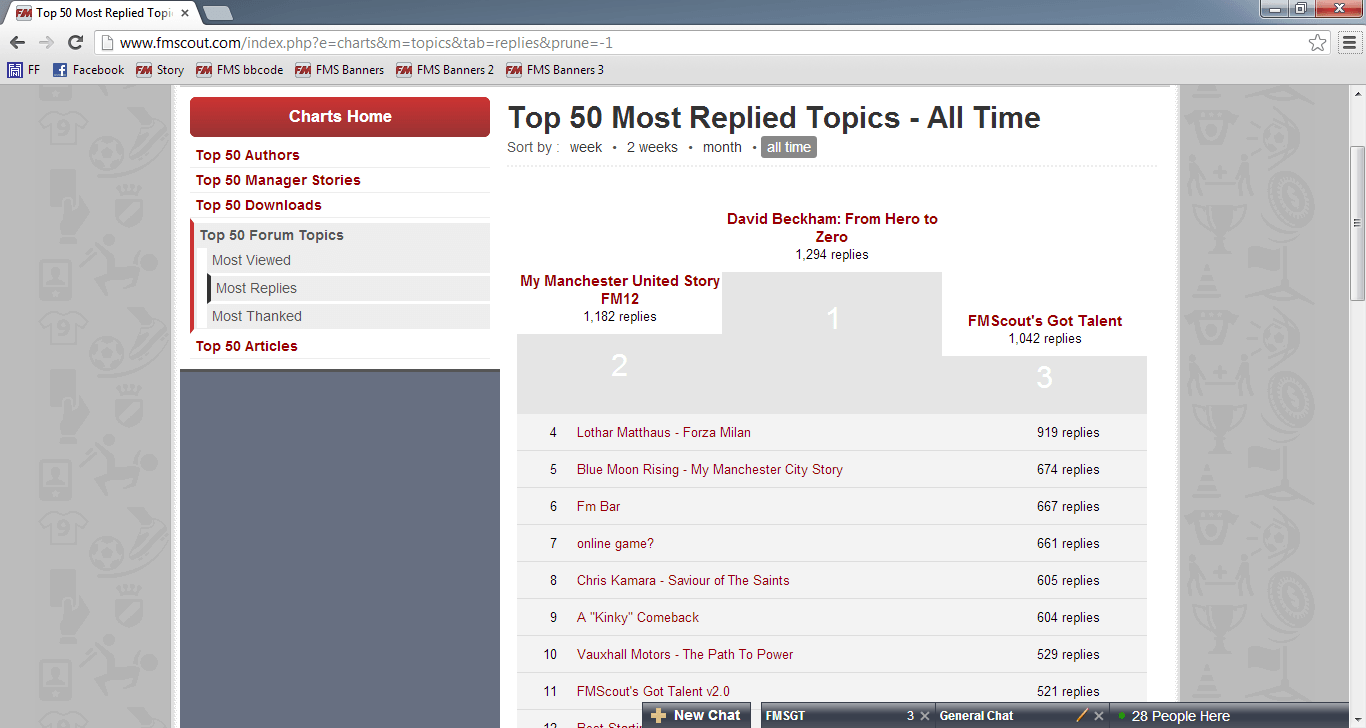 It is also the story with MOST VIEWS on FM Scout as of now. 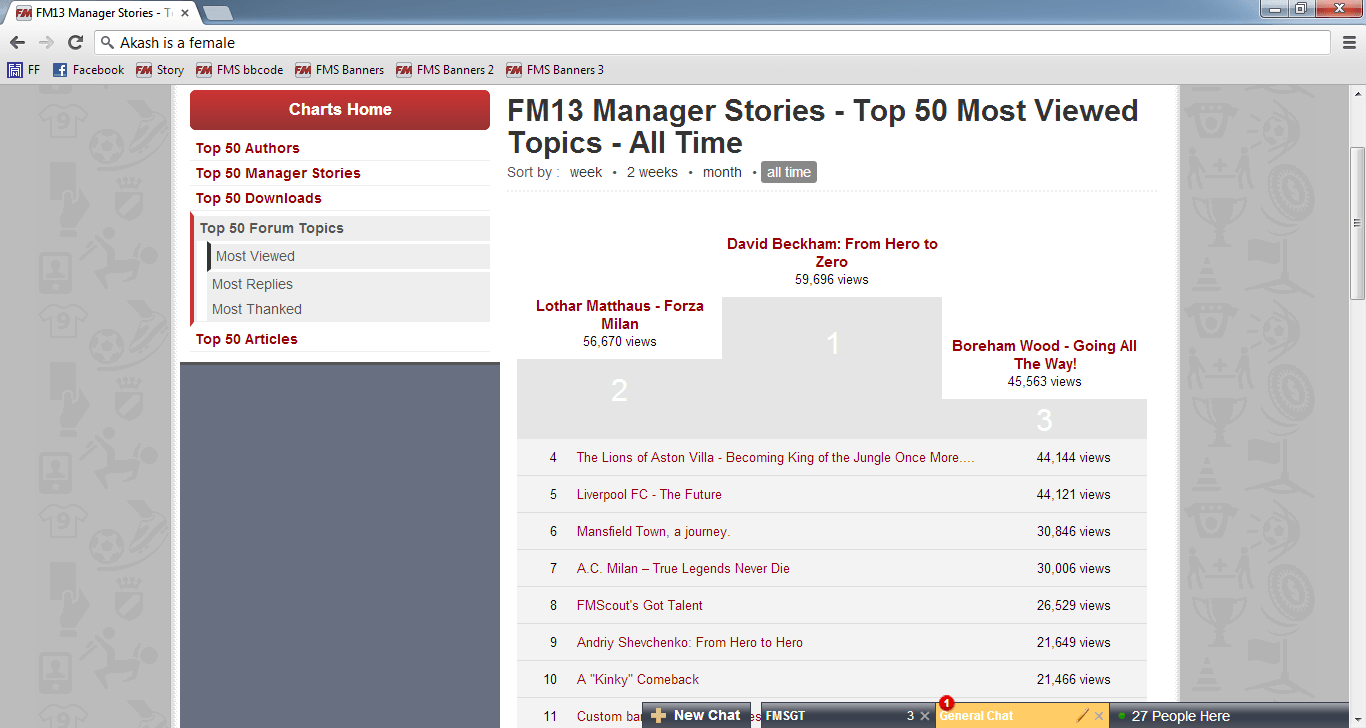 For me, these are two massive achievements and I just want to thank every reader for helping me to make this happen.

When I just started this story, the main aim was always to get into the top three on the most views chart. There was never a target to top the charts because I didn't think I could accomplish something as awesome as that but I've done it thanks to all of you. So thank you, once again.

THANK YOU!
Login to Quote 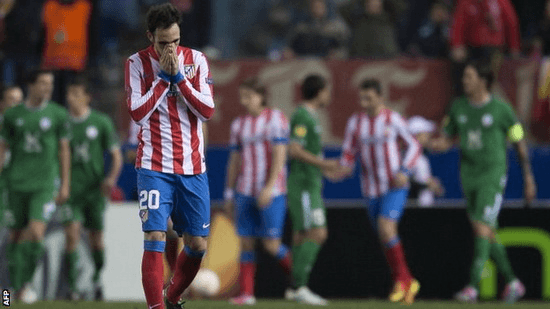 After losing 2-0 in the first leg of the Champions League Semi Final at home, Atletico Madrid fought back at the Allianz Arena to win 3-2 against Bayern Munich.

Unfortunately, the fightback was futile as Die Bayern is through to the Champions League 4-3 on aggregate.

With most of the first team in danger of suspension if they got another yellow card, star striker Ademilson included, Bayern manager David Beckham chose to risk a team of only four to five first-team players including Toni Kroos, while also fielding backup squad members and youngsters to fill in for the suspension-endangered players, like Jacob Glibo and Bahri Tuna. 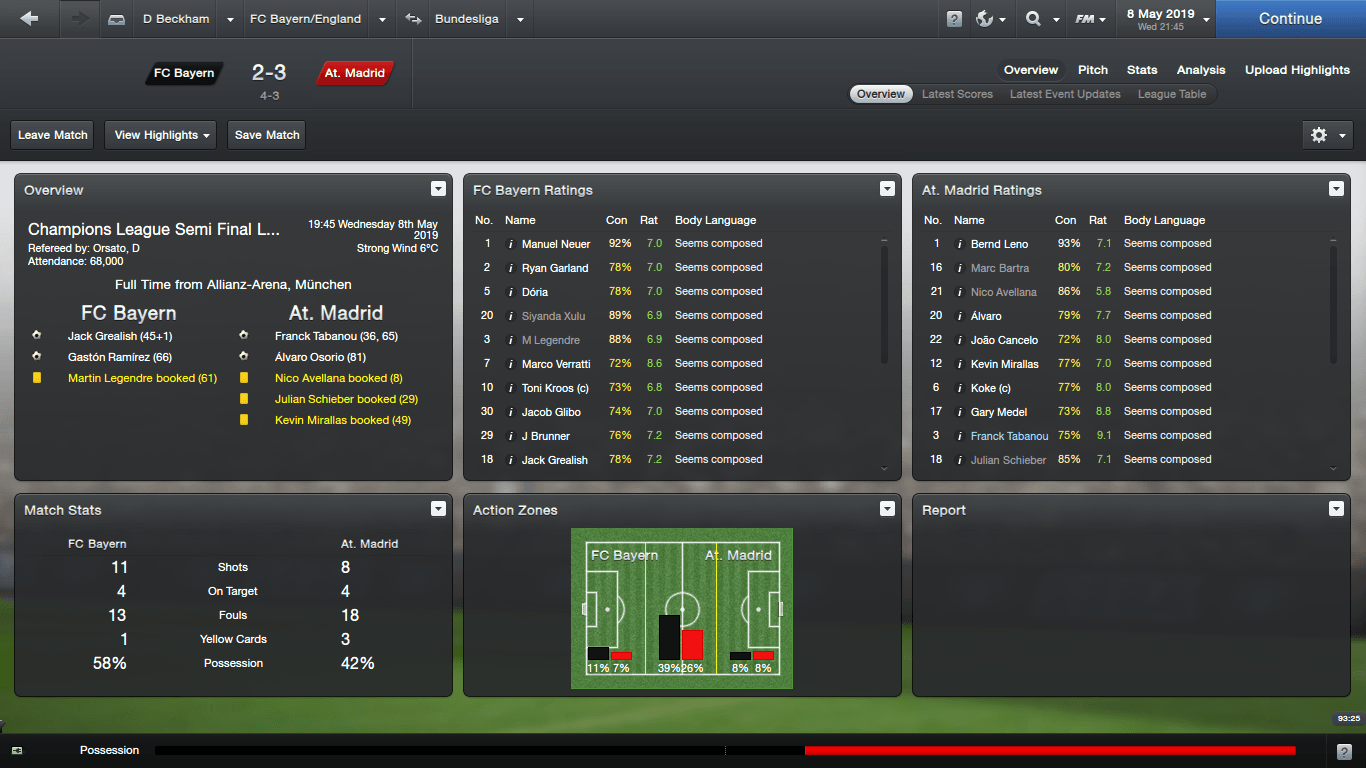 The Bavarian giants will face North London side Arsenal in the Final after the Gunners beat Juventus in the Semi Finals.

Arsenal, who play in the Premier League, boasts a squad of players like their captain Jack Wilshere. Beckham will know how good Wilshere is, having been managing the 76-capped player as head coach of the England national team. Former Bayern Munich player David Alaba will also return to play against his former team, and will be a constant danger Beckham's boys will have to look out for.
Login to Quote

k1rups
8 years
You sire have an amazing story and deserve the views and comments and this will only continue!! Great win against Atletico and you have a very winnable final against Arsenal! Great update Glenn
1
Login to Quote

2013-05-29 20:59#106256 k1rups : You sire have an amazing story and deserve the views and comments and this will only continue!! Great win against Atletico and you have a very winnable final against Arsenal! Great update Glenn 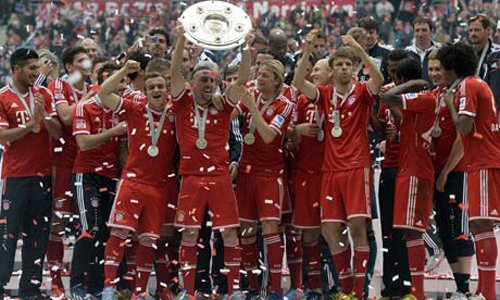 Bayern Munich have been confirmed as Bundesliga champions with 1 more game left to play in the league.

With Borussia Dortmund losing 3-1 against Hamburger SV, Bayern then won in their game against Frankfurt and are clear at the top by 5 points, thus confirming their status as title winners.

Ademilson struck his 43rd league goal of the season, Fedele Lenti got a header in and Johannes Brunner won the man of the match with an impressive brace. 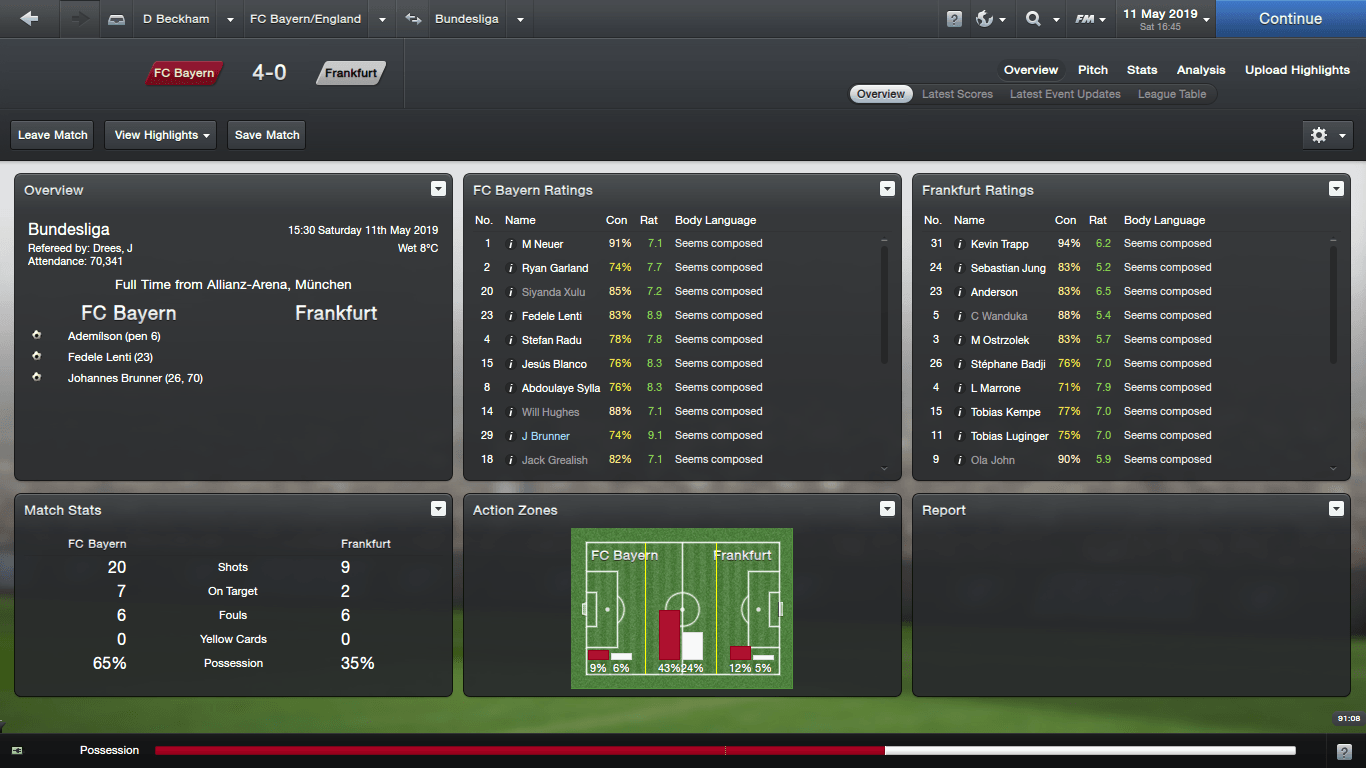 This title will be Die Bayern's 25th Bundesliga title, and also their first one since 2016. Schalke and Freiburg have won it in the past two seasons, but the Bavarian giants have finally wrestled it from them largely through the help of prolific striker Ademilson and of course, manager David Beckham.

"I knew David would accomplish this," Bayern legend Franz Beckenbauer revealed. The former Bayern Munich player and director had called for the board to back their English manager after rumors surfacing he would be sacked early in the season. "The board were lucky they stuck with him. Now look what he's brought them. The Bundesliga, a possible quadruple. It's extraordinary."

Captain Philipp Lahm and vice-captain Bastian Schweinsteiger, having lost their places in the first team as of late, were not included in the line-ups for the match but ran onto the pitch to celebrate anyway as full-time came, with Lahm lifting the trophy officially as captain, sparking reminders of John Terry's pitch invasion when Chelsea won the Champions League in 2012.

Bayern has an average squad age of 24 and Beckham said after the match, "These youngsters have been excellent and shown what they are capable of with this Bundesliga win. We are going to build on this and in a few years' time, Bayern Munich are going to be better than they ever were."

Both fans and players of the Munich club will surely be partying all night. 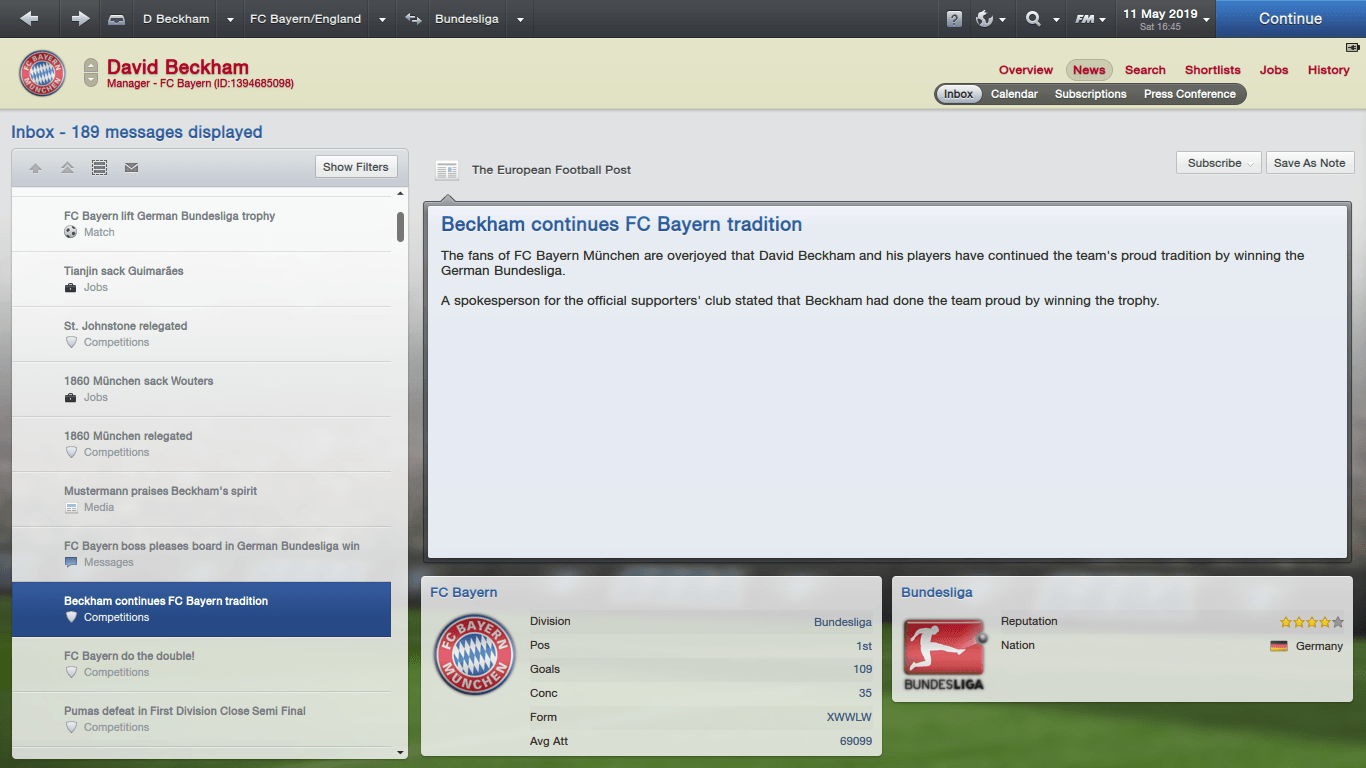 Jamesg237
8 years
Huge congrats. After all the pain you suffered with Aston Villa it is great to see that your efforts have been rewarded. Ambitions for next season? Sticking with FC Bayern?
1
Login to Quote

I think I am sticking with Bayern.

We are the champions!
Login to Quote