Search
On FM Scout you can chat about Football Manager in real time since 2011. Here are 10 reasons to join!
Home › Downloads › FM 2022 Download Area ↓ 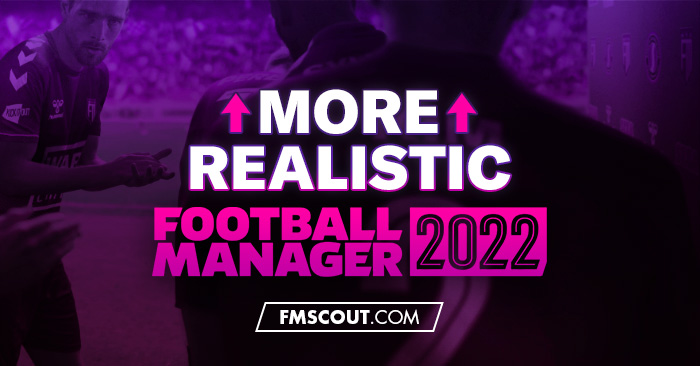 We introduced you to such a list last year for the first time and it was greatly received. So we just had to do it again.

Certain addons are available as packs which include multiple files. And since these files are created by different people, there are some cases of files that do similar things, so you'd have to choose just one to avoid data conflicts.


You can only use 1 of the 2 competition color patches below.

A facelift to in-game competitions which are not licensed or are using their nations primary / secondary colours.

A non-numeric attribute skin for Football Manager 2022 by Sebastian.

Hide Attributes (on any skin)

This tutorial explains how to turn any FM skin into an attribute-less skin without skinning knowledge.

Fix fake name of competitions, clubs and awards with their real names in Football Manager 2022.

This is the best Football Manager transfer update and it comes with nearly daily repacks.

Around The Globe Megapack

Adds more than 1,020 real life agents and their connections to 13.000+ players/clients.

You can only use 1 of the 2 patches below.

Created more than 200 new player and staff to add in your game.

Updates player/staff attributes based on their real life season form. Fills many empty attributes and also deals with attribute anomalies.

Adds a lot of missing data for almost 700 1st and 2nd division clubs in 150 nations worldwide.

You can only use 1 of the 2 award patches below.

Fixes all missing and illogical award-reputations in all nations and in all international competitions as well.

You can only use 1 of the 2 derby patches below.

Adds more than 550 derbies all around the world and adjusts their reputations.

Adds 300+ missing derbies from clubs and nations in over 50 nations.

Corrections for 95 nations for "years to gain nationality".

You can only use 1 of the 2 patches with general changes below.

Thousands of changes to improve the gaming experience. Also created people missing from the game.

Struggling to choose which addons to pick? Jake highlighted a few of his fav.


I will keep updating this list from time to time to ensure it always reflects all the quality addons that raise the realism in Football Manager 2022.