TheMS99
7 years
Funny that you haven't mentioned 1999 yet (beckham setting up the two goals for united against Munich) good luck at munich and hope your exams went well. also, one last thing, is that you on a toilet?
1
Login to Quote

Thank you! I haven't gotten back my results yet but I certainly hope they went well.

And yes it is! 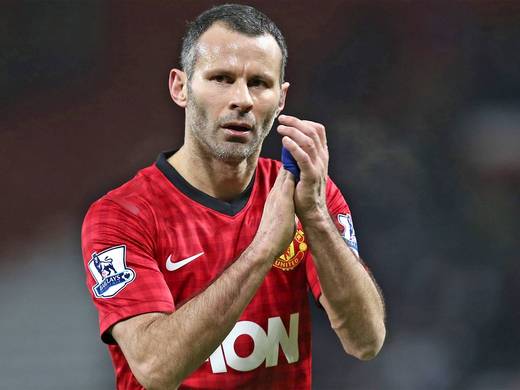 Typically, a majority of the new staff has worked under Beckham at Aston Villa. 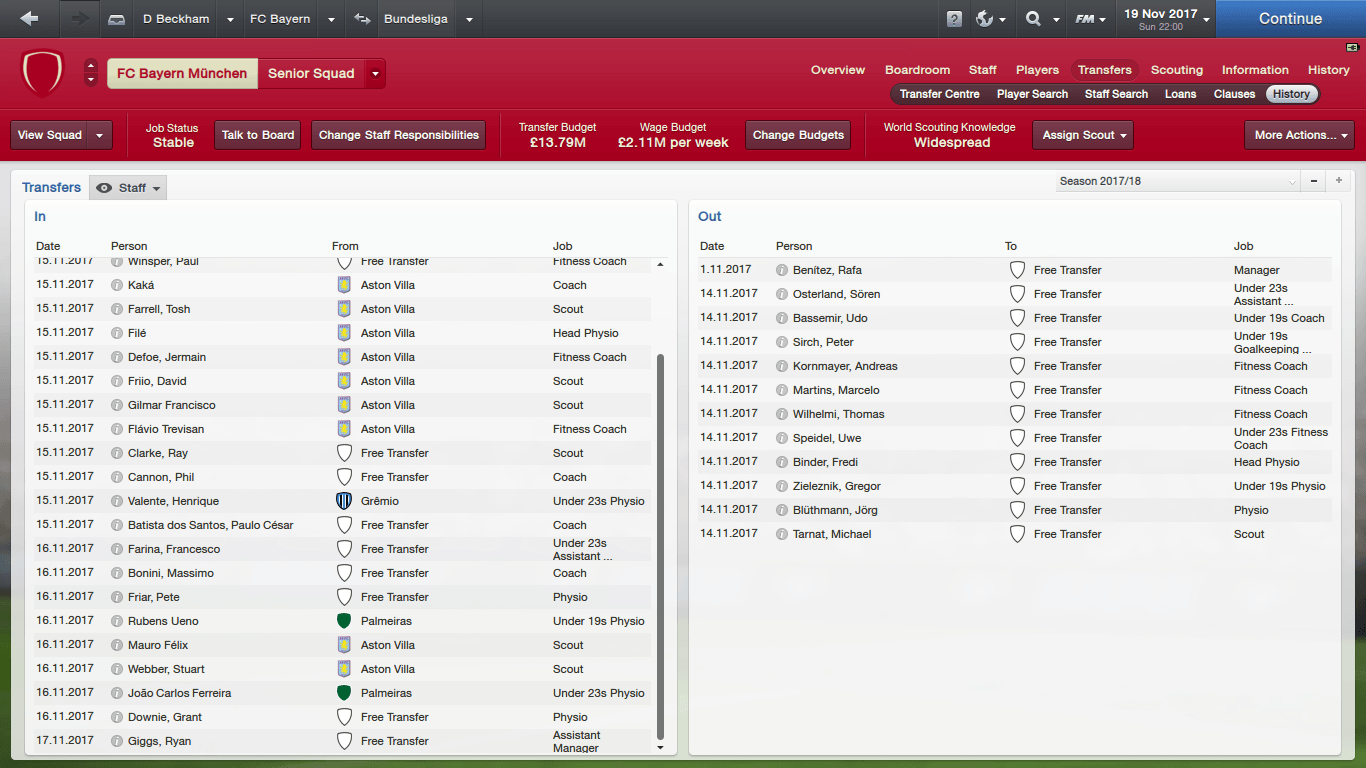 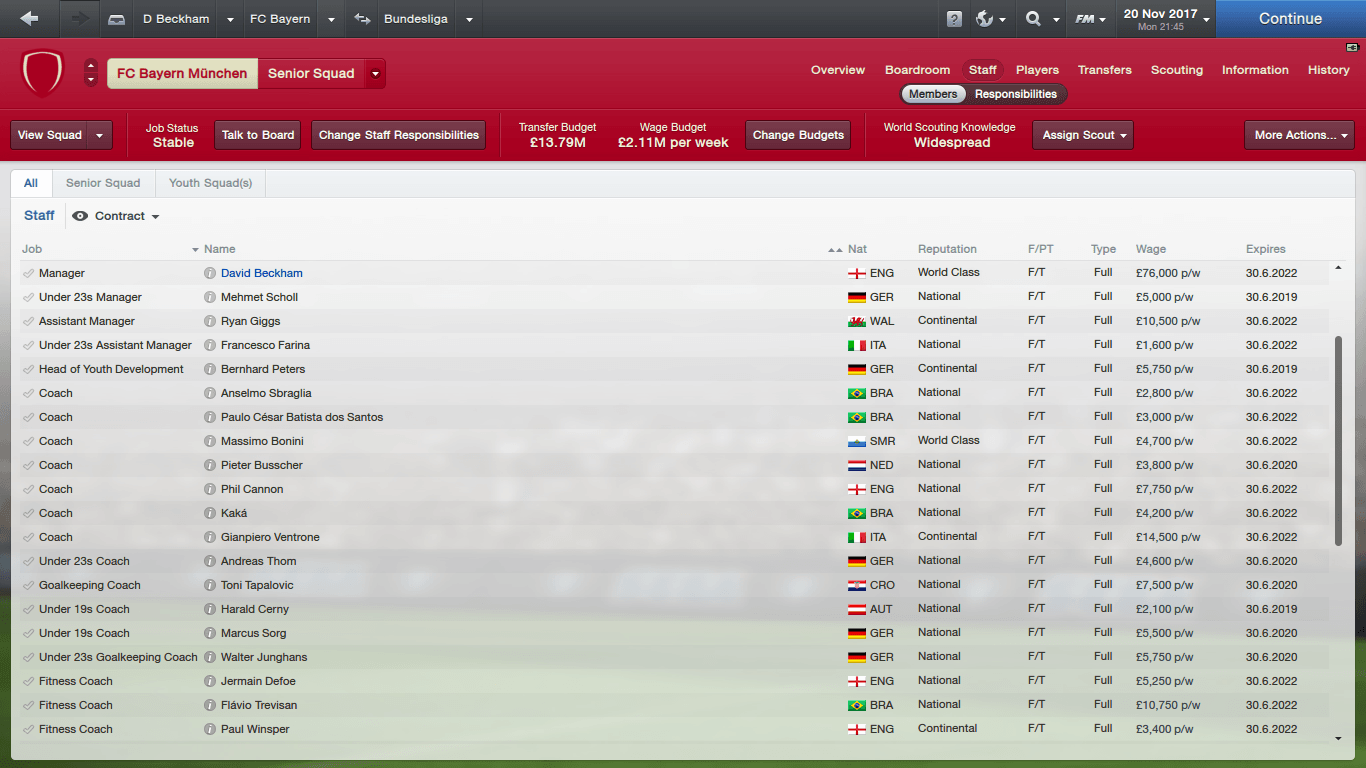 Gianpiero Ventrone has also switched roles from assistant manager to coach. The 56-year-old Italian was former manager Rafa Benitez's right-hand man but has been demoted to make way for Ryan Giggs, who has also worked with Beckham at Aston Villa.

43-year-old Giggs was teammates with Beckham when they played together at Manchester United and the Welsh legend linked up with Aston Villa in 2014 right after retirement from the beautiful game. Kaka is also one of many Aston Villa coaches who has decided to join in Beckham's project at the Allianz Arena. The 35-year-old played under Beckham between 2014 and 2016 and will be an inspiring figure among the coaching staff. 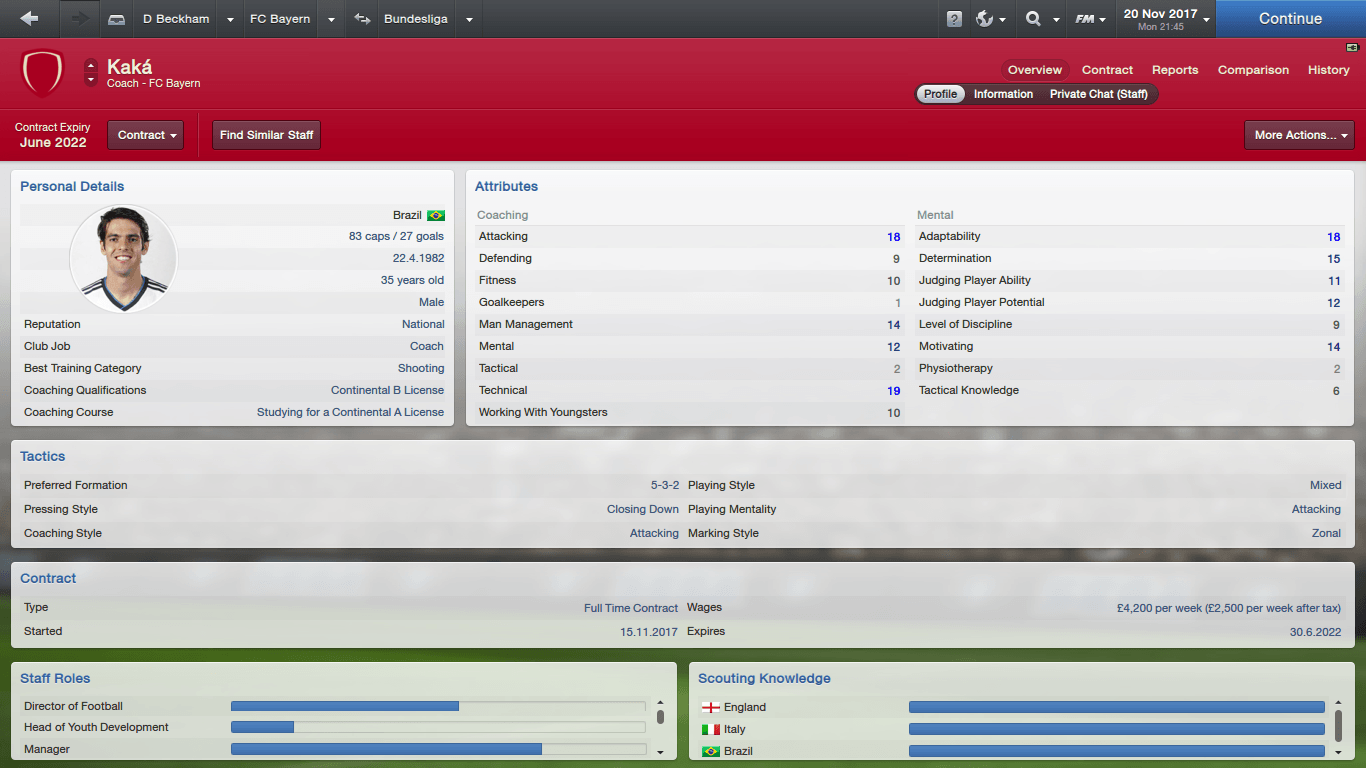 With the introduction of his new staff team, Beckham is already implementing his leadership and spreading his influence through Die Bayern - and it won't be long until change catches up with his playing squad as well.

Giggs and Beckham's first Bundesliga match will be against Aachen on the 25th of November.
Login to Quote

k1rups
7 years
Major staff overhaul! Hope they do a good job for you again
Login to Quote 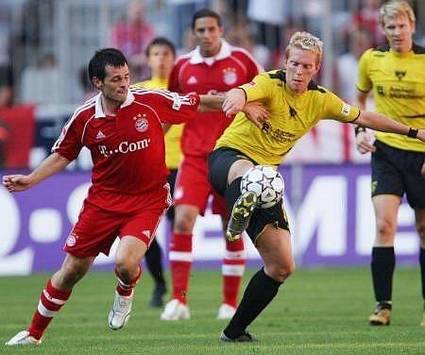 Bayern boss David Beckham has made a winning start to life at the Allianz Arena with a 2-3 win over Aachen. It was quite the debut for Beckham who was pictured screaming in frustration on the touchline as his team went 2 goals behind.

However, star man Toni Kroos struck the back of the net with a free kick to make it 2-1 at half-time.

Bayern trooped out all set to fight for all the points they could salvage from the match. Romelu Lukaku, replacing Fabio Borini at half-time, equalized for Die Bayern with a brilliant finish and then bagged his brace and three points for his team with a header from a Kroos free kick on 82 minutes.

This will certainly help improve Lukaku's chances of being Beckham's first choice striker, who has admitted that he is torn between the selection of Borini and Lukaku.
Login to Quote

Beckham's first two games in charge of Bayern Munich have gone quite well with a 3-2 win over Aachen followed by a 4-0 crushing of Hannover. 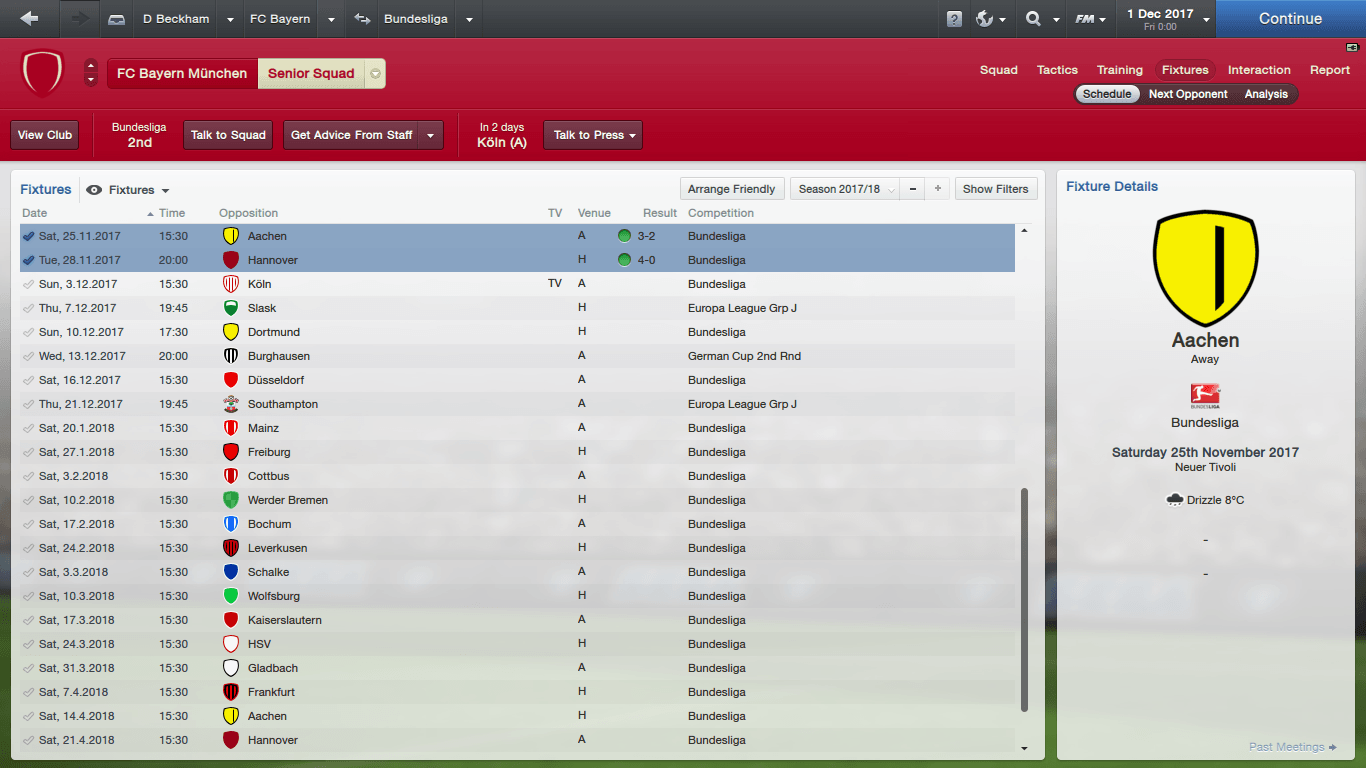 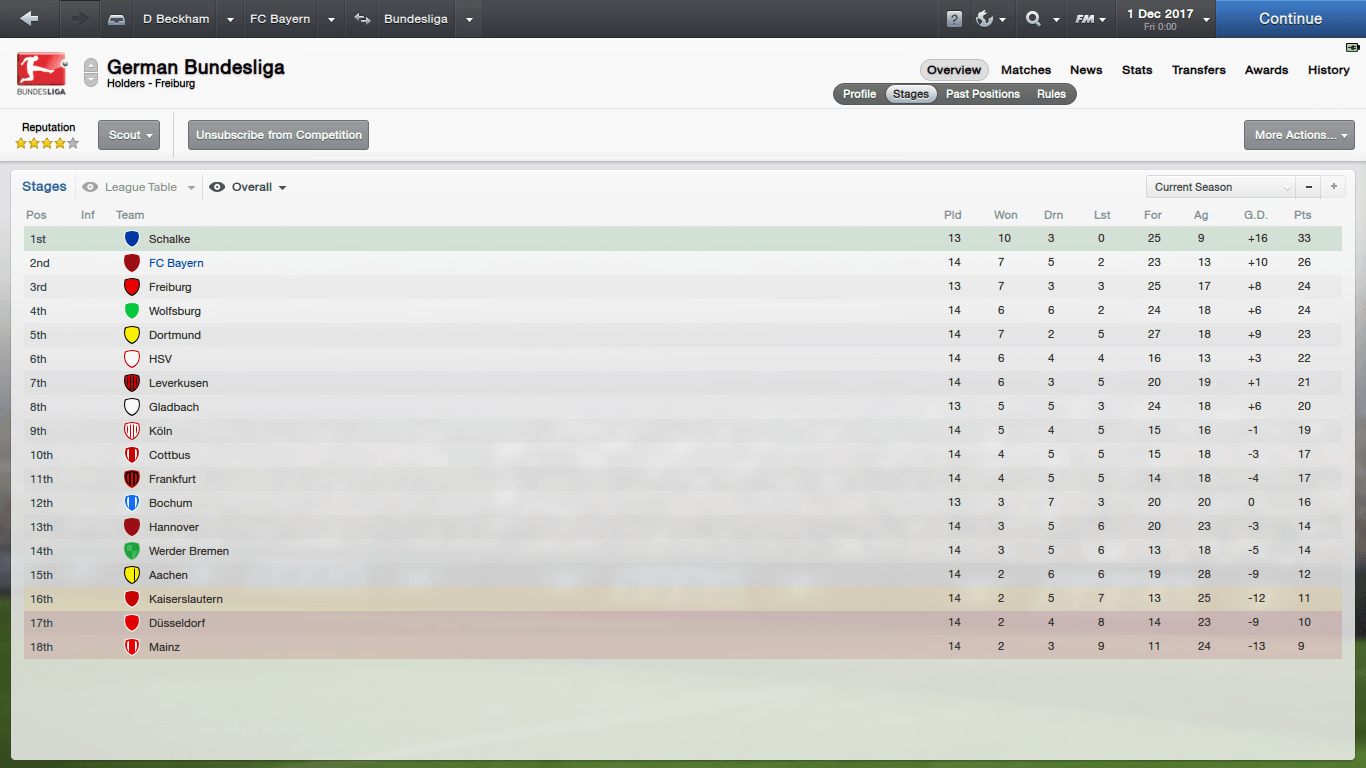 k1rups
7 years
Good comeback mate at least you're off to a winning start!
Login to Quote

TheMS99
7 years
ah well about you not knowing about him setting them up, and LIVERPOOOOOOOOOOOOOOOOOOOOOL!!!!
good start at bayern and also:
WHY THE IMAGE EVEN THOUGH IT IS HILARIOUS!!!???
1
Login to Quote

Chris
7 years
Any transfer targets for the upcoming winter window?

and great to see the story back!
1
Login to Quote

Glenn T
7 years
Thanks for all the nice comments guys.

I just thought it was time for a change in avatar

Blue
7 years
You shouldn't be updating, get on with your revision