Search
On FM Scout you can chat about Football Manager in real time since 2011. Here are 10 reasons to join!
Home › Downloads › FM 2021 Download Area ↓ 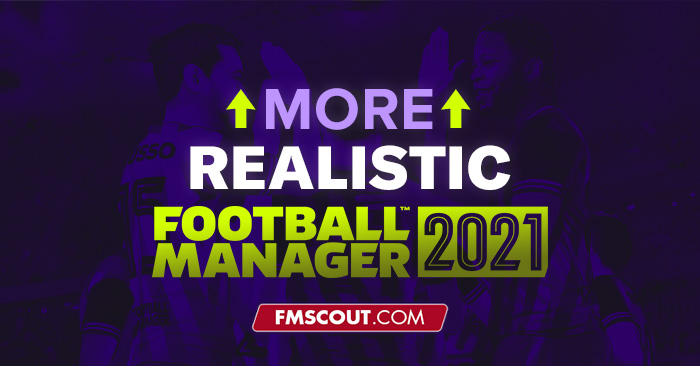 Thanks to Daveincid for helping me curate this list of addons.


Certain addons are available as packs which include multiple files. And since these files are created by different people, there are some cases of files that do similar things, so you'd have to choose just one to avoid data conflicts.

Improve the look of your trophy lift with competition specific podiums.


You can only use 1 of the 3 competition color patches below.

A facelift to in-game competitions which are not licensed or are using their nations primary / secondary colours.

3D Ball Pack for over 150 Competitions! Use a ball for each competition!

Turn that sea of orange to a sea of neutral colors. A mod for more realistic crowd colors.


You can only use 1 of the 2 audio patches below.

Realistic Sound patch for crowd sounds that are better than the default ones. Only crowd sounds.

No Attributes and No Stars to guide us on player assessment but there are ways to work this around.

Fix fake name of competitions, clubs and awards with their real names in Football Manager 2021.

This is the best Football Manager transfer update and it comes with daily repacks.

Replicates the financial situation of all Nations more accurately to their current situation IRL.

Teams should focus more on their youth. No inflation of wages. Better financial balancing for long-term saves.


You can only use 1 of the 2 transfer value patches below.

You can only use 1 of the 3 league expansions below.

100% authentic footballing pyramids from 155 nations all around the world. Real Rules and Real Clubs.

Around The Globe Megapack by Dave

You can only use 1 of the 2 injury patches below.

Added 90 NEW injuries, and reworked 90% of injuries to be more logical.

Updates current injuries and adds 70 more to a total of 202 types for more diversity and realism, while slightly lowering some severe injuries odds.

Every actively used language in the world is added to the game with statistical accuracy.

You can only use 1 of the 2 media patches below.

About 250 new media sources of every kind from all around the world.

Adds more than 1.000 real life agents and their connections to 13.000+ players/clients, including every relevant relationship status as well.

You can only use 1 of the 2 wonderkid patches below.

Newly created young players, aged U20 with a potential ability over -75, making them the future world class players.


You can only use 1 of the 2 ability patches below.

Updates player/staff attributes based on their real life season form and after extensive comparison between all top leagues' players. Fills many empty attributes and also deals with attribute anomalies.

You can only use 1 of the 2 youth rating patches below.

Note: This might create problems with team reputations in less known leagues.
You can only use 1 of the 3 patches with general changes below.

Around +1500 changes to improve the gaming experience. Also created people missing from the game.


Struggling to choose which addons to pick? Steve highlighted a few of his fav.


I will keep updating this list from time to time to ensure it always reflects all the quality addons that raise the realism in Football Manager 2021.